A Playwright Haunted by the ‘Children of the Disappeared’ 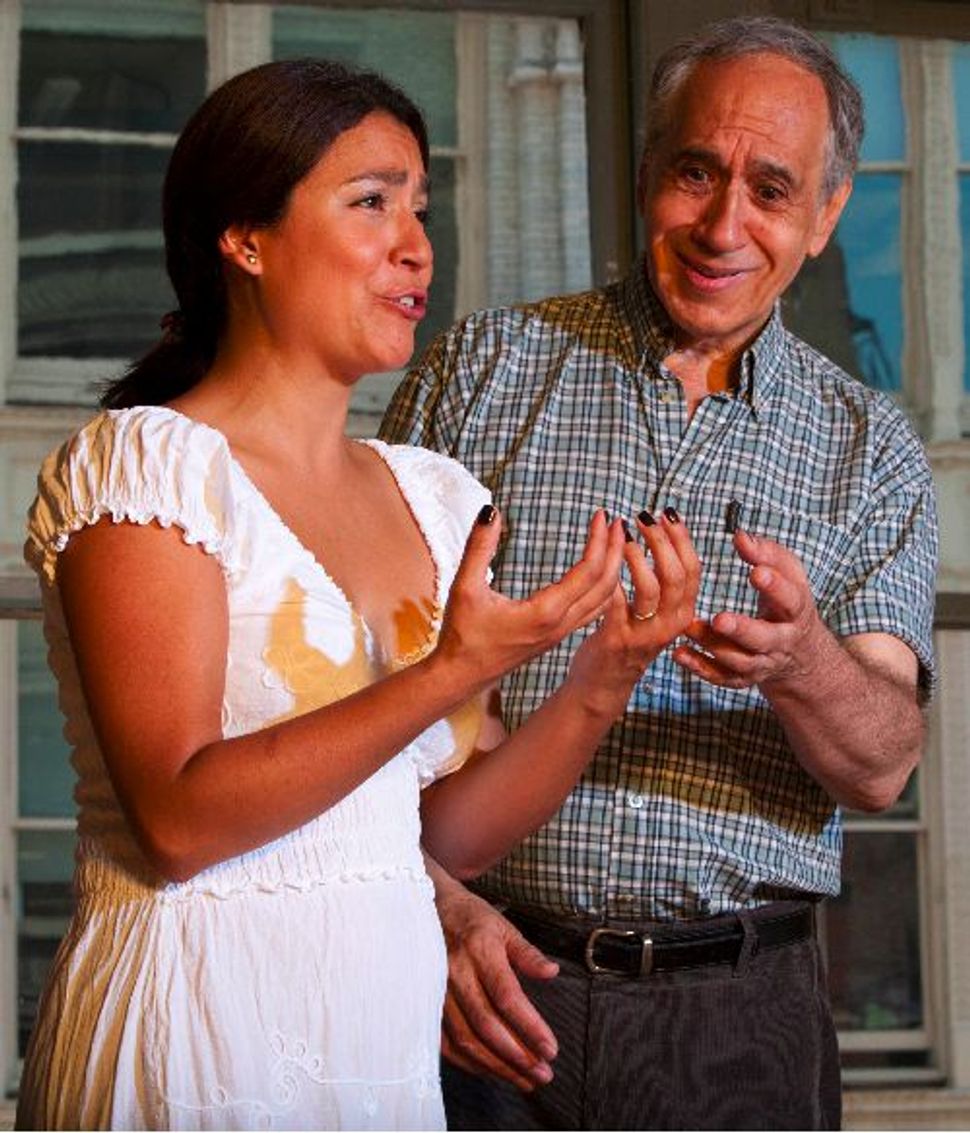 ?Memory Is a Culinary Affair? recounts the impact of Argentina?s Dirty War on one Jewish family. Image by Jorge Ochoa

In addition to preparing Wegsman for the countless hours of research for the heavily historical “Memory,” her journalism training aided her as the producer and press agent for her new work. Wegsman had to tackle both of those roles on her own, a testament to the all-encompassing effort needed to get a new play off the ground.

Part domestic drama and part historical document, “Memory Is a Culinary Affair” recounts the impact of Argentina’s Dirty War (1976-1983) on one Jewish family, forced to escape abroad amid threats of torture and incarceration. The central character, Carina, is now living in New York City and is haunted by the memory of her mother, a casualty of dictator Jorge Rafael Videla’s concentration camps. Central to the proceedings is the plight of the Children of the Disappeared (the Desaparecidos) — young people stolen from their families or born into imprisonment during Videla’s dictatorship, many of whom are still unaccounted for.

Like her central character, Wegsman, 42, was a child when the Dirty War rocked Argentina. But the story of “Memory is a Culinary Affair,” thankfully, is not “her story.” Wegsman was born and raised in Buenos Aires, where she went to college and received a bachelor’s degree in journalism and a master’s degree in education. After completing further graduate study at the Hebrew University of Jerusalem in Israel, Wegsman immigrated to the United States in 2000, where she worked as a translator and freelance writer, married, and had a son and a daughter (ages 8 and 11, respectively).

Wegsman got the idea for her play about six years ago, when she interviewed South American exiles who were returning to Argentina. “People were telling me my dialogue in my writing was kind of cool, so I took some [playwriting] classes and started writing,” she said. “Memory” took two years to complete, and was originally done in Spanish. “It was years and years of hard work, but it was a work of love,” Wegsman said. “A lot of friends helped me.”

That hard work seems to be paying off. The Spanish-language version of “Memory” won a prize at the 2007 MetLife Nuestras Voces National Playwriting Competition at Repertorio Espanol in New York; this most recent production marks its English-language debut. Now that the play’s run is complete, Wegsman hopes to find a larger venue and a longer run for it. “To take it to the next level I need a producer,” she said. “I can’t do it again by myself.”

A Playwright Haunted by the ‘Children of the Disappeared’