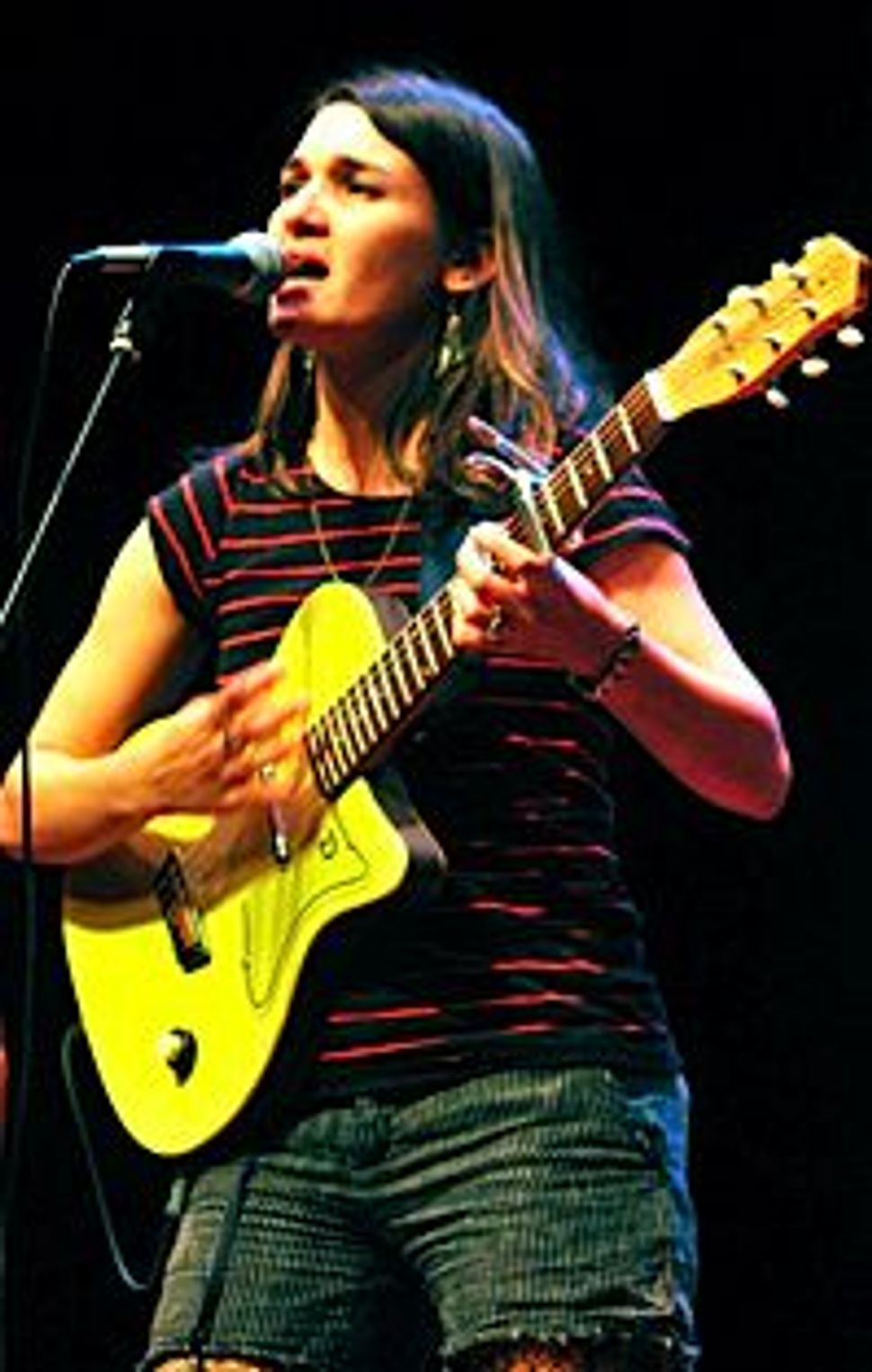 Alicia Jo Rabins, one of three Alicias who will be participating in Jewish Art for the New Millennium. Image by Michael Pollio

The event will feature an eclectic mix of genres, mediums and generations. Each artist will perform a set, then all three will come together in a collaborative work, and finally, a panel discussion will follow. From the official bios:

Alicia Svigals is a violinist and composer, a founder of the Klezmatics and of the all-women band Mikveh, and is considered to be one of the world’s foremost klezmer fiddlers. She has taught and toured with violinist Itzhak Perlman, and is a past winner of the first prize at the Safed Klezmer Festival.

Alicia Ostriker is a major American poet and critic. Twice nominated for a National Book Award, she is author of 12 volumes of poetry, most recently “The Book of Seventy” (2009), which won the Jewish Book Award for Poetry. As a critic Ostriker is the author of two path-breaking volumes on women’s poetry, “Writing Like a Woman” and “Stealing the Language: The Emergence of Women’s Poetry in America.” She has taught midrash writing workshops in the USA, Israel, England and Australia.

Alicia Jo Rabins is a violinist, singer, songwriter, and poet living in Brooklyn, NY. She is the fiddler in Golem and has toured Central America as a cultural ambassador of American folk music for the U.S. State Department. Her own band, Girls in Trouble, plays original art-pop songs about women in the Torah and will embark on their first European tour to England, Sweden and Italy the night after this performance. Alicia’s poems have been published in Ploughshares, the Boston Review, and 6×6, and anthologized by NYU Press and Knopf.