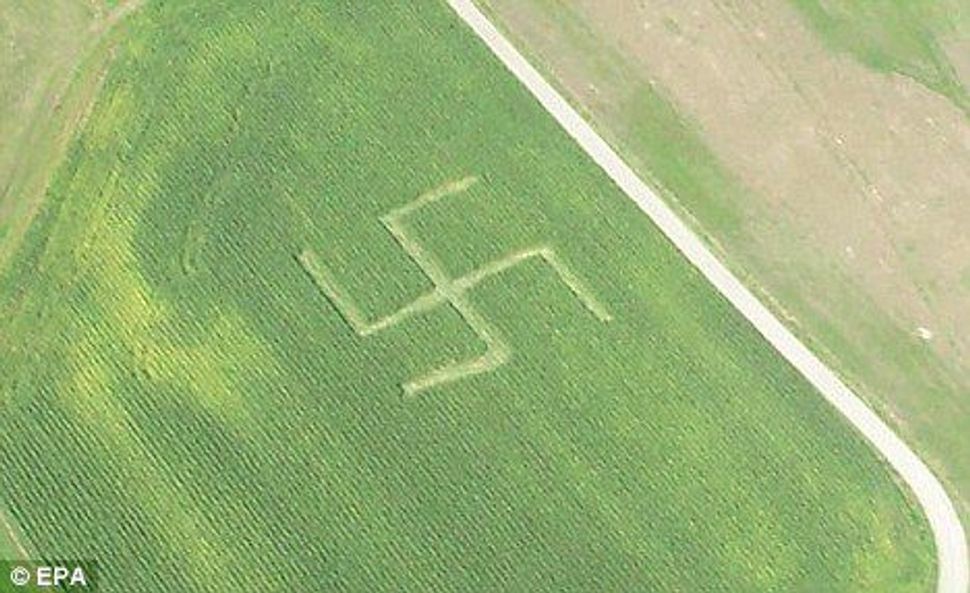 As the British tabloid the Daily Mail reported yesterday, authorities believe the perpetrators trampled the ground to create the shape — so big that it is visible from the air, and so precise that “authorities believe they are dealing with hard-core neo-Nazis, rather than drunken yobs” (their words, not ours).

The swastika was first reported by a photographer, who saw the image while flying over the field.

But this is not the first time something like this has happened. The article also notes an incident in 2000, in which “German authorities chopped down dozens of russet-colored larch trees that had been planted to form a giant swastika in a forest of evergreen pines.”

Regardless of the method, the perps better take heed: Displaying a swastika in Germany can carry a hefty punishment: up to three years in jail.