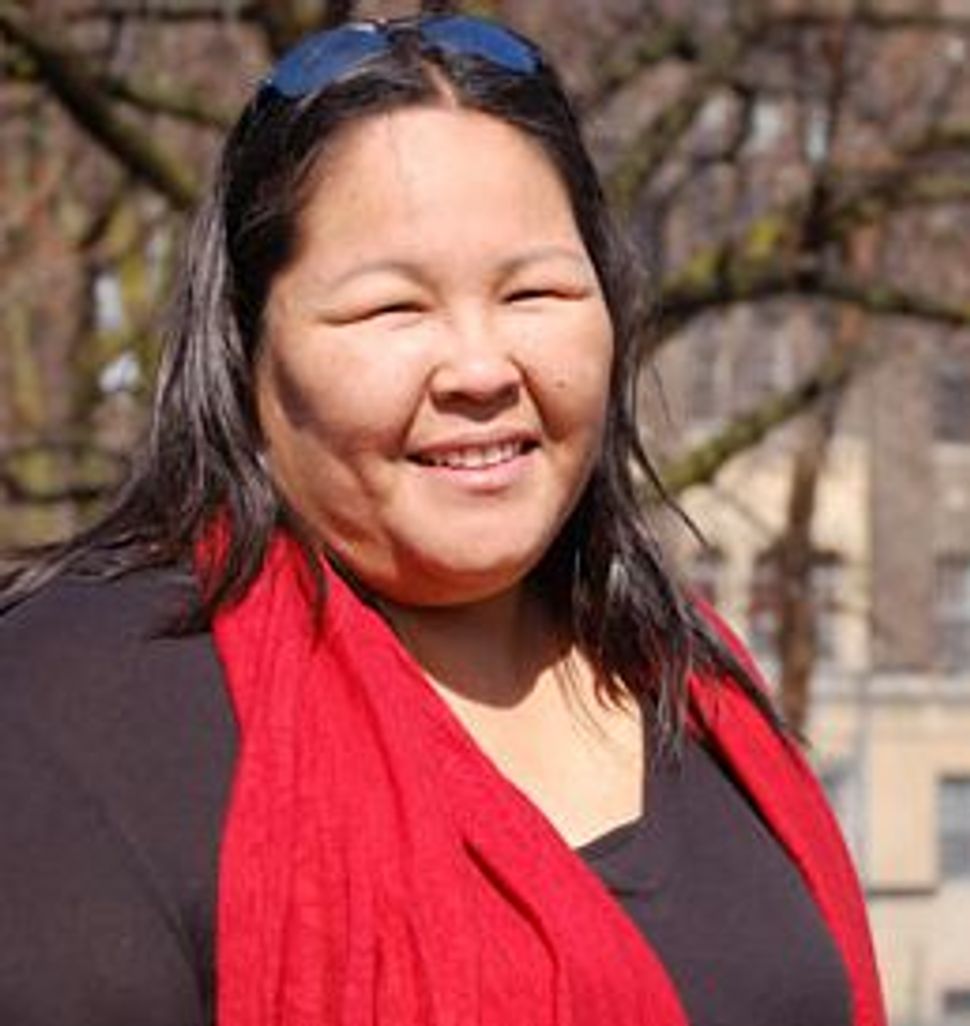 You might want to skip this item if you’re tired of reading about challah-loving Inuit throat singers with Jewish/Filipino adoptive parents and an affinity for Hebrew and Tagalog.

If not, it’s kind of fascinating to read the UK Guardian profile of Nina Segalowitz, who grew up in a mixed Jewish-Catholic household in Montreal after getting forcibly separated from her birth parents, and became a renowned performer of the Inuit vocal art after rediscovering her heritage.

The story starts in Canada’s Northwest Territories, where Segalowitz was born. “I was taken away from a hospital. Because there was a government programme in the 1960s and 70s to put native babies up for adoption into non-native families so that they would be assimilated into Canadian society,” she told the Guardian. “My father had taken me to the hospital. They made him sign a few papers. My father thought he was signing hospital admission forms. The next day, he came to take me back, but I was gone. They told him that he had signed release papers and couldn’t get me back.”

Though Segalowitz loved growing up in Montreal, where she would pick up challah from a bakery in the Jewish Outremont neighborhood, she also felt “something missing”. After starting a search for her biological family, she began to learn throat singing, the traditional Inuit game “usually played by women” who “imitate sounds that you would hear in your environment in the North,” according to her singing partner, Taqralik Partridge.

Segalowitz finally met her biological father and siblings. She’s also become an ambassador of sorts for throat singing, which she and Partridge have performed all over the world. “One of the performances I can’t forget was in Lyon,” she said. “At least in Canada people have heard of Inuit people. In France, we were a totally different species… We were seen as old and ancient and belonging in a museum like the fossils there.”

Partridge, her singing partner, agreed. “We like to discuss stereotypes in our performances,” she told the Guardian. “For me, that’s the most important to address, that we Inuit are human beings like everyone else.”