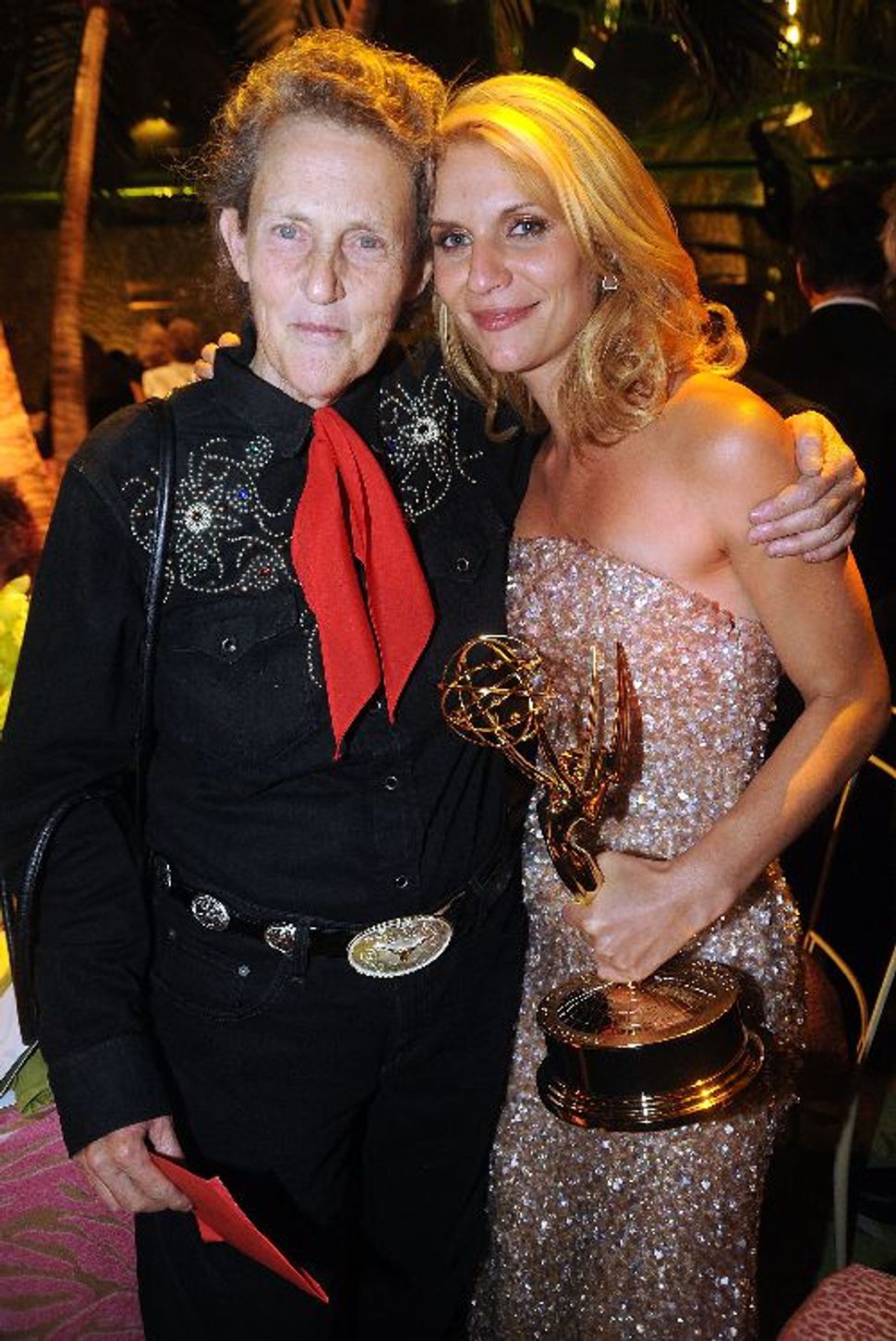 Temple Grandin, the inspiration for the year’s top TV movie, earned her own enthusiastic applause during an onstage appearance at the August 29 ceremony, held in Los Angeles. Portrayed by Claire Danes in an HBO biopic bearing her name, Grandin gained fame by overcoming obstacles related to autism, eventually becoming an expert in animal husbandry and a best-selling author. Now a professor of animal science at Colorado State University, 63-year-old Grandin (who celebrated her birthday the night of the show’s airing) may be best known professionally for designing a humane system of herding animals to slaughter, a project that plays a central role in the HBO movie.

Grandin’s work with animals brings her into contact regularly with the kosher meat industry, which she has both defended and helped to modify with advice about making slaughter more painless and factories more humane. “She’s really very, very extraordinary,” said Rabbi Menachem Genack, CEO and rabbinic administrator of OU Kosher, a branch of the Orthodox Union. “Maybe it’s a function of her autism, which she believes gives her insight into how animals feel and react.”

The author of such books as “Thinking in Pictures” and “Animals Make Us Human,” Grandin maintains websites dedicated, respectively, to her autism advocacy and her work with animals. She devotes a section of the latter site to “Ritual Slaughter (Kosher and Halal),” providing a glossary of terms connected to kosher slaughter and citing reports on visits to kosher meat plants as far-flung as Chile and Europe.

In addition to outstanding made-for-TV movie, “Temple Grandin” collected four other Emmy Awards: Best Actress for Danes, and honors for the film’s director and two of Danes’s co-stars.