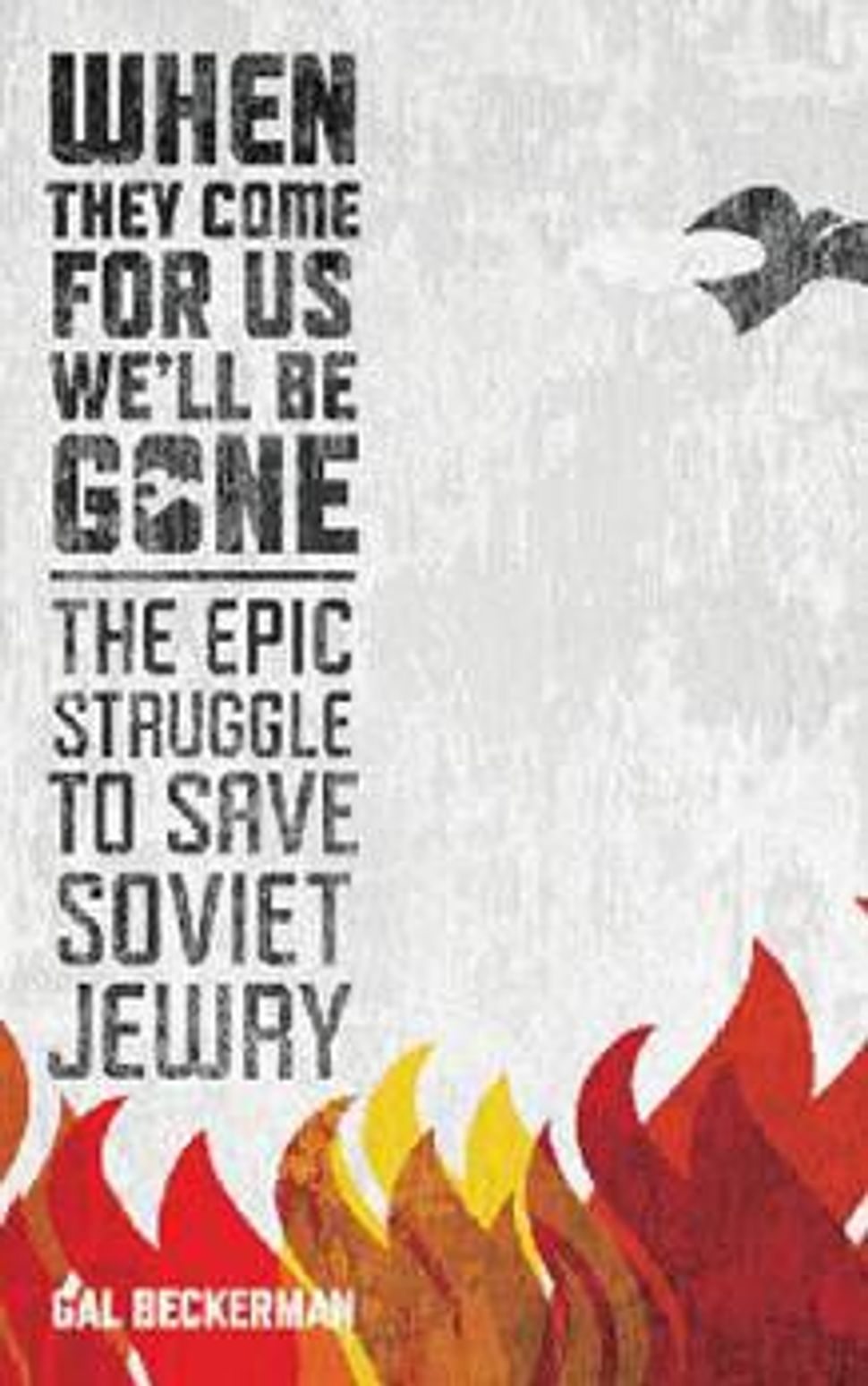 Gal Beckerman is a staff writer at the Forward. His first book, “When They Come for Us, We’ll Be Gone: The Epic Struggle to Save Soviet Jewry,” will be available September 23. His blog posts are being featured this week on The Arty Semite courtesy of the Jewish Book Council and My Jewish Learning’s Author Blog series. For more information on the series, please visit: 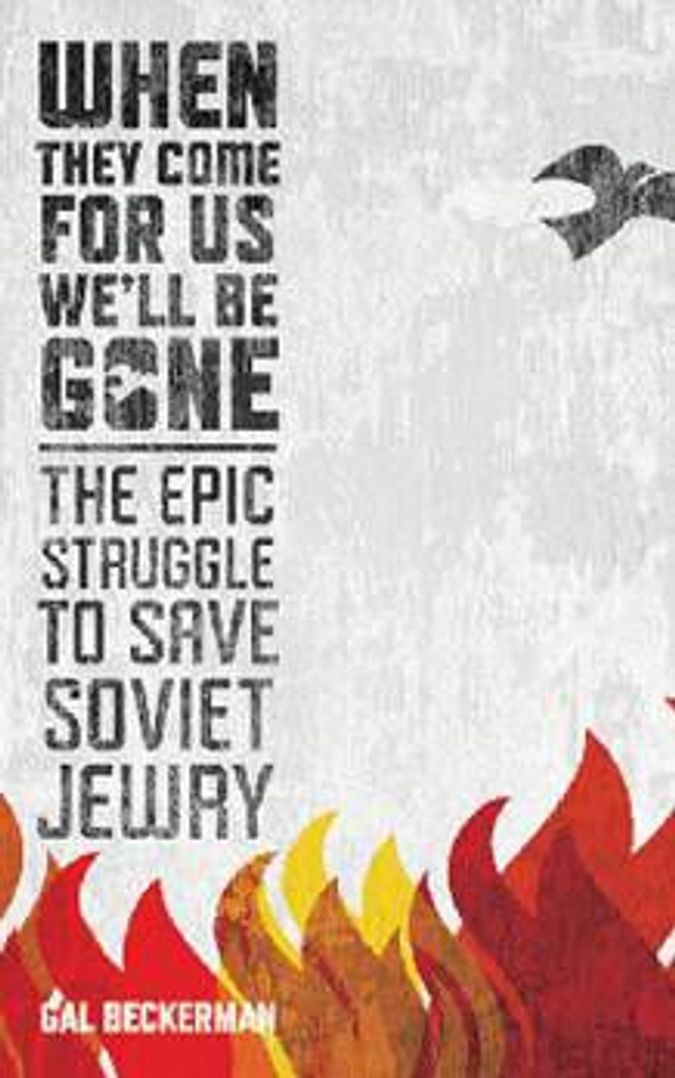 Writing history that is recently past always carries with it certain challenges. Most obviously, the competing versions of what happened or who did what aren’t fought out through yellowed letters in an archive but are argued by living, breathing, often highly invested people. In the five years I spent working on my book, “When They Come for Us, We’ll Be Gone: The Epic Struggle to Save Soviet Jewry,” I can’t count anymore the number of late night phone calls I got or angry emailed screeds claiming that I was clearly not going to give enough credit to so-and-so or put enough emphasis on what some long forgotten activist who was really, truly, the sole person responsible for saving Soviet Jewry had done. For those who had been the protagonists of this story, this was their first — and for some, last — chance to make sure they were remembered the way they wanted to be, or at all.

At first this proved a real challenge to me as a historian — could it be that the Long Island Committee for Soviet Jewry was really single-handedly responsible for ending the Cold War? But as I gained confidence that I knew the story I was telling, I was also able to better balance these competing narratives and tease out something close to what I thought to be the truth.

But in spite of what was difficult — or even annoying — about this reality, I never once regretted that I was writing about a period with living witnesses. Without them, I would have lost the rich detail you could never get from a document — the color of the Moscow sky above a protest, what it really felt like to fear that any day a conscription notice from the Red Army would come for your son, or how exactly a phone call was made from Cleveland to Leningrad in the 1960s. Lost also would be the countless hours spent sitting in living rooms in Israel, drinking tea, and watching the “characters” in my book recount their own lives, with both the emotion and subtlety that can only come from oral history.

And then there was my barbecue with the hijackers.

The hijackers were a group of Jews from Riga and Leningrad who after my early research had come to seem superhumanly brave and almost mythic in their unwillingness to accept an unjust status quo. In the summer of 1970, they decided to steal a plane and fly it out of the Soviet Union after being denied exit visas. I wrote about them recently in The New York Times on the 40th anniversary of their attempt, which ultimately ended in failure. They were arrested on the tarmac, put on trial, and sentenced to years of imprisonment — though they managed to turn enormous world attention to their cause.

In 2005, when I met them, they were in their 50s and 60s. Some had remained closer to each other than others, but they made a point of reconnecting every June 15, the day of the hijacking. The gathering they invited me to would mark the 35th anniversary — someone had baked a cake on which the number was written out with grapes. They had brought hamburgers and hot dogs to grill at the home of Boris Penson, one of the hijackers who is a painter and lives in a farming community just south of Haifa.

The first shock was just seeing them in person, come to life before me in their older, very human forms. There was Sylva Zalmanson, the only woman among the main organizers. She had bravely stood in court and recited Psalm 137 (“If I forget thee, O Jerusalem…”) before being dragged away to serve a few years in a prison camp. I described her in the book as “girlish,” petite, curly-haired, and easy to giggle. Now she was older, bespectacled, heavyset, but still just as gregarious. Then I saw Mark Dymshits, the pilot — the lynchpin of the plot — now a taciturn man in his early 70s who wore enormous tinted glasses and couldn’t hear very well.

I sat squeezed between the two of them in the backseat of a car on our way to the barbecue, with Sylva talking up the virtues of her twenty-something daughter, Anat (whose father was Eduard Kuznetsov, the former dissident maybe most responsible for the hijacking) in an obvious attempt to set us up. It only became more surreal from there. I stood around the grill with the hijackers flipping burgers under the sun. The banality and utter normalcy of it all was difficult to absorb at first.

Only as the day continued — and the vodka was poured — did I relax and accept that it was even more interesting to consider that these people I had thought of as giants were actually just ordinary people who had done something extraordinary. Meri Knokh, another of the women plotters, who had been pregnant at the time of the hijacking, pulled out a guitar and started playing Russian folk songs from the 1960′s — Vysotsky and Okudzhava. I stopped gawking and — in truth — stopped understanding much of what they’d been saying. They had switched entirely to Russian, spoken boisterously between cigarette hits and gravelly laughter.

Seeing them as just a group of friends like any other group of friends, with their own dynamic, sense of humor, and loud characters, put their reckless act in a whole new context. If I was going to tell their story, I wanted to capture this as well. Not just the heroism of people stepping boldly into the stream of history, but all that was prosaic about them and their interactions, the human quality that no amount of written record could ever have communicated, as well as just watching them together on a drunken, summer afternoon.

“When They Come for Us, We’ll Be Gone” will be available next week. Check back on Wednesday for Gal’s next post for the JBC/MJL Author Blog series.