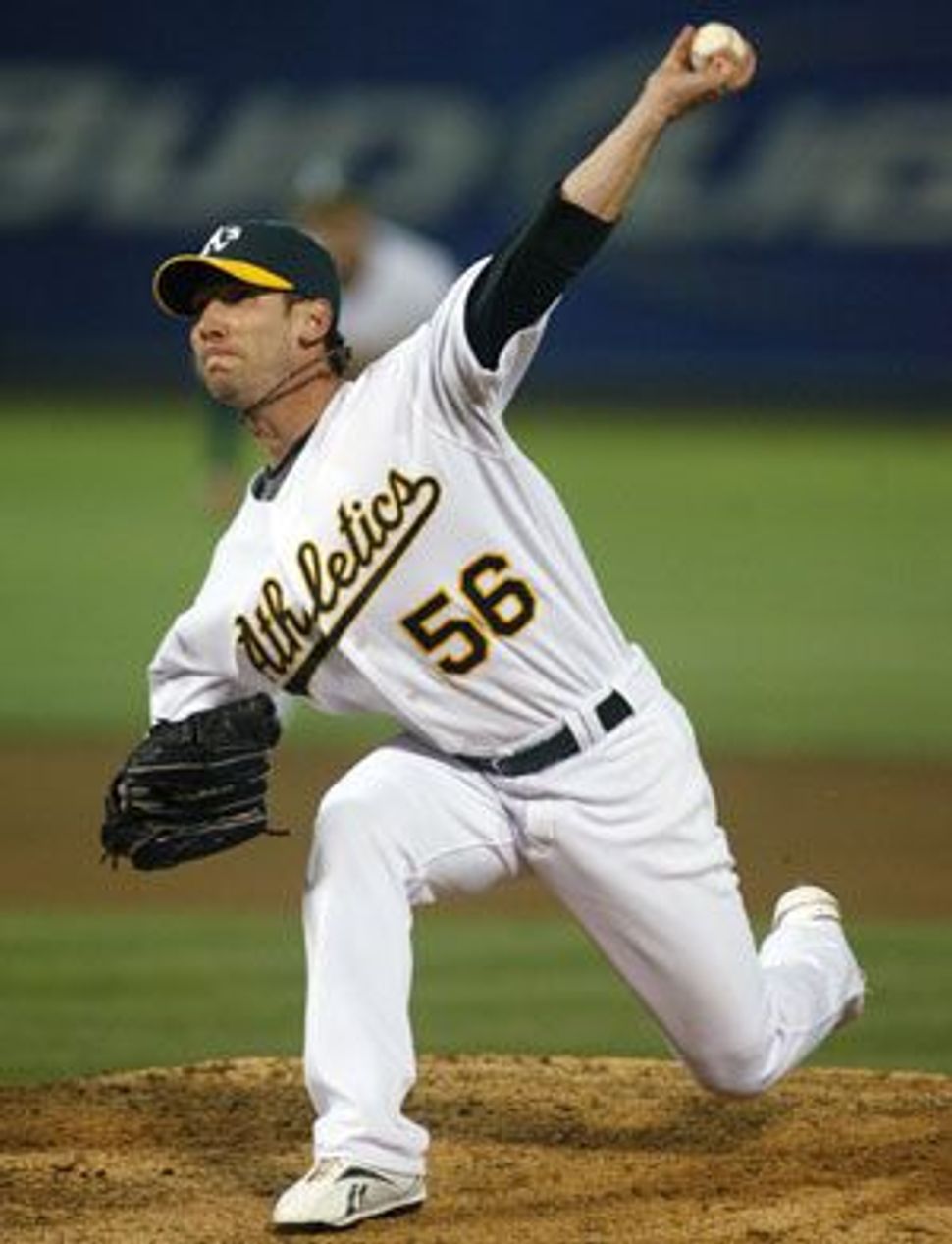 Craig Breslow, an Oakland Athletics relief pitcher, has been called the smartest man in baseball more than once. And after graduating from Yale with a degree in molecular biophysics and biochemistry, and nearly matriculating at NYU’s medical school, the title isn’t necessarily unwarranted.

But Breslow, a “proud” Jew and New Haven native, is getting some publicity for a different, if not entirely unrelated, moniker: the baseball player most likely to cure cancer. Since starting his Strike 3 Foundation for cancer research two years ago, Breslow has raised over $250,000 and helped Yale’s Smilow Cancer Hospital fund a pediatric bone marrow program. For his efforts, he’s the A’s nominee for the 2010 Roberto Clemente Award, which recognizes on-field achievement in tandem with off-field humanitarianism.

“I don’t think I could have the success at one without the other,” Breslow told Yahoo! Sports. “The work I do off the field isn’t necessarily a distraction, but it makes me realize there are more important things than getting an out or giving up a hit. And I’ve noticed the more success I have on the field, the more response to our cause.”

Breslow’s interest in cancer research, in fact his entire medical career, was spurred by his sister’s (winning) battle with thyroid cancer. It seems unlikely Breslow will actually win the award — it’s usually given to more well-known players — but for what it’s worth, his efforts are unique, among athletes, in that he’s contributing to scientific research.

There’s more news out of the Jewish baseball world these days, and it’s sure to draw a collective cringe from Jewish fans of the Washington Nationals.

Jason Marquis, perhaps baseball’s most accomplished active Jewish pitcher (hey, winning 11 games a year from 2004 to 2009 is nothing to sniff at), will take the ball Friday night, on Kol Nidre, and start against the Philadelphia Phillies.

Fine, Marquis, who’s been injured most of the season, signed a two-year, $15 million contract in the offseason, so he’s got something to prove. And there’s precedent: He pitched on Yom Kippur while with the Atlanta Braves and the Chicago Cubs.

“Your team expects you to do your job and not let your teammates down, and that’s the approach I take,” he said.

Given the Nationals’ typical cellar-dwelling season, let’s hope shul-going fans have other things on their mind.