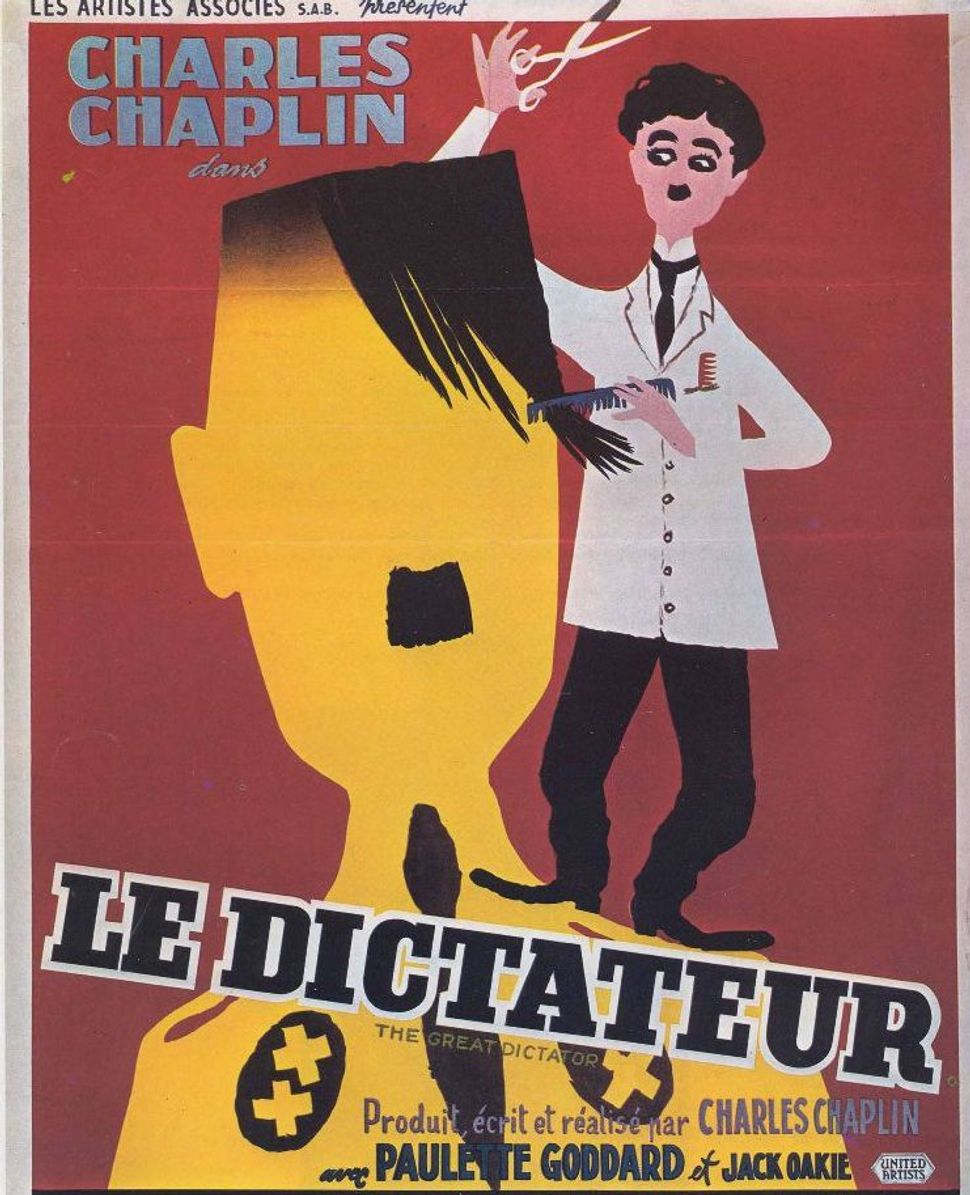 For 70 years, fans of Charlie Chaplin’s “The Great Dictator,” now widely available on DVD, have marveled at the prescience of the comedian’s anti-Nazi satire. Filmed before America actually entered World War II, when some Hollywood movie moguls still soft-pedaled critiques of Hitler, “The Great Dictator” continues to fascinate today.

Recently published by Les éditions Capricci in Nantes, France, “Why Hairdressers? Timely Notes about ‘The Great Dictator,’” by film critic Jean Narboni, makes some new and cogent observations about Chaplin’s film. Narboni, a veteran journalist for the Cahiers du cinéma, compares the nonsense German-like doublespeak used by Chaplin as the dictator Hynkel (see video below) with the Nazi’s “constant corruption of the German language” as noted by the philologist Victor Klemperer.

Pointing to the coincidence that a Nazi culture official was indeed named Hinkel, Narboni observes that Chaplin’s Jewish persona in “The Great Dictator” is universally referred to dismissively as the “little Jewish barber,” but calling him a hairdresser, or even coiffeur, would be more accurate, since in one radiant scene he creates a hairdo for the Jewish woman Hannah, played by Paulette Goddard (born Marion Pauline Levy).

“Why Hairdressers?” also cites as background context a hoary anti-Semitic joke, later quoted in Jean-Luc Godard’s 1964 film “A Married Woman” in which a man says:

Extending the metaphor to Abraham Bomba, the barber at Treblinka who was filmed by director Claude Lanzmann for his movie “Shoah,” Narboni arrives at moving conclusions about the necessity for Chaplin and others to testify about a historical atrocity (Lanzmann memorably urges Bomba to speak: “You have to, Abe”). This pithy study also analyzes venerable — but unfounded — rumors that Chaplin himself was Jewish. By the 1920s, Nazi propaganda had announced that Chaplin’s real name was “Israel Thonstein,” a blatant lie designed to combat the troubling resemblance of the internationally beloved cinema clown’s mustache with that of an up-and coming dictator/ex-housepainter.

A Jewish American assistant director on “The Great Dictator,” Robert Meltzer, who would die fighting in France in 1944, tried to dissuade Chaplin from making his long final speech in the film (“Look up, Hannah!”), finding it too sentimental. Chaplin, as always, plowed through regardless despite any and all criticisms, thereby achieving cinematic immortality.