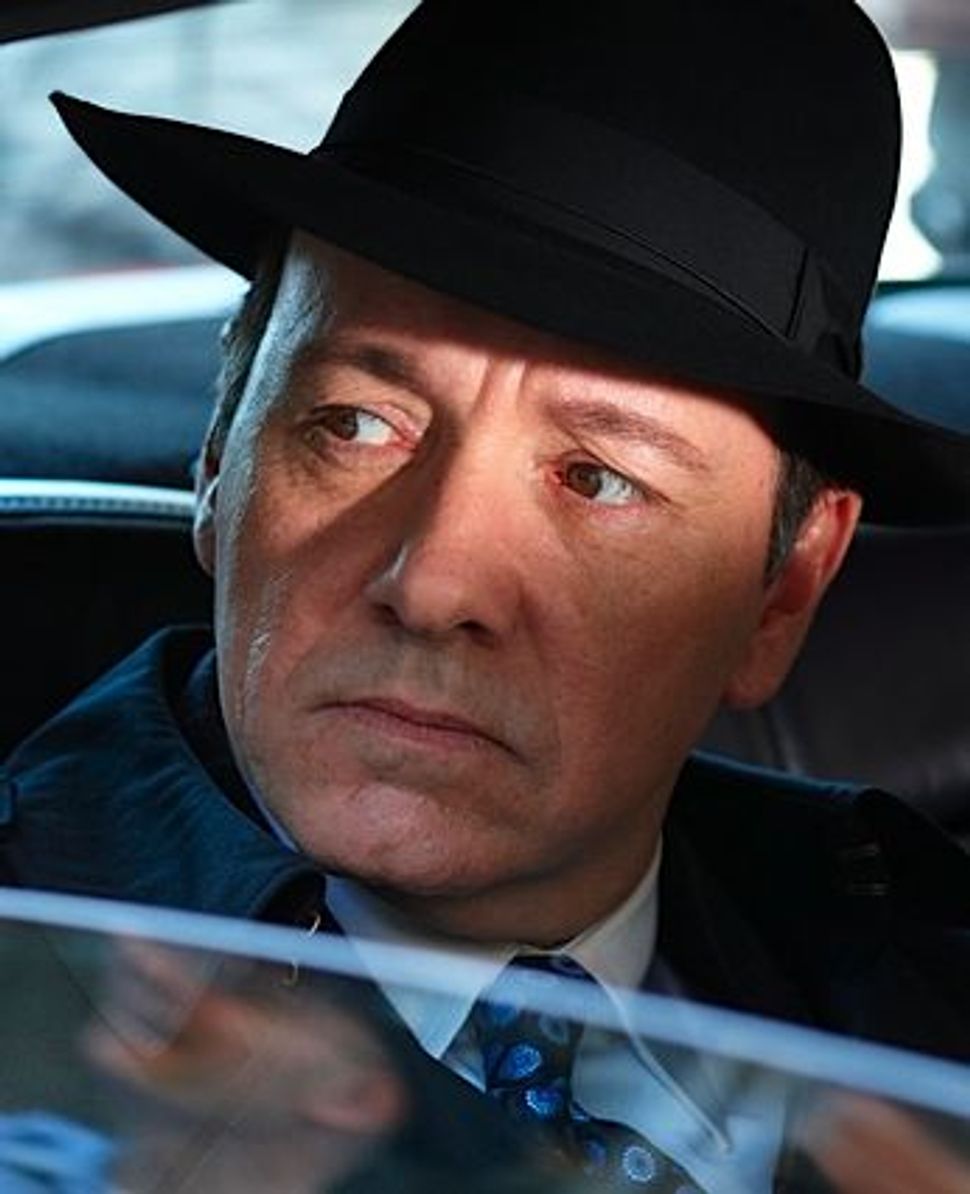 The film’s opening scene — which is difficult to place in its larger chronology — shows Abramoff (played by Kevin Spacey) staring down his reflection in a bathroom mirror, fortifying his ego against the onslaught of Washington Post reporters, IRS bean counters, and Indian Affairs commissioners encircling him. It’s a scene that instantly recalls Robert DeNiro’s backstage monologue in Martin Scorsese’s “Raging Bull,“ which itself references Marlon Brando’s famous “I could have been a contender” bit in Elia Kazan’s “On The Waterfront.” But it also recalls another, earlier, DeNiro monologue delivered as the maladjusted Vietnam discharge Travis Bickle in “Taxi Driver.” Just like Bickle, Abramoff (or at least Hickenlooper and Spacey’s Abramoff) has come to regard himself as God’s lonely man.

“Casino Jack” unfolds very much in the style of a mafia movie, and not as the sort of political potboiler suggested by its subject matter. Like “The Godfather,” “Goodfellas,” or any given episode of “The Sopranos,” Hickenlooper’s film drops the viewer well behind enemy lines, into the territory of insider jargon, topsy-turvy morality, and charismatic bad guys we’re forced into forging alliances with. And just as any mob movie will purge its protagonists’ violence in the flames of Catholic guilt, so too “Casino Jack” provides its hero with his own religious escape hatch.

Hickenlooper’s film places particular importance on Abramoff’s fealty to Judaism. It’s not just that he describes himself as doing “God’s work.” His religion inflects everything he does. From his politics (in one scene he lectures on how Republican Party policies realize the vision of the God of Abraham) to his taste in films (he acknowledges the role “Fiddler on the Roof” played in making him “want to be a real Jew”). Where the traditional movie mobster can absolve their sins in the time it takes to haul off a few Hail Marys and canoodle their rosary, Spacey’s Jack Abramoff pays similar lip service to his God, dutifully wearing his yarmulke underneath a Don Corleone-style walking hat.

What “Casino Jack” suffers from is its refusal to cast any real aspersions on Abramoff. The film is too wrapped up in its cinephilic adoration of his hardnosed, quick-witted, movie-quoting, Torah-belting character, and far too willing to indulge his “God’s lonely man” martyr complex. In keeping with its Capitol Hill wiseguys program, the film makes spending time with Spacey’s charismatic Abramoff too gratifying, and never pulls that plush rug out from under us. It’s this uneasy allegiance to Abramoff that stymies “Casino Jack.” The film never seems to resolve how exactly it wants to portray him — a pillar of Republicanism, a victim of his own ambition, a Washington Don, or a Zionist thug — and it flails around, trying to have it every which way at once. With the film itself so confused, it’s little surprise that a viewer unschooled in Abramoff’s wheelings-and-dealings may leave “Casino Jack” unsure of what to make of its protagonist. Or is he the antagonist? Well, in any event the guy sure loves movies.

Watch the Trailer for ‘Casino Jack’: