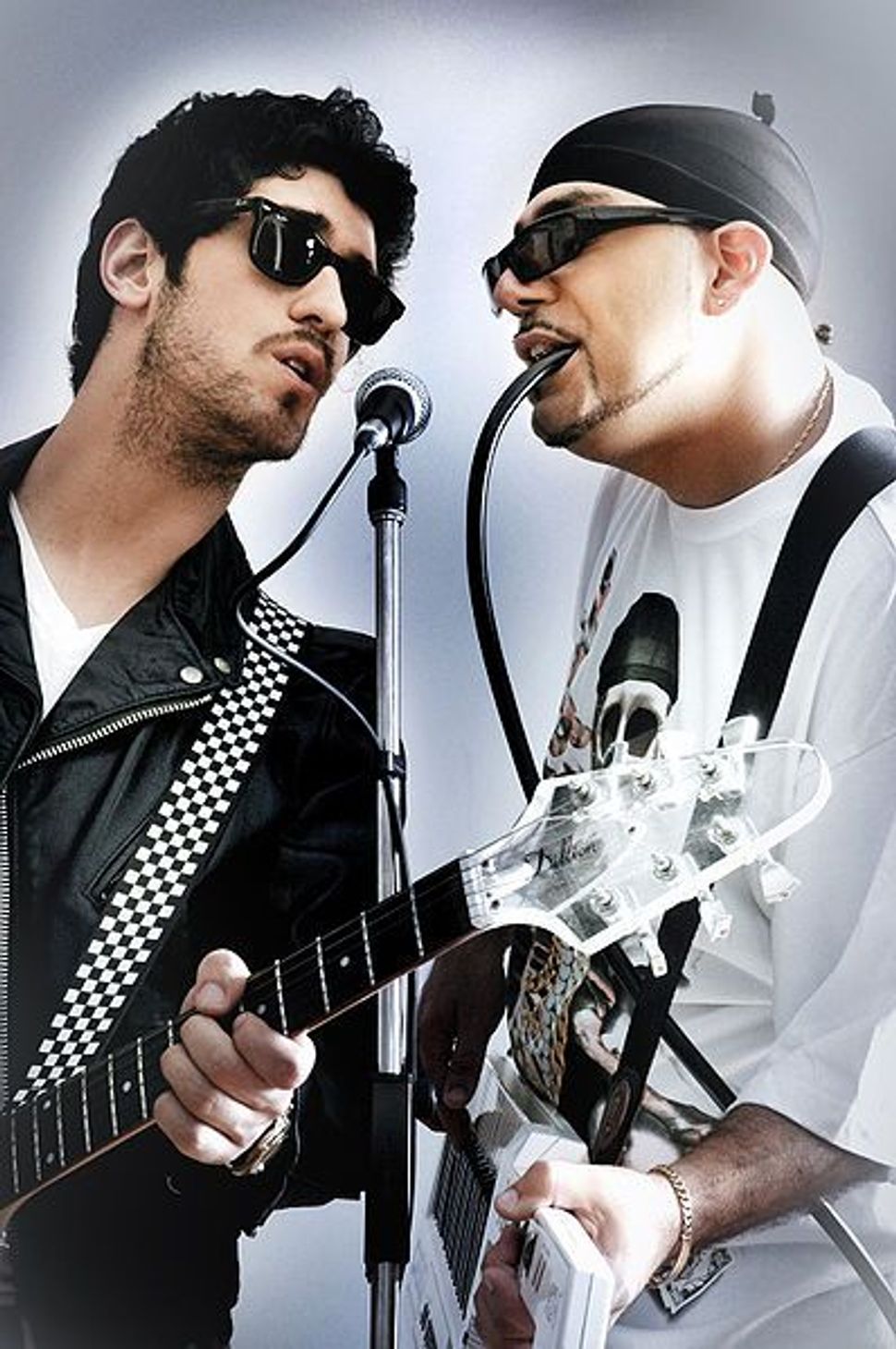 Their third and latest album, “Business Casual,” released last week, continues the trend. A woman in black stockings, sky-high heels and a tight miniskirt looms above a Xerox machine while a pile of headshots spits out onto the floor. The guys in the photos — both scruffy and cool in a way that’s meant to look effortless (but isn’t) — are Dave 1 and P-Thugg, the self-professed “only successful Arab/Jew partnership since the dawn of human culture.” The cover art reminds us that this is a world where sex is expected and Chromeo rules.

“Business Casual” sounds like a disco after-party held in a frat basement. It’s hardly a grand departure from the band’s first two albums, “She’s in Control” (2004) and “Fancy Footwork,” which defined the duo’s brand of disco-infused 80’s synth-pop. With heavy inspiration from their ‘80s soul mates, Hall & Oates, Chromeo infuses “Business Casual” with synths, staccato, robotic lilts, and Vocoder. And as the song titles suggest, the album is about partying and getting girls, or at least trying to.

“The ambience of this record is more that the lights are dim and it’s time to put on a couple candles. It’s a bit of a ‘grown and sexy’ feel that we brought into this record,” Macklovitch recently told AVClub.com.

The party starts with the infectiously energized “Hot Mess,” followed by the similarly bouncy “Night by Night” and “Don’t Turn the Lights On.” “When the Night Falls,” featuring Solange Knowles, an established R&B singer and Beyoncé’s younger sister, is a catchy, sultry gem that takes cues from Whitney Houston’s 1985 hit “How Will I Know.” The album slows down with the string-heavy “Don’t Walk Away” and mellows out with “J’ai Claque la Porte,” sung entirely in French.

To a certain degree, the songs are variations on each other, only with different tempos, energies and romantic dilemmas. The lyrics are so accessible and obvious (“don’t stop, baby, let the rhythm take your body”) that they are reminiscent of the early ‘90s pop songs my friends and I used as inspiration for choreographed dance routines (Amy Grant’s “Baby baby, the stars are shining for you” meant jazz hands falling from the sky, obviously). Chromeo rose to considerable fame with “Fancy Footwork,” and although music critics are quick to point out that the band has yet to update its signature sound, “Business Casual” is catchy enough to permeate the lower echelon of the mainstream while satisfying core fans — at least until Chromeo’s next installment of sexy, leggy pop slinks out of the bedroom before dawn.