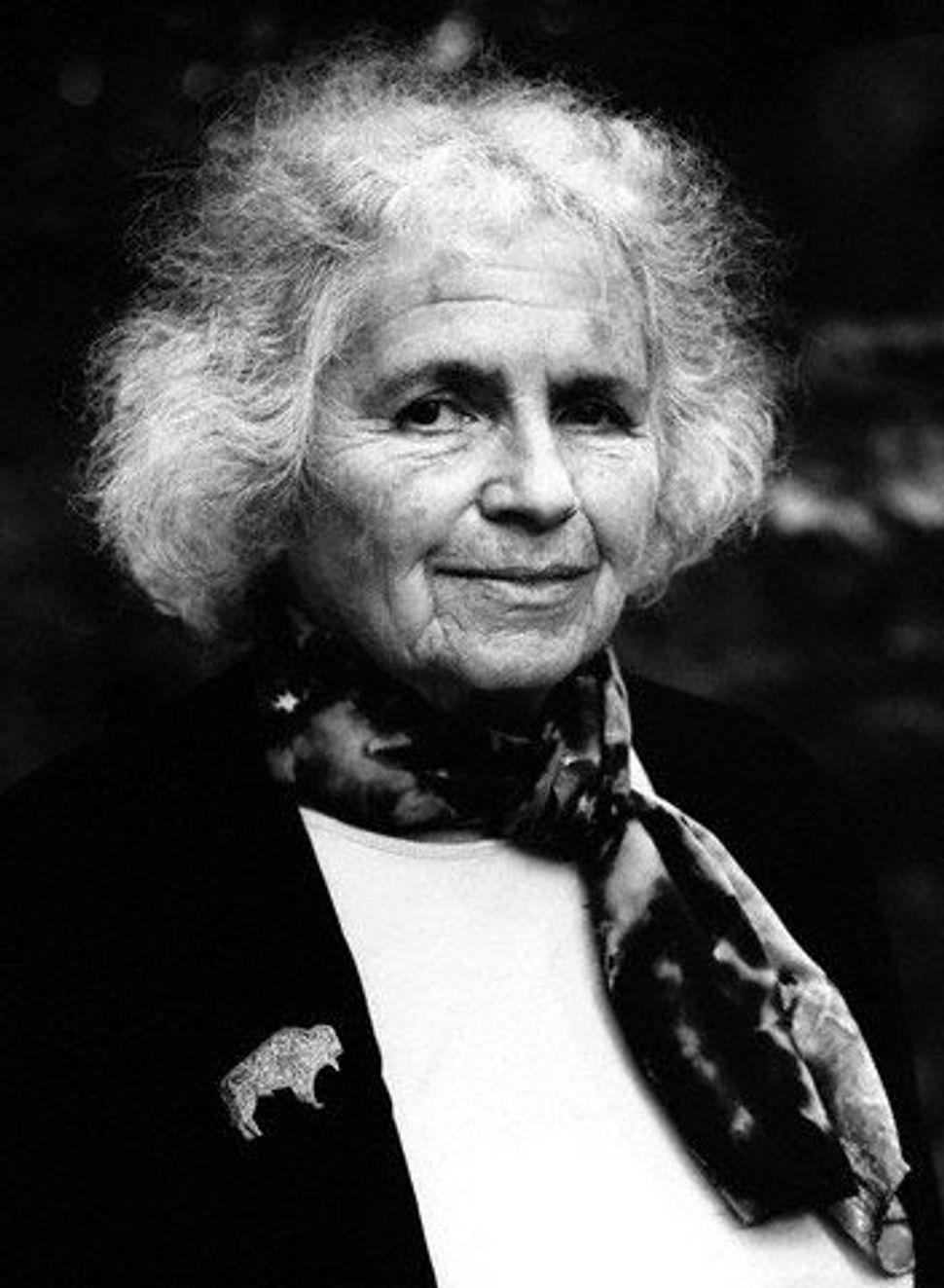 Last Tuesday the Center for Jewish History and Jewish Women’s Archive paid homage to the poet, short story writer and political activist, who passed away in her Vermont home in August 2007. The evening consisted of a panel discussion with excerpts from Lilly Rivlin’s new film, “Grace Paley: Collected Shorts.” The film, which premiered at the San Francisco Jewish Film Festival in July, will be shown at a selection of upcoming festivals on the East Coast, including the New York Jewish Film Festival in January.

Inspired by Paley’s vast collection of short stories, Rivlin’s film tells the tale of a woman whom a colleague described as “a very small woman who was a giantess.” Rivlin, a writer and political activist herself, shared her experience creating the film: “The challenge about making a film about Grace Paley is that she was a political animal and I saw her everywhere, and the challenge was to make a film about someone who did it all.”

Paley, born Grace Goodside in the Bronx, was raised speaking Russian, Yiddish and English, but the language she is remembered for was all her own. Whether in stories, poems, speeches, or passing remarks, all who knew Paley marvel at her ability to speak with a voice of almost eerie authenticity. In the film, Alice Walker says, “The first time I met Grace and she spoke I immediately knew her, and I realized it’s because I had read her books.”

Walker is not the only person who felt an inexplicable closeness to Paley. Most of the evening centered on the sentiment that Paley was a friend to anyone standing within 50 feet of her. “She had the remarkable ability to make every person in front of her feel like the most important person in the world,” said one panelist, Paley’s good friend Vera B. Williams. In fact, each of the women sitting on stage had at least a few bright, personal memories of the writer, including the whimsical visual of Paley flying down a moonlit hill in a checkered nightgown, unfazed by her outfit and eager to join a spontaneous soiree of African drumming.

The most remarkable and profoundly touching moment in the evening came when the panelists opened the discussion to the audience. When an elderly woman with a Yiddish accent rose from her seat, something magical happened. She did not ask about Paley’s books or share insights on Rivlin’s film. Rather, she simply told stories about Grace. As the microphone was passed up and down the aisles one was invited into pockets of Paley’s life, whether through a comical musing on how she opened her refrigerator to a neighbor’s surplus kugel every Passover for over 30 years, or the poignant reminiscences of a man who went to elementary school with her.

Grace Paley was a force, and with each person’s recollections one could feel her presence swell throughout the room, alive with mirth and vivacity. To quote a line from Paley’s short story “A Conversation With My Father,” which has become a mantra in the literary world, “Everyone, real or invented, deserves the open destiny of life.” Those are the words of a woman who was certainly real, yet lived the life of someone who seems possible only in fiction.