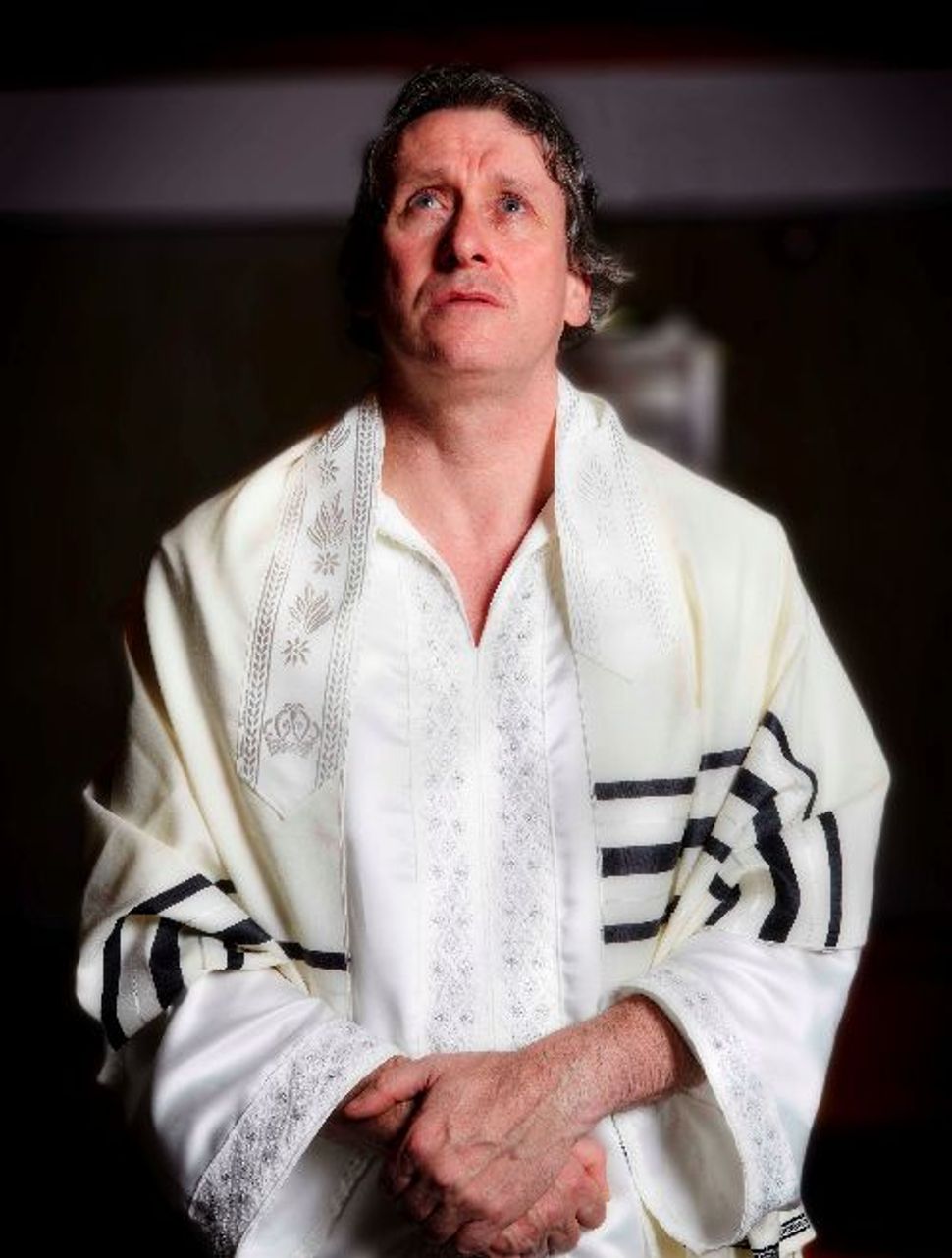 These are the questions that are asked in Gavin Kostick’s “This Is What We Sang,” which opened this week as part of New York’s third annual 1st Irish theater festival.

Produced by Kabosh, an Irish troupe that specializes in site-specific theater (one of their previous productions took place in a moving taxi), the show takes place at the Synagogue for the Arts in Tribeca.

In the deafening silence of the sanctuary, we are introduced to five members of a Jewish-Irish family, spanning four generations. There is Lev, the patriarch (who ended up in Belfast because a crooked ship captain told him he had reached America), Lev’s wife Hannah, their daughter Ruth, Lev’s brother Saul, and their great-grandson Bill, a modern-day New Yorker who is a victim of the Lehman Brothers’ bankruptcy.

All but Bill speak from beyond the grave. Using alternating monologues, they tell their stories and share their secrets, understanding and repenting for the sins they committed during their troubled lives. We are attending services with these characters, it seems, and hearing about their loves and losses, regrets and triumphs. There is a quiet majesty to this piece that could only be achieved in a holy space.

The performances are commanding across the board. Most notable, however is Jo Donnelly who plays Sissy with a mix of spunk and sadness; a modern woman who never got to live her life fully.

There is compelling family drama, of course, and a look at the mess that was Northern Ireland throughout the 20th century, but at its core this play is an examination of the difference between regret and repentance. Hannah, for example, in love with her brother-in-law from the start, regrets their eventual tryst, but does not repent it. It was the one time she was truly happy.

“This Is What We Sang” asks the audience, on this Day of Atonement, to find where their happiness is or was or will be. “The gates of prayer are open,” Lev says to begin the evening. And perhaps this play is one long prayer. Not to God, but to themselves and to each other. They ask forgiveness, they profess love, they express gratitude; it is everything they never got to say in life.

And with that, they close the gates of prayer and encourage the audience to go out and do and say and be what they, regretfully, could not.