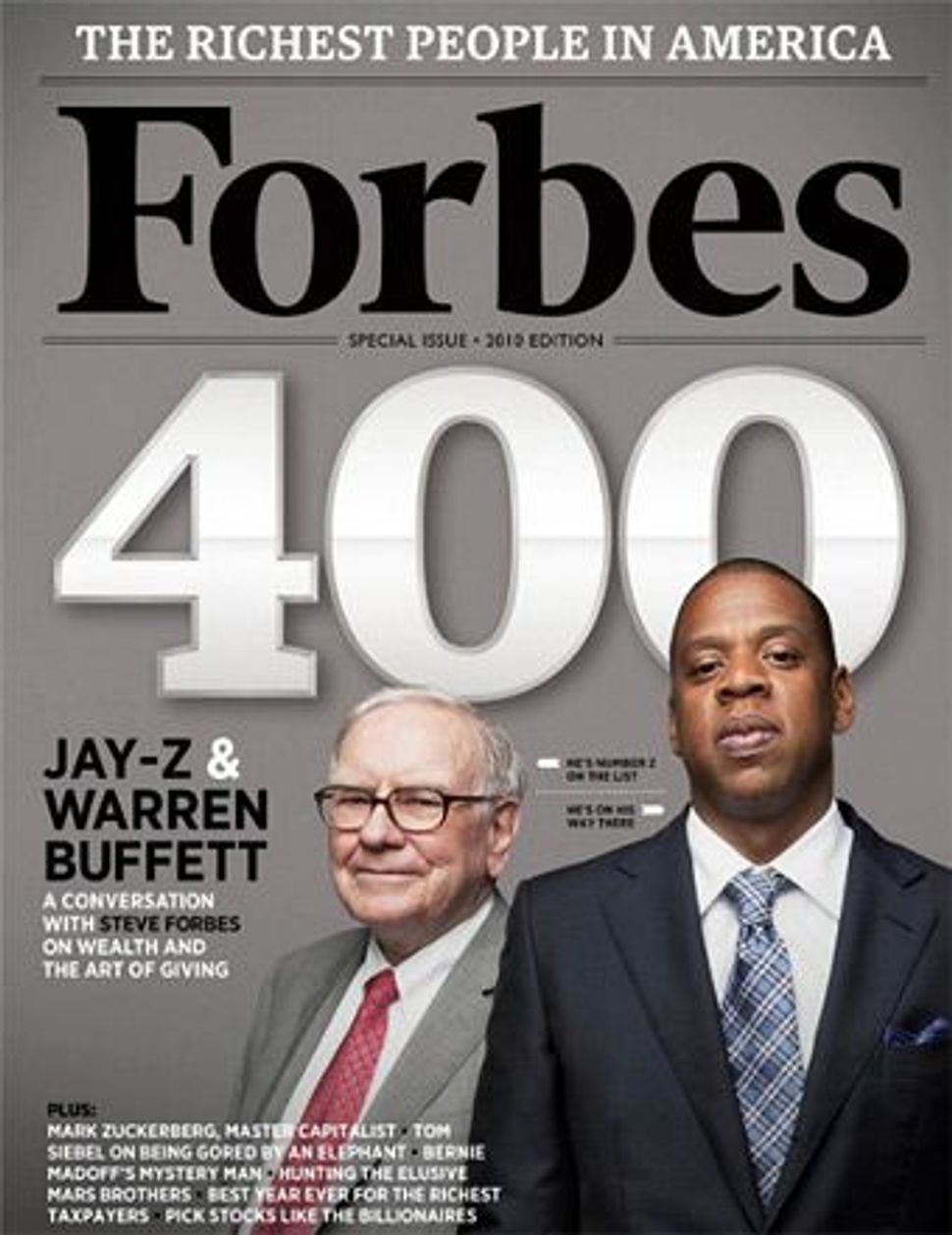 The price of admission onto the 29th Rich List was a staggering $1 billion, and, not surprisingly — as far as minorities go, at least — Jews took excelled. The breakdown, according to Gawker’s research, included one black woman (No. 130, Oprah Winfrey), three gay men (No. 54, David Geffen; No. 332, Barry Diller; and No. 365, Peter Thiel), four Indians, six (non-Indian) Asians, 34 women, and, of course, 30 Jews in the top 100 (see below). They must have stopped counting after the 100 mark.