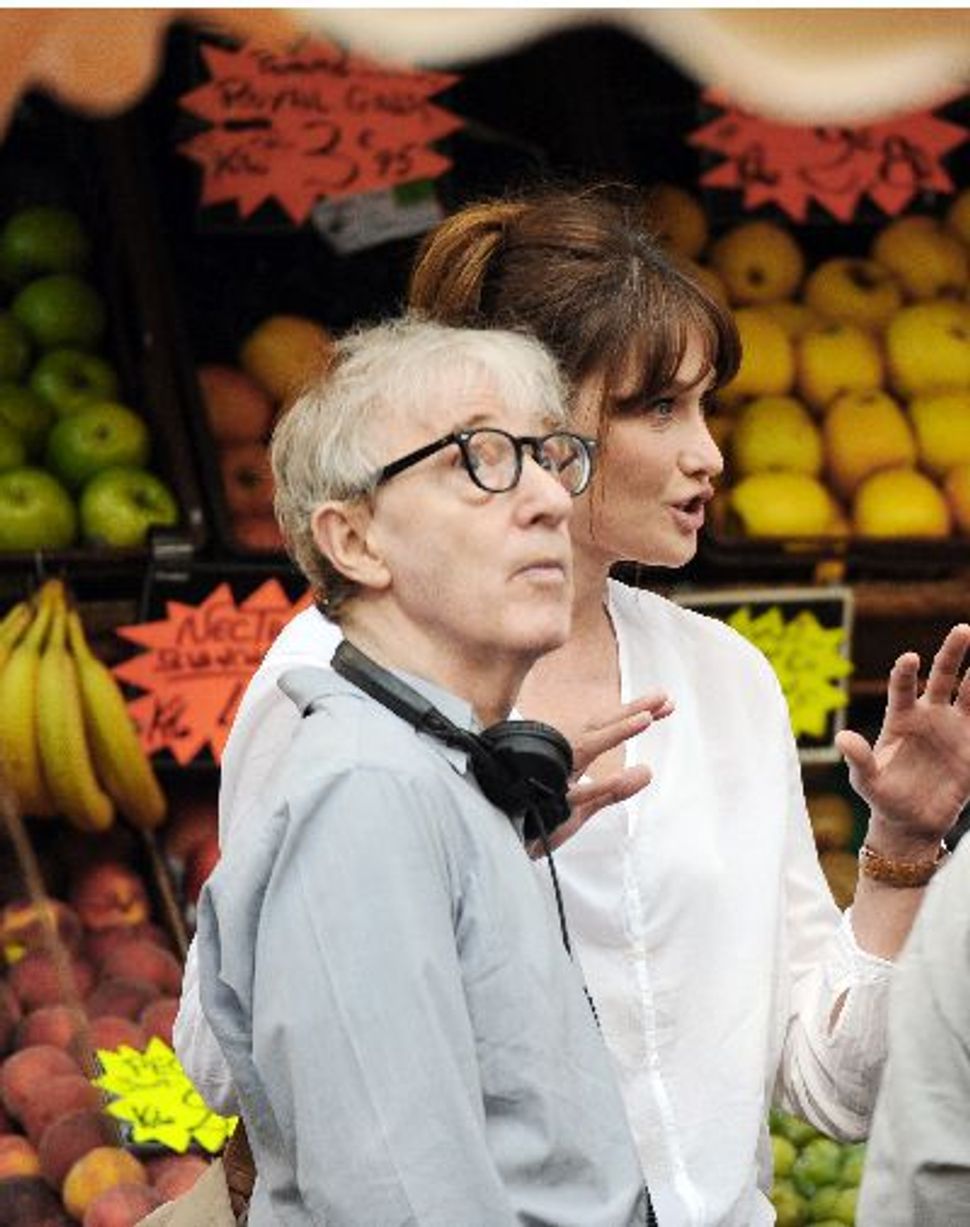 Helena — played with teary, tipsy determination by Gemma Jones — is the glowing orb at the center of all the folly. To help herself get through her divorce, Helena tries psychology, psychiatry and weekly massages before settling on Cristal (Pauline Collins), a clairvoyant whose supernatural paraphernalia consists of a deck of playing cards and a bottle of scotch. Cristal invariably posits imminent influxes of positive energy, and Helena delights in sharing her new-found omniscience with her daughter, Sally (Naomi Watts).

Sally gets by on the belief that she will soon be starting a family with her husband, one-book wonder Roy (Josh Brolin), or, failing that, that her dreamy new boss (Antonio Banderas) will fold her into his luxury life of convertibles, operas and diamond earrings. Roy, on the other hand, thinks he’s found his muse in neighbor Dia (Freida Pinto), who has a penchant for red underwear and open shutters.

Helena’s ex, Alfie (Anthony Hopkins), hits old age and starts subscribing to the dogma that you’re as old as you feel. So he starts feeling Charmaine (Lucy Punch): an actress in spirit, but a prostitute in reality; though, to be fair, she did once play the leader’s daughter from another galaxy. Charmaine’s opening line is “I’m gonna flash everyone now,” and she is so thorough in her beauty regimen that she even self-tans her palms. It is like Snooki having a cameo in “Brideshead Revisited”; an amusing reference to the blinkered, bourgeois view of London portrayed in the rest of the film.

The characters in “Tall Dark Stranger” are the same reassuringly deplorable people we have come to know and love in Allen’s films. Each is so self-obsessed that they can only manage cursory relationships of convenience, even with their spouses and immediate family. Character development is often presumed to entail spectacular leaps in self-knowledge and compassion; Allen’s characters, like ourselves, are less impressive: they loll from narcissism to humiliation and back again. These status obsessed fools are the perfect antidote to self-loathing, especially because in the moral world of Allen’s films, they usually get away with it.

Yet over the years the nihilism has become rote — an obedient adherence to the “Woody Allen” genre. It all started when the characters became so incorrigibly good-looking. Allen’s films now suffer from the same slickness that has befallen the rest of the film industry. Gone are tapering split ends and crooked teeth; gone, also, are the maniacally quick-witted lines, the subtle jabs and the subversive plot twists. Over the decades, the yearly pilgrimage to Allen’s latest film has changed from a cultural necessity to a guilty pleasure, pretty and effortless. A comfortable delusion, if you will.