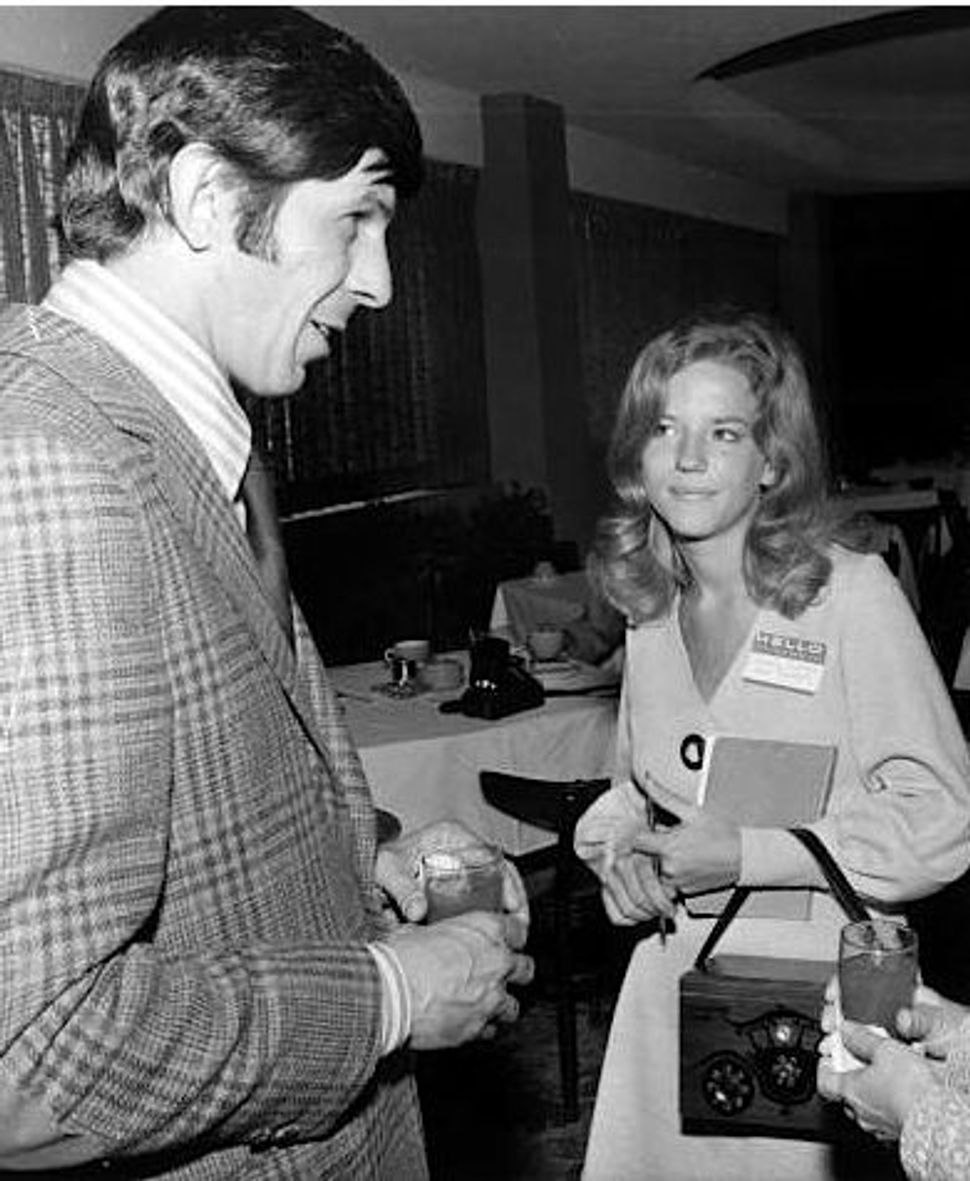 If you had a lost or hidden other half, who would it be? A rocker? A mad scientist? Someone sluttier or cooler than yourself?

Fantasy comes to life in Leonard Nimoy’s “Secret Selves,” a collection of 26 moving, often provocative photographs on display at the Massachusetts Museum of Contemporary Art through January 2, 2011. Nimoy, who will forever be immortalized as Spock from “Star Trek,” is also an accomplished photographer, and his most recent exhibition explores the landscape of human imagination and yearning — that desire lurking inside all of us to be someone else.

Nimoy’s inspiration came from a passage in Plato’s “Symposium,” which posits that humans were once double-sided creatures, cut in two by angry gods and left to search for their lost halves. “I’m particularly looking for people to surprise me and possibly themselves,” Nimoy wrote to Richard Michelson, his longtime dealer who owns the Northampton, Massachusetts gallery where the 2007 photo shoot took place. “I’d like to ask them, ‘Who do you think you are?’”

Whether intrigued by Nimoy’s celebrity or the lure of playing dress up, around 100 people showed up at the R. Michelson Galleries in Northampton to answer that very question. As Michael Kusek (a public relations marketer turned momentary tough guy) told the New York Times, “There he was with that voice that has been in the background culturally my whole life. I blew my cool,” he said. “When I was a kid, I was always doing Spock. I can still do the eyebrow thing.” None of Nimoy’s subjects were photographed waving the Vulcan hand salute (which, incidentally, was inspired by the Jewish Priestly Blessing), but everyone — social workers and businessmen, bus drivers and clergy, a former junior league president and a psychotherapist — came with an agenda: a secret self that he or she hoped to set free.

With his face contorted into a rocker’s grimace, Scott, the children’s book illustrator, kills it on an electric guitar, his pale legs spitting out from a pair of bulging tighty-whities. “I play music for preschoolers… but that’s a bunch of screaming kids, not a bunch of screaming girls.”

David, a rabbi with glasses and a tidy beard, lights two candles while dressed in black jeans, a yarmulke and leather vest. “At synagogue I normally wear a suit and tie, but I try to remember that somehow underneath I am wearing leather.”

The quotes accompany the subjects’ first names and professions, adding insight and context to the images. There are plenty of wistful poses and exposed body parts, yet some of the most powerful photos examine and refute our notions of sexuality. In one, thick folds of brown, tattooed skin cascade down Valdorise’s naked torso. “I’ve always called myself the secret whore, a character based on what I’d do if I could,” her quote reads. In another, it’s impossible not to stare, because Aimee’s breasts sag with alarming determination, enormous and veined and pierced by shiny sliver bars. Her body is a testament to her work as a tattoo artist and body piercer, and as she stands there shirtless, wearing baggy jeans and suspenders (or is that a black leather belt?), everything about her screams no, that can’t be a beard and mustache growing on her face. But there they are. With a Mona Lisa smirk, she stares at the camera as if she knows we are staring back at her. “I like being a girl,” her quote reads. “No one knows I am a woman, let alone a lesbian. My beard is natural, there is no imbalance.”

In Nimoy’s photographs we find complicated, ordinary men and women. They are beautiful and sexual, confused and searching, and as they pose against a blank white backdrop, their fantasies suddenly have space to breathe.

Watch a slideshow from ‘Secret Selves’: