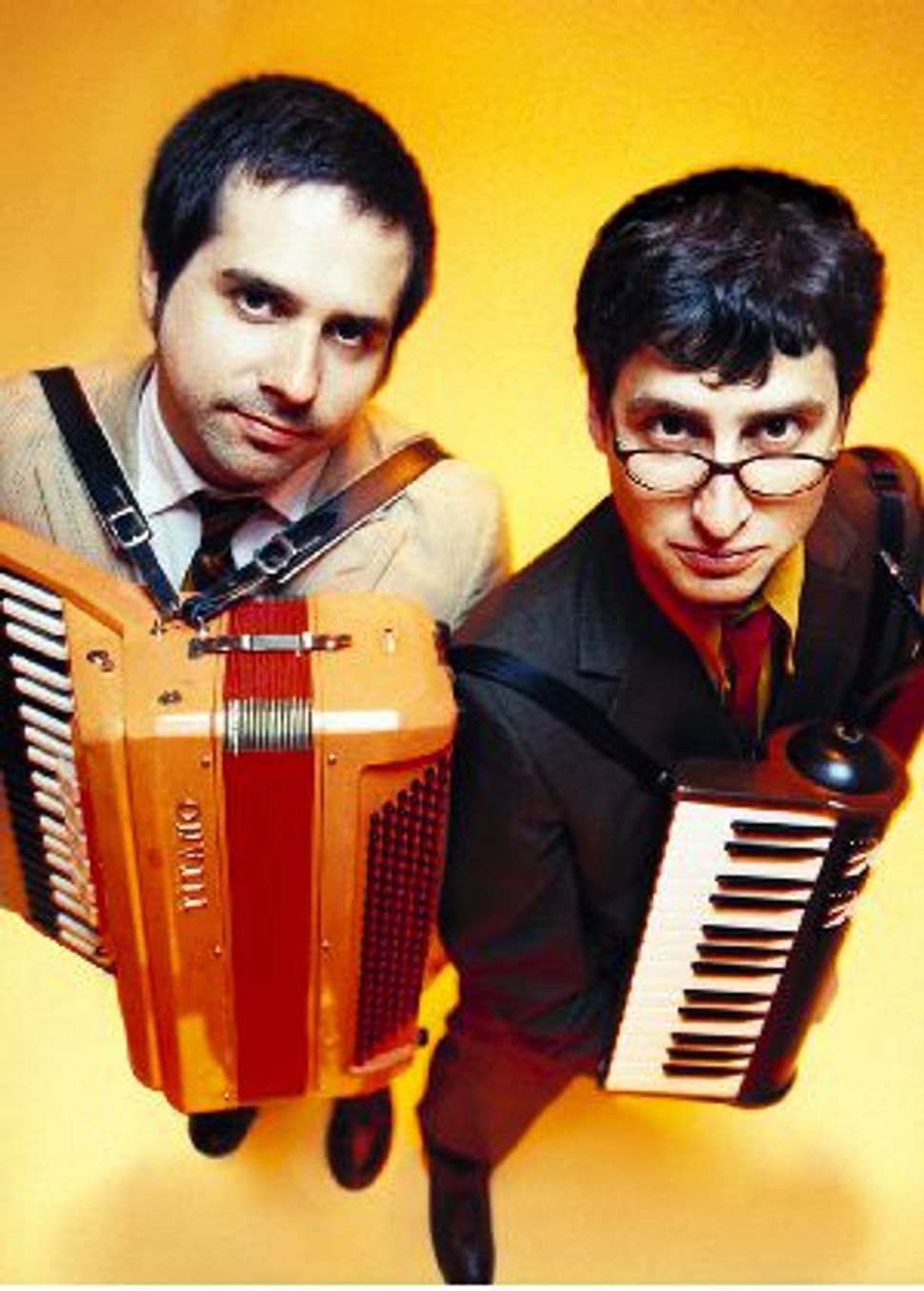 For those familiar with One Ring Zero’s sound — a sometimes-kooky, sometimes-eerie blend of forsaken instruments like theremin, claviola, and glockenspiel — it will come as no surprise that the band’s latest album, “Planets,” is a musical tour through outer space. Given their fondness for far-out noises, it was only a matter of time before band leaders Joshua Camp and Michael Hearst — who’ve been making music together for a decade now — thought to respond to English composer Gustav Holst’s 1920 orchestral suite with their own homage to “the splendor and complexity of our celestial neighbors.”

Like the Holst suite, “Planets” has its somber, ponderous moments, but Camp and Hearst bring to their planet sketches the exuberant sense of humor that Holst’s solemn, astrologically derived portraits lack. In Holst’s solar system, the planets are far-off, majestic, uninhabitable spheres; in One Ring Zero’s, they’re potential sites for love affairs, dance parties, and bar mitzvahs.

A self-consciously melodramatic introduction — complete with a nightmarish “ta-da!” chord to start things off — sets the tone for space travel with an organ-heavy, Pink Floyd-inspired groove and a soaring trumpet melody that evokes the earnest adventurousness of 1960’s science fiction. (A theremin warbles nervously throughout.) “Mercury” follows with folksy guitar-picking and a melancholy tune sung through what sounds like an astronaut’s radio, and after all that spooky space-noise, the effect is charming and sweet. This indie-preciousness doesn’t last long, though, and we’re soon treated to the jaunty, asymmetrical rhythms of a Balkan brass band. (Jacob Garchik’s spirited tuba playing and Dmitri Slepovich’s trilling clarinet make for irresistible dancing music.)

Even if the dizzying collisions of musical styles make you lose track of which planet is which, there are clues in the lyrics: “Jupiter” describes a “never-ending storm”; “Uranus,” with words by frequent One Ring Zero-collaborator Rick Moody, alludes to “scientifical woes” that plagued astronomers trying to make sense of the planet’s strange “axial tilt.” Oddly enough, “Earth,” with its relentless, intersecting rhythmic patterns (played on glockenspiel, woodblock, and strings) and prominent trombone theme, sounds the most like Holst’s “Mars.” My favorite track is “Venus,” which starts off with Mark Feldman’s brilliant, klezmer taksim-like violin solo before launching into an irrepressibly bouncy pop tune that The Beach Boys might have sung. Dramatic, improvisatory interjections from the violin frame the verses of this endearingly silly love song for a toxic, cloudy planet:

I flew in on a beautiful sunny day,
soon I was covered by clouds.
I brought her flowers and pictures of Mars,
and then I proclaimed my love out loud.

“Pluto” — a cheeky ode to a former planet recently demoted to moon — offers another surprisingly hummable hook, this time played on theremin over an off-kilter drum and keyboard ostinato. Here and elsewhere, the combination of goofy lyrics — a “decree of what is icy debris and what is planetary” — and genuinely infectious music makes it hard to separate the elements of high-concept seriousness from the jokes. In the end, though, I’m happy enough imagining extra-terrestrial carnivals and Gypsy bands that I don’t mind the ambiguity. As the story of Pluto proves, life is short, even for planets — so we might as well stop worrying and dance.

Watch the music video for ‘Venus’: