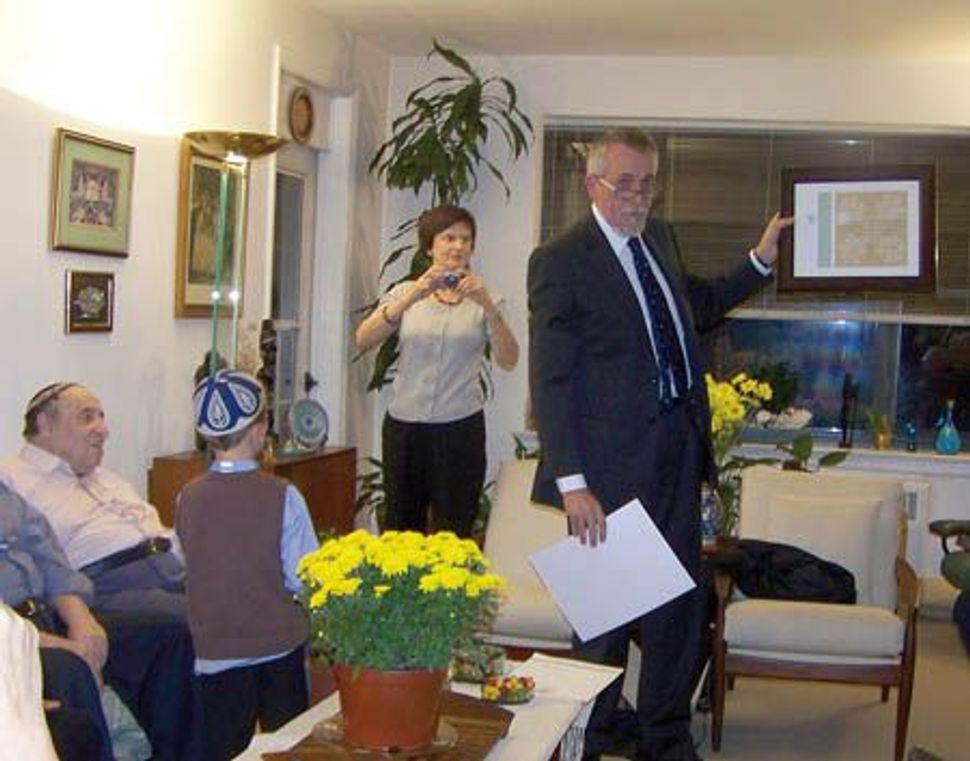 Dr. Joshua A. Fishman (seated, left), was presented with honorary membership to the Royal Academy of the Basque Language. 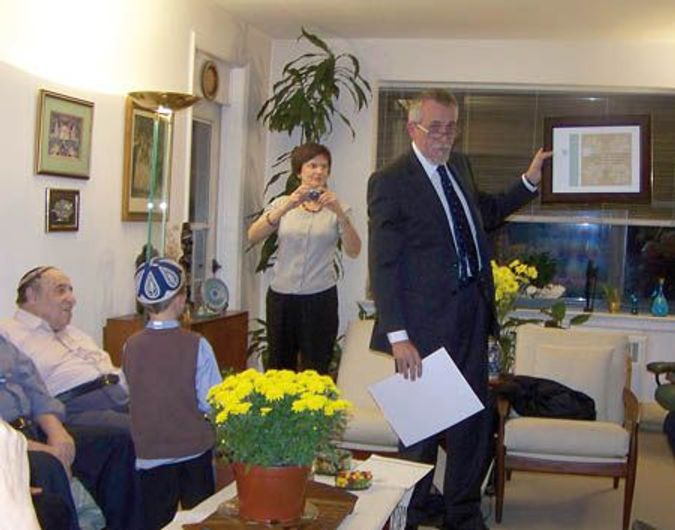 Dr. Joshua A. Fishman (seated, left), was presented with honorary membership to the Royal Academy of the Basque Language.

On October 3, Yeshiva University socio-linguist and longtime Forverts contributor Dr. Joshua A. Fishman was honored by the Euskaltzaindia, or Royal Academy of the Basque Language, for his contribution to the struggle on behalf of “minoritized” languages.

At a ceremony at the Fishman family’s Bronx apartment, Mikel Zalbide, a representative of the Academy, presented Fishman with an honorary certificate of membership, recognizing his accomplishments on behalf of the Basque language.

Fishman noted that his link to the Basques began in the 1930s, when he would hear news of the Spanish Civil War at his Philadelphia Workmen’s Circle school. He recalled attending the Yiddish-speaking Camp Boiberik in the 1940s, where they never picked Fascist Spain for the camp’s folk festival — in which each bunk represented a nation or people to promote world peace — but they did pick the Basques.

Fishman’s wife, Gella, also recounted three trips she and her husband took to Basque Country to assist with language projects.

The Basque population, which lives mostly in Spain and partly in France, has had to fight to save its mother tongue from assimilation. With his scholarship and practical efforts, Joshua Fishman has strengthened the Basque language movement — a fact now recognized by the Euskaltzaindia itself.