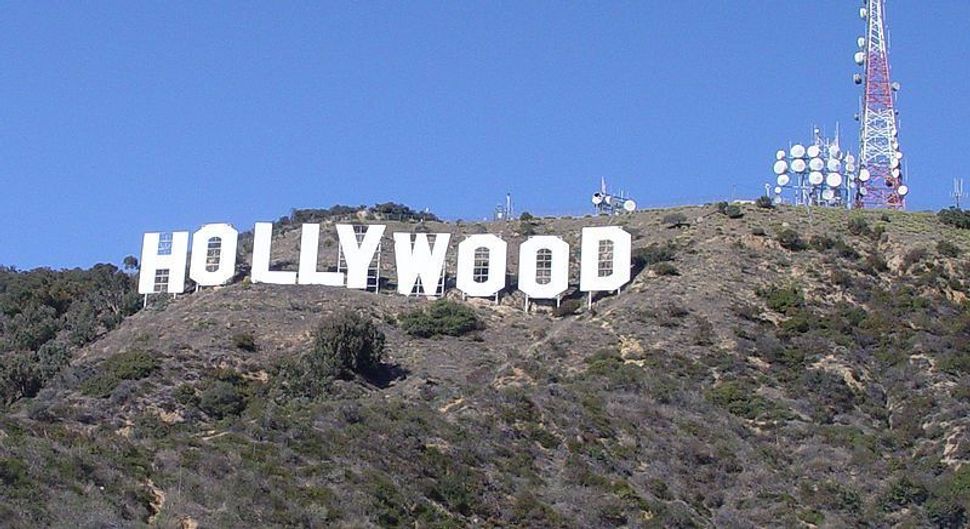 A still from Netflix’s “Hollywood” Image by Courtesy of Netflix

The formula is simple. A public figure makes a comment painting Jews or the Jewish community in a negative or stereotypical manner (forget benign intent) and is then condemned, ostracized, excommunicated. Calumny that crops up in the media rarely stands a chance against 21st century media and political watchdogs.

Here is Sanchez, spouting some classic Jewish media domination rhetoric — aimed at The Daily Show host Jon Stewart — on Pete Dominick’s radio program nearly two weeks ago: “I’m telling you that everybody who runs CNN is a lot like Stewart, and a lot of people who run all the other networks are a lot like Stewart, and to imply that somehow they, the people in this country who are Jewish, are an oppressed minority? Yeah.”

It’s hard to argue that Sanchez’s comments convey anti-Semitic undertones. But it’s the indefensibility of Sanchez’s line of thought, and those like it, that now has the people over at GetReligion.org, a blog that follows press coverage of religious issues, debating the question of anti-Semitism.

Considering how quarrelsome these arguments usually get, blogger Brad Greenberg (not Jewish) shrewdly dodged the question, instead turning the floor over to a recent article by Danielle Berrin, who writes the Hollywood Jew blog for The Jewish Journal.

The main issue floats around the notion of whether or not insults can be slung at Jews in a public forum, free of actual or perceived anti-Semitic coloring.

“Just because something is tasteless and stupid doesn’t mean it’s anti-Semitic,” Berrin writes. Sanchez’s comments were “crass, rude and unsophisticated — but anti-Semitic? Sanchez further asserted that Jews have a lot of power and influence in the media. If we’re honest, that’s probably true (I haven’t run the numbers) — but is it anti-Semitic to say so?”

The answer, I’d say, is probably. The actual numbers matter little when you accept that claims about Jewish media domination have never been used for good (except here) and reflect historically insidious and destructive attitudes toward Jews.

But since anti-Semitism is so “amorphous,” Greenberg argues we shouldn’t rush to judgment — and he’s on to something, at least as far as free public debate is concerned, in writing “it’s healthy — to discuss the role of Jews in the media … if it’s done sincerely and without malice.”