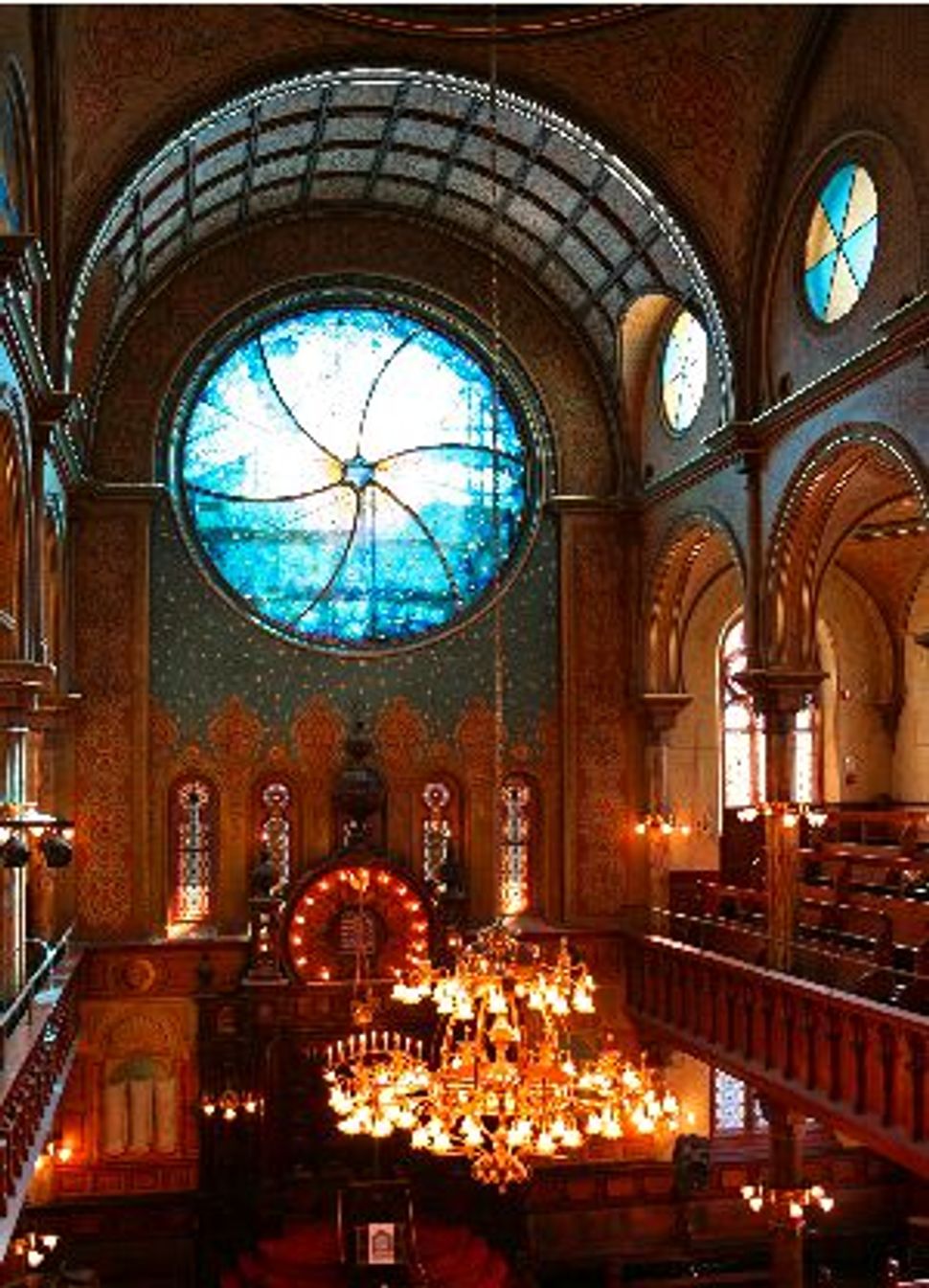 Rome wasn’t built in a day, and neither was the Lower East Side’s Eldridge Street Synagogue — not the first time, and not the second time either. The synagogue, which was originally erected in 1887, has just announced the completion of a 24-year-long restoration process, with the installment of a 16-foot circular window, commissioned by the Museum at Eldridge Street, for the eastern wall of the historical building.

The synagogue, which was near collapse a century after opening, was the first Orthodox synagogue in the Lower East Side built for Eastern European Jews, who made up the majority of the neighborhood’s population at the time. In its efforts to preserve what was salvageable, and rebuild what had been lost, the Eldridge Street Project assembled private, city, state, and federal government support to breathe new life into the crumbling structure.

Throughout the delicate undertaking to reinvigorate a national historic space, the goal was to produce a sustainable structure without losing the authenticity of the original design. This task was complicated by the damage that had been done to the synagogue’s architecture, which rendered some of its original facets irreparable. The window, which had been removed in 1944, posed an even greater challenge, as no visual documentation of the original design could be found.

But with an impassioned desire to complete the revitalization process and a lot of creative vision, artist Kiki Smith and architect Deborah Gans joined forces to create a cultural and historic masterpiece. Smith, a prolific artist who addresses social, spiritual, and philosophical issues in her work, and Gans, whose studio includes a range of socially active projects, united on a mission to honor the spirit of the synagogue while infusing the space with new hope. This sentiment mirrors the philosophical intent of the synagogue’s original immigrant founders, who came to the United States with the vision of an improved way of life without leaving their native culture and traditions behind.

Studded with a splattering of golden stars, the semi-translucent window sparkles from an azure ocean blue. Spiral stems sprout from each corner of the Star of David, which sits at the center. These curved spiral arms radiate toward the outer edges of the window, extending the star’s force beyond its intrinsic structure, much like the symbolism of the synagogue itself.

The luminous installation sits above an original wall painted in a dusk blue, boasting a similar pattern of golden stars. The same design can be seen in the concave ceiling domes and windows to either side of the arc; blue pallets dusted with smaller versions of a star speckled night sky.

The effect of this galactic design is at once mystical, whimsical, and powerfully spiritual. The glittery, otherworldly enchantment that radiates from the stained glass is emotionally rooted in the rich soil of Jewish history. As the light changes from morning to night, so does the visual quality of the window, either flooding the walls in a sparkling blue, or draping the space in a shimmery twilight. Whatever the outside environment may bring, this incandescent marriage of old and new, spiritual and artistic, thrives on the inevitable fluidity of an ever-changing world. With that, the new Eldridge Street Synagogue welcomes all.