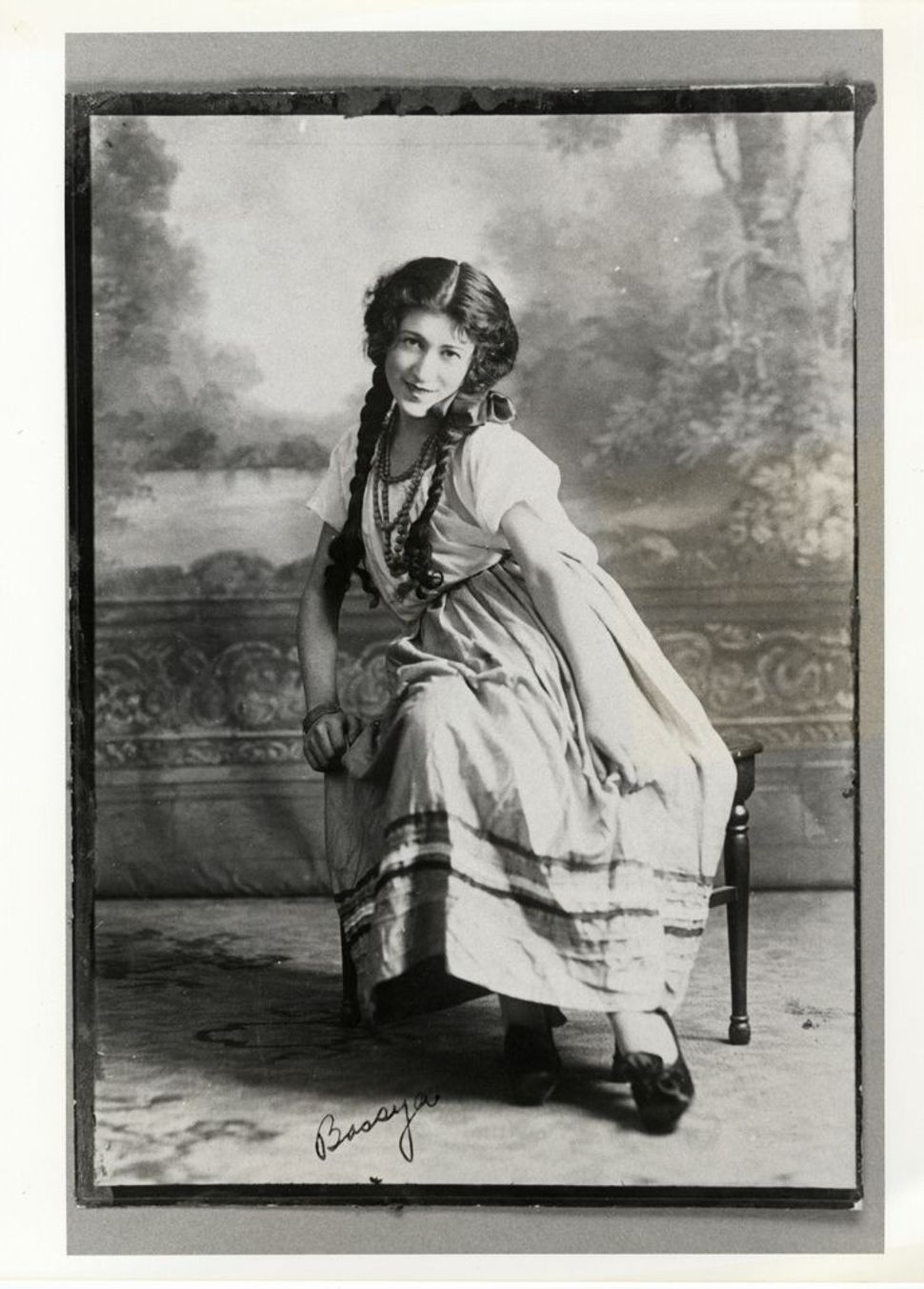 Courtesy of The Magnes Collection of Jewish Art and Life

It is almost impossible to imagine that in this city, where today there is no kosher butcher shop or kosher bakery, and Hebrew schools struggle to get students to attend at all, there were once two synagogues, three kosher restaurants, four Jewish bakeries, five kosher meat markets, three Jewish delicatessens, one Jewish liquor merchant, and a central Jewish afternoon Talmud Torah which students attended six days a week. All within a two-square block area, no less.

“It’s not by coincidence that we brought the ‘Jews of the Fillmore’ exhibition here,” explained Allison Green, Program Coordinator at the San Francisco Bureau of Jewish Education’s Jewish Community Library (JCL). The library is located at JCHS, just blocks from what was once the hub of this legendary neighborhood, during its heyday from 1906 to 1945. Jews first started moving into the area after their homes south of Market Street had been destroyed in the Great Earthquake and Fire, and began moving away even before the national post-World War II exodus from the inner cities to the suburbs.

Originally created by Lehrhaus Judaica and the Judah L. Magnes Museum and shown at the Koret Heritage Lobby of the Jazz Heritage Center at 1330 Fillmore Street from July to October 2009, the exhibition is on view at JCL through February 27. The neighborhood, although very Jewish, was also home to other ethnic groups, and by the mid-20th century had become the city’s focal point for jazz music. Not only was the Fillmore akin to the Lower East Side, it was also known as the “Harlem of the West.”

The vibrancy of life in the Fillmore comes through on nine panels adorned with archival photographs, primary documents and snippets of oral history. Along with evidence of religious observance and recognizable scenes of early 20th century Jewish education, commerce and Yiddish Theatre (a 1928 production of “The Dybbuk” was directed by Nahum Zemach, founder of the famed Moscow Habimah Theater), are artifacts highlighting the socialist and communist activity in the neighborhood.

On display, as well, are reproductions of items telling the story of the biggest celebrity to emerge from the Fillmore, virtuoso violinist Yehudi Menuhin. Classical music was not the only kind that flourished in the Fillmore. Young people from all over San Francisco flocked to the neighborhood to hear jazz and dance to the latest popular tunes at the Dreamland Rink (later to be known as the Winterland). The venue also hosted sporting events, especially boxing prize fights. Moviegoers had their choice of seven movie theatres that lined an eight-block stretch along Fillmore Street.

In conjunction with the exhibition, JCL is hosting a number of lectures and presentations on the history of Jewish life in San Francisco, and on the West Coast in general. Among them will be “The Fabulous Fillmore,” a talk on November 18 by Fred Rosenbaum, curator of the exhibition and author of “Cosmopolitans: A Social and Cultural History of the Jews of the San Francisco Bay Area.”

Those curious about the Fillmore as it once was are strongly advised to visit the exhibition, because very little of the original neighborhood remains. Today’s Western Addition bears little resemblance to the Fillmore. Most of the Jewish landmarks and communal institutions, as well as many of the Victorian homes in the area, fell victim to San Francisco’s urban renewal efforts in the 1950s and 1960s. If the Jewish Community High School is any indication, however, like in the Lower East Side, the Fillmore’s Jewish presence may be making a modest comeback.