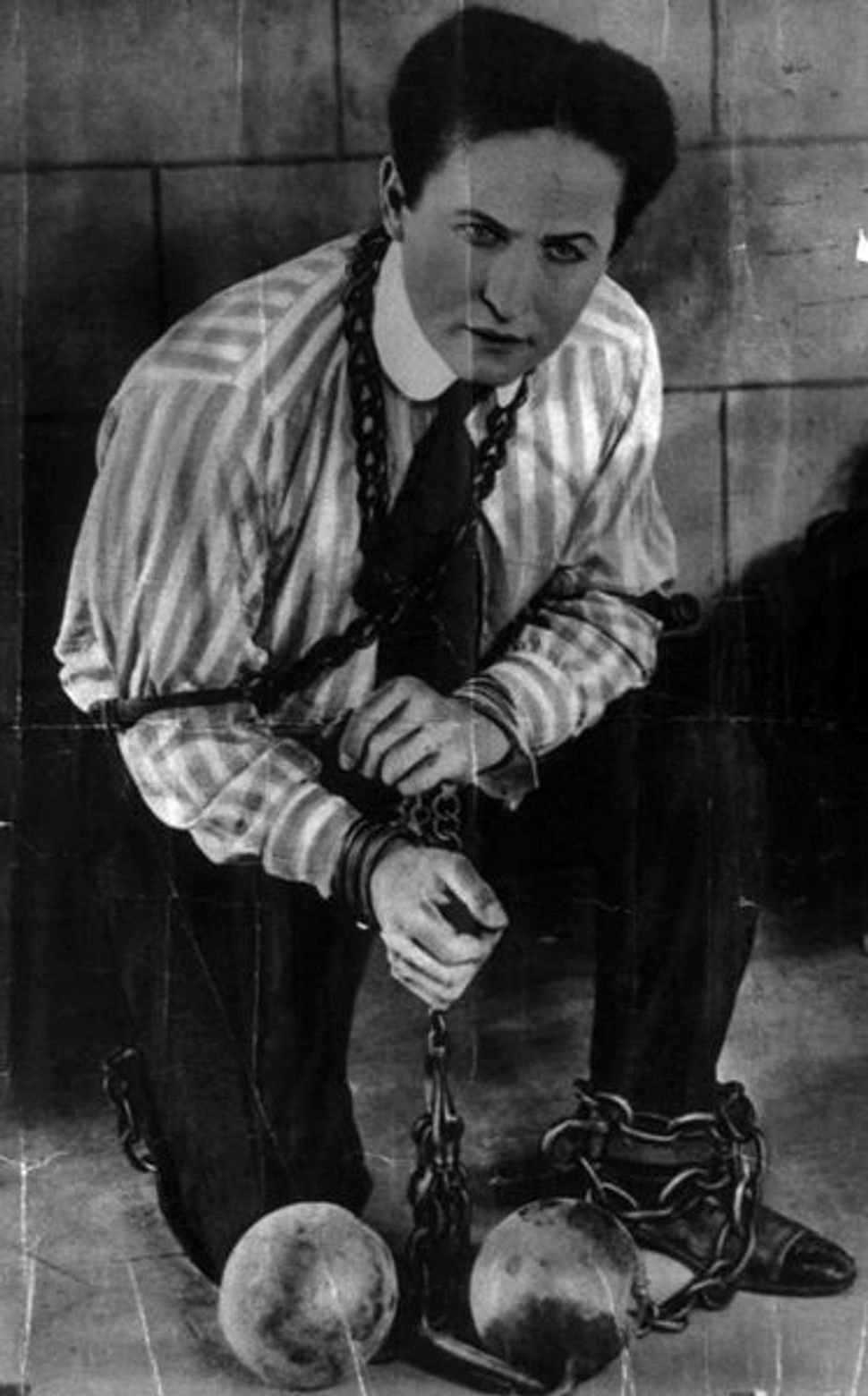 On Halloween, 84 years after Harry Houdini vanished forever (er, died), the famed Jewish magician will return to the stage, this time in an exhibit at the Jewish Museum in New York. “Houdini: Art and Magic” opens on October 29 and will feature a life-size projection of the great magician performing his water torture act, plus period photographs, archival films, broadsides, posters and magic paraphernalia.

Houdini was born Ehrich Weiss in Budapest in 1874. A few years later, he immigrated to Wisconsin with his family, including his father, a rabbi. As JTA reported, Houdini once wrote to a friend, “I never was ashamed to acknowledge that I was a Jew, and never will be.” And as the exhibition’s curator, Brooke Kamin Rapaport, explained in the exhibition text, Houdini’s escapes “had particular resonance for those who sought liberation from political, ethnic, or religious persecution.”

The exhibit will also feature works influenced by the magician (handcuffs, straitjacket, shackles) as well as a panel discussion, “Conjuring Houdini in the Popular Imagination.” Dorothy Dietrich, a magician and co-director of the Harry Houdini Museum in Scranton, Pa., will speak on the panel and serve as the medium during an October 31 séance held at the Scranton museum. Though the event is open to the public (for a price), the website warns “No kooks please, this is a serious séance test and séance tribute.”

The magic doesn’t end there. According to JTA, shortly after Halloween the “Broken Wand Ceremony” will take place at the Machpelah Cemetery in Queens, where Houdini is interred in a bronze casket. A Rabbi will be present at the graveside ceremony and the crowd of magicians who gather will say the kaddish to honor Houdini.

Looking for something a little lighter for your Halloween? Skip it and trick-or-treat instead. Houdini liked tricks, too.