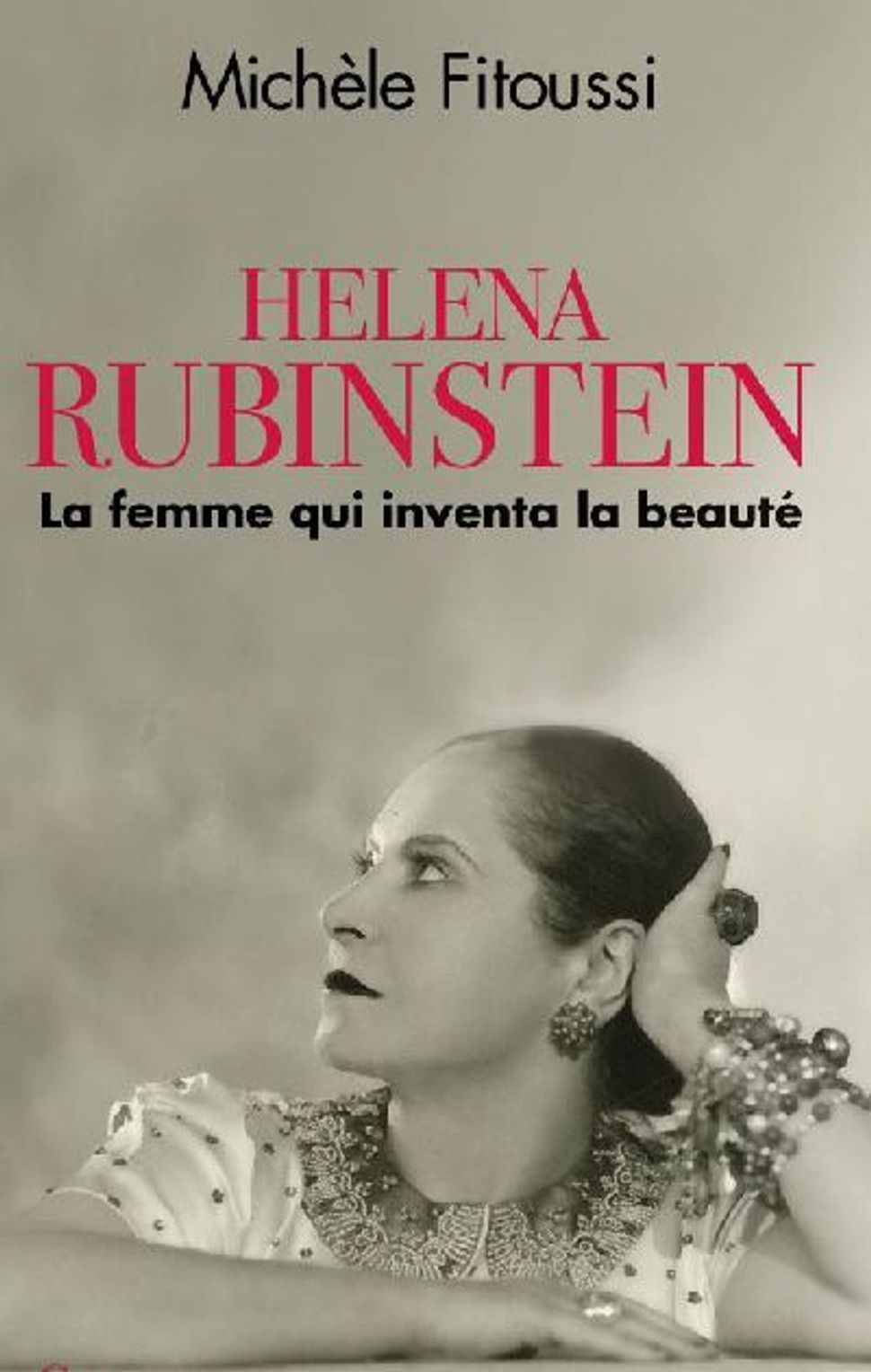 In the world of beauty, Helena Rubinstein is still a legend, yet the details of the tycoon’s life, from her birth as Chaja Rubinstein in the Jewish Kazimierz district of Kraków, to her death in her mid-90s in 1965, are comparatively little-known. A new biography from Les éditions Grasset in Paris, “Helena Rubinstein: The Woman who invented Beauty” by Michèle Fitoussi, aims to correct that.

Fitoussi, a Parisian of Tunisian Jewish origin, writes for Elle Magazine, for whom she scored an exclusive interview last year with the mother of Ilan Halimi, a 23-year-old Frenchman of Moroccan Jewish origin who, in 2006, was kidnapped and murdered in Paris. Fitoussi, who has also made French adaptations of plays by such Jewish Americans as Eve Ensler and Israel Horovitz, is a careful guide to Rubinstein’s complex relationship to her own Judaism.

Rubinstein escaped early poverty by fleeing to Australia with a family recipe for face cream and “incommensurate chutzpah,” as Fitoussi puts it. Rubinstein family tradition claims they descended from Rashi, but this did not protect them from pogroms in Poland. No cringing refugee, Rubinstein stolidly found a new source of empowerment, declaring in 1904: “Beauty is power. Even the most important power of all.”

Titus was the Roman emperor who destroyed the Temple of Jerusalem. But Edward was always a real non-conformist.

As Rubinstein’s beauty business expanded to London, she relied on friends such as two Jewish sculptors, Polish-born Elie Nadelman and New York-born Jacob Epstein for education in esthetic matters. Rubinstein hired avant-garde architects such as the Hungarian Jewish Ernö Goldfinger to design her salons.

As her fortune grew, her attitude towards fellow Jews could vary, as when she landed in New York around World War I, only to reject the Upper West Side as “too Jewish for her taste,” according to Fitoussi. Years later, when Rubinstein coveted an apartment at 625 Park Avenue, a realtor told her that the co-owners there “do not want a Jew in the building,” to which Rubinstein replied: “No Jews? Make them an offer, I’ll buy the building.” This panache got her through the tragic experience of losing family and friends in the Holocaust, and when she finally visited Israel in her 80s, she zestily — and doubtless accurately — informed every sabra whom she met: “Your skin is dry!”