A Hotel for Orthodox Jews Opens in Brooklyn 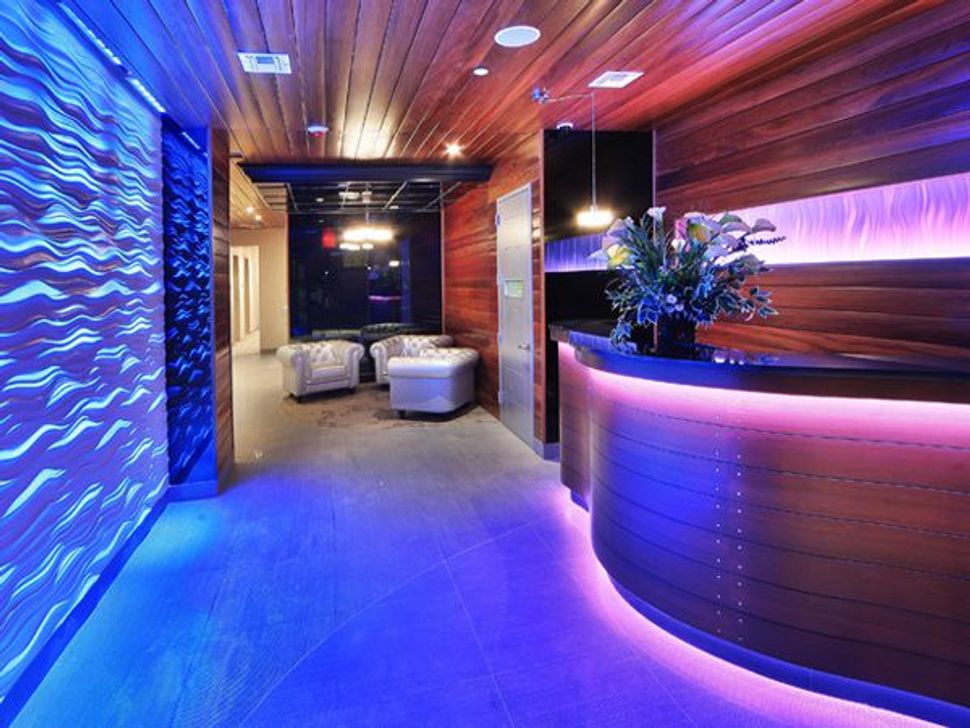 With new properties from giants Marriott and Starwood competing with indies like Smith Street’s NU and and Park Slope’s Le Bleu, Brooklyn’s hotel market is sizzling. So how can an upstart hotel compete? For the spanking-new Condor hotel in Williamsburg, according to real-estate site Curbed.com, the edge comes from amenities like wig stands and a Yiddish-speaking concierge — but no televisions or phone operator on Friday nights and Saturdays.

Since the 35-room Condor’s target market is Orthodox Jews and their large families, guests probably won’t mind. The hotel’s “half a block from a shul, from kosher food,” developer Zalman Glauber told the New York Daily News. “A Jewish businessman who has a show in the Javits Center will much more want to stay in a place where he can daven [pray] and have something to eat kosher,” he added.

The Condor’s own web site showcases a sleek, canopied entrance and high-style lobby with curved walls and wave-patterned light fixtures. Guest rooms, with kitchenettes and microwaves, boast tasteful earth-tone furnishings. “Our guests want five-star accommodations that pamper them and give them the indulgent service they expect from a luxury hotel,” its web site declares. “But unlike at luxury hotels located in the middle of nowhere, Condor guests enjoy scrumptious kosher food, round-the-clock minyanim, and Shabbos-friendly facilities and amenities.”

Along with the fact that the $159-a-night rooms are filling “a big void,” as an Orthodox Williamsburg resident told the Daily News, it’s also a Hail Mary pass — so to speak — for Glauber, a prolific Brooklyn developer whose residential ventures have mostly ended up in foreclosure proceedings over the last few years, according to Curbed. Glauber and his partners invested $5 million to convert an old garage into the Condor, the web site said.

The Condor is part of a Brooklyn hotel boom, according to the Daily News. While five years ago, the borough — the city’s most populous — had just 600 hotel rooms, there are now 2,400, with up to 900 more under construction. And the Condor’s already facing the prospect of competition; another hotel for Orthodox Jews is planned nearby, the Daily News said. But the Condor’s competitive prices, Curbed speculates, “might be low enough to bring in the hipster clientele, who could use the wig stands for their fedoras.”

A Hotel for Orthodox Jews Opens in Brooklyn