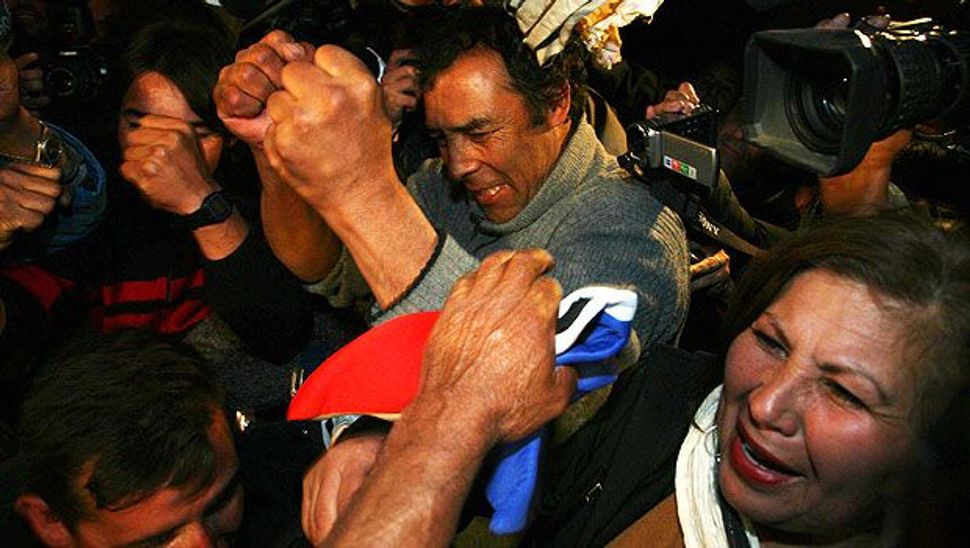 When the Chilean miners surfaced, Israel’s tourism minister, Stas Misezhnikov, invited them on an all-expenses-paid trip to Israel over Christmas. “Your bravery and strength of spirit, your great faith that helped you survive so long in the bowels of the earth, was an inspiration to us all,” he wrote, before inviting them to the “Land of Jesus” for the holidays.

Well they’ve accepted. David Dadon, governor of the Atacama region, where the miners were rescued, has told Israeli embassy in Chile that they want to come, so long as they can bring a long list of relations, which — according to this report on Ynet — includes 33 miners, 31 partners, two mothers of two single miners, the miners’ 33 children, one grandchild, one nephew and one partner’s daughter. And if you thought we Jews have chutzpah, guess who one miner wants to bring. His wife and his mistress! Well Misezhnikov’s invitation promised a “spiritual journey this Christmas,” so whatever it takes.