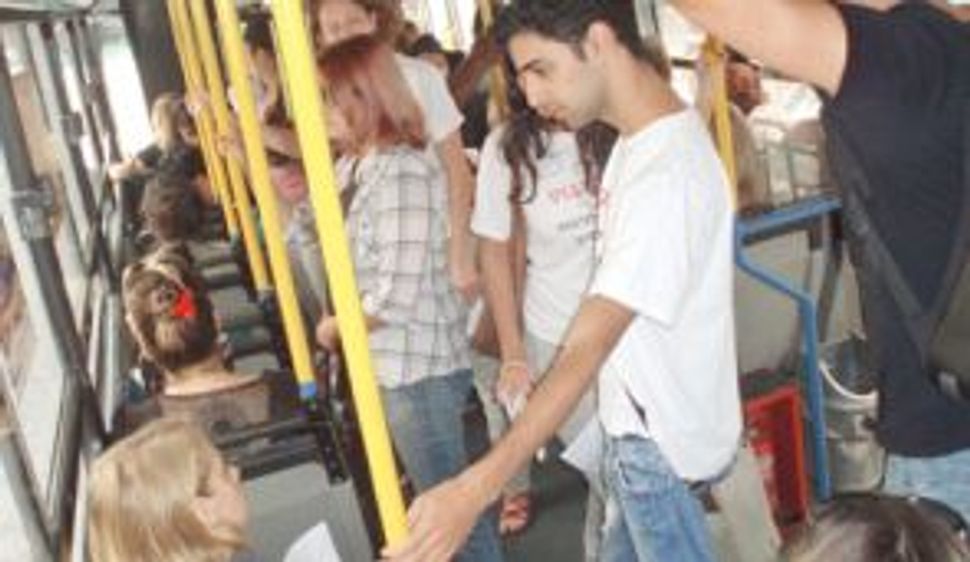 While students in Great Britain set fire to London to protest tuition hikes, in Israel a different kind of student protest is surfacing. No, it’s not against the scandalous “avrekhim law,” which differentiates between students in post high school educational institutions and yeshiva students. The cause that has inspired some students to demonstrate is their disgust with the undignified behavior of passengers on Israeli public transportation.

Under the auspices of a project known as “Mishtarbus” (a Hebrew acronym for “bus manners police” ), students from the College of Administration decided once and for all to establish some order in the public transportation system. The group is seeking to eliminate such nuisances as loud ringtones, chattering across seats and ignoring senior citizens who are forced to stand. Five communications students taking a course on social networking are the driving force behind this project: Sandra Veller from Ra’anana, Tal Gvili from Kiryat Ono, Ran Amichai from Holon, Barak Ben Shimon from Mevasseret Zion and Lihi Ben David from Tel Aviv.