Nick Kroll, ‘The League,’ and the (New) New Jew 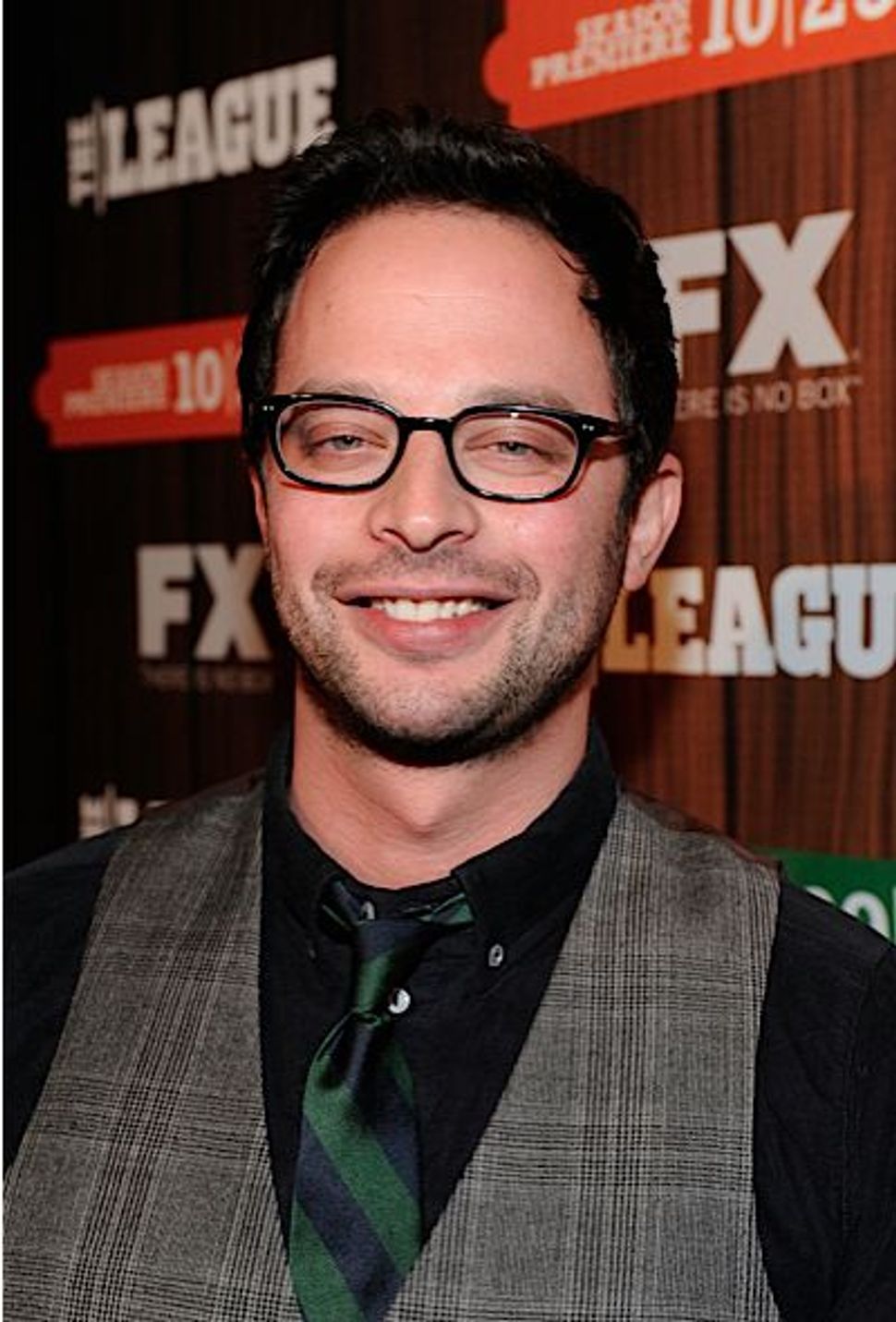 When Philip Roth’s Alexander Portnoy discusses the arcane symbolism of his girlfriend eating a banana, or talks about time spent alone in the bathroom with women’s underwear hanging on the door, or any number of other things that can’t even be implied in the html of a family website, he is revealing his innermost “perversions” to his analyst, the things he’s repressed and sublimated and kept far away from public view; Nick Kroll’s Rodney Ruxin says the same things to his group of friends on “The League” every week and they celebrate him for it, and enjoy provoking him to see what invectives he’ll throw their way.

“The League” is an FX show about a group of 30-something high school friends in the Chicago area who continue to bond over fantasy football. The characters are ethnically diverse in the way of most North Shore Chicago suburbs (Poles and Protestants) and Ruxin, as the Jewish member, marks the ironic result of six decades of suburbanization by American Jews. He’s been raised in suburban American settings, and is accepted as a normal white American by his friends, but he’s simultaneously been brought up on a Jewish American culture that emphasized outsiderdom from general American society (30 years of Roth and Woody Allen) and has been permanently affected by the meta-criticism of Larry David and Jerry Seinfeld.

It’s not just that Jewish humor has gotten bawdier over the years (though it has), but that what it means to be the lone, solitary Jew in a sitcom or film has changed. Seth Rogen and his cohort say horribly inappropriate things to each other in “Knocked Up” but they are almost all Jews, with only the token beard-growing gentile friend to hear them. With Ruxin we’ve entered a new era: The Jewish character no longer has to be nerdy, awkward, and nebbishy (Rob Morrow on “Northern Exposure”) or the overly-moral mensch for all seasons (Evan Handler’s Harry on “Sex and the City”); the Jewish character can now be the loud and abrasive jerk without anyone wondering too loudly “Is this good for the Jews?”

In a fantastic piece of insider Jewish humor, Ruxin religiously wears pastel-colored shirts and ties from Brooks Brothers in order to fit in with the surrounding society. When he doesn’t wear a costume for Halloween he’s asked if he’s going as a “Jew dressed up as a WASP,” lampooning our superficial understanding of preppy culture. But the real joke is that Jewish firms, from J. Press to Ralph Lauren, helped market and sell classic American style in the first place, even if no one remembers that madras jackets, like the bagel, were brought to this country by Jews.

Ruxin’s Jewish identity is an important part of his character, but it’s an unmarked one — another American ethnicity for the show to make jokes about. We recently learned that Ruxin worried about marrying a non-Jew on his wedding day, but the religious nature of his anxieties, while important, wasn’t the core of the joke; it was a Jewish flavoring for the sitcom convention of cold feet. In that regard it was much like Kroll’s “Bar Mitzvah Disco,” which figured the Bar Mitzvah as just another instance of awkward American adolescence, or “Wet Hot American Summer,” which did the same with Jewish summer camps. As the Bar Mitzvah circuit became a shared experience for Jews and their neighbors, mass media could exploit these Jewish rituals without having to teach the general audience what a Bar Mitzvah was.

Still, the fact that Ruxin’s marriage anxieties took Jewish form is surprising and fascinating. The show takes place with Ruxin long married and extremely proud of his hot Hispanic wife. That he paused to wonder about whether he was doing the right thing marrying a non-Jew shows the remnants of Jewish difference in American society and humor. Just enough of a sense of separateness remains to continue making jokes about it, even in the suburbs.

Nick Kroll, ‘The League,’ and the (New) New Jew