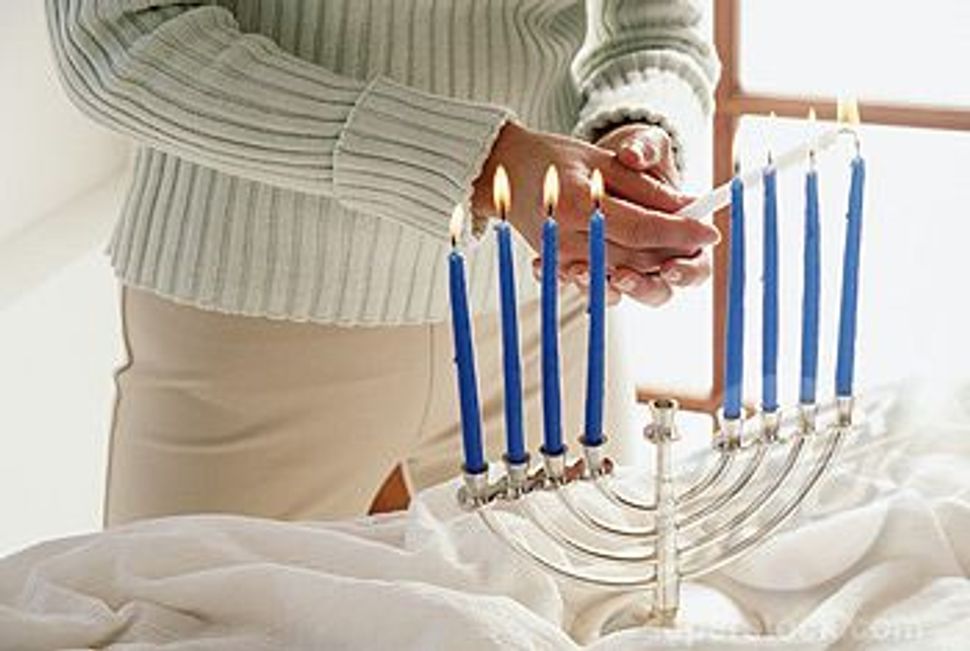 Latkes sizzling, dreidels spinning, menorahs burning… They may love the first two Hanukkah traditions, but Israeli firefighters have come to dread the Festival of Lights for the menorah-related surge of house fires it brings, the Associated Press reports. Many Jews light the holiday candles “too close to the drapes,” firefighters say; Jerusalem fire department spokesman Asaf Avres told the AP the menorahs children make in kindergarten often topple over, posing another fire threat. Hanukkah typically sees a jump of 10 to 15 percent in house fires, Avres said. The report comes as northern Israel battles a raging forest fire that has already killed 40 people.

Rather than host a public menorah-lighting, the fire department marked the start of the holiday by releasing safety guidelines, including common-sense tips like keeping fire extinguishers or buckets of water close at hand. Stateside, the Orthodox Union offered up its own advice on “Chanukah Burn and Scald Prevention.”

Menorahs are just the tip of the dreidel, according to the O.U.’s site; latkes present another potential menace. “When making latkes, keep ALL children away from the hot oil,” the site warns. “Remember to turn frying pan handles away from the edge of the stove, so that they do not get knocked over and cause the oil to be spilled.”

The site also advises women to avoid setting their sleeves on fire when lighting and blessing candles.