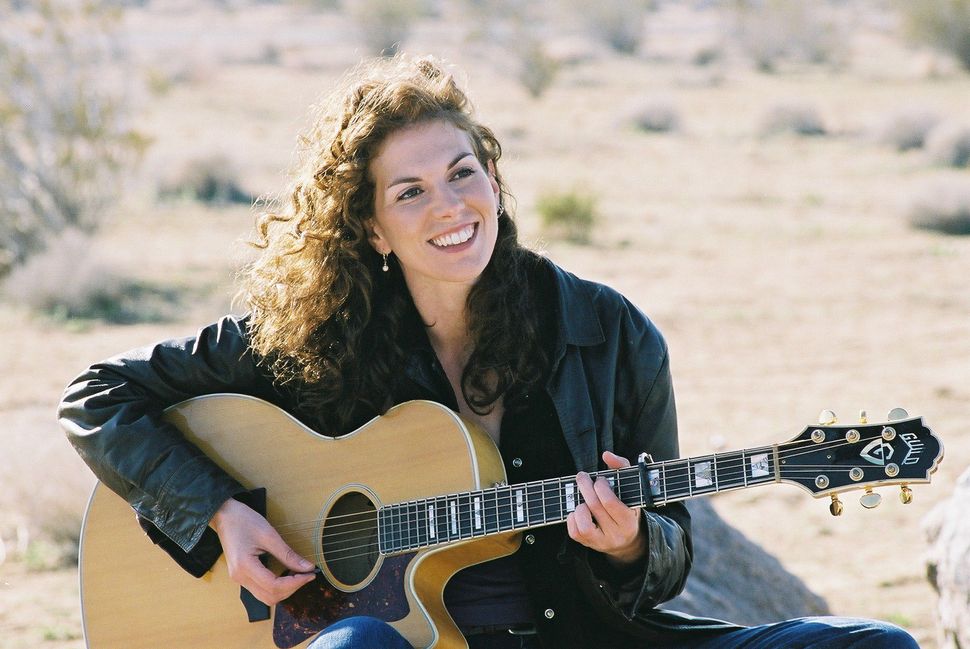 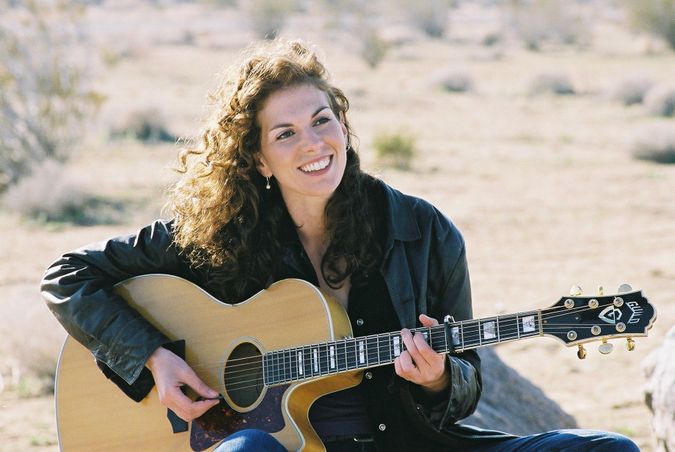 “Most often, I start writing a song because of something I am reading,” Gerson said. Given her academic background (she studied Jewish existentialism at Princeton), she likes to read ethically focused material, which “spurs the kinds of questions to write about,” she explained. “People ask if I am talking to a guy in my songs. I tell them, ‘No, I’m talking to God.’”

Gerson, who has seven albums to her credit, has opened for artists such as Dave Matthews, Suzanne Vega, Steven Wright and Roger McGuinn, and has appeared at The Newport Folk Festival, New Orleans Jazz & Heritage Festival, and South by Southwest, among other festivals. She has also made appearances on Late Night with Conan O’Brien and The Craig Ferguson Show.

Described by The New York Times’ Stephen Holden as “a cross between Natalie Merchant and Patti Smith with a dash of the youthful Grace Slick thrown in for spice,” the Upper West Side-born and bred Gerson is known for both her creativity and the emotional truth of her songs.

If you had asked Gerson five years ago to label herself professionally, she would have called herself an artist. Six months ago she would have said that she was a voice teacher and coach. “But now I really see myself as both,” the singer-songwriter said.

Gerson, 40 and a single mother who recently moved with her children to the San Francisco Bay Area, misses playing on tour as much as she used to, but also likes the creativity of teaching. Finding the right balance has been a challenge, but specializing in living room concerts has helped her figure it out.

On December 5, music lovers and aspiring singers in the Palo Alto, Calif. area had a chance to get to know Gerson as both performer and vocal coach at a workshop and concert at the Oshman Family JCC. Although it was not technically in a living room, the intimate concert was modeled on the kind of concerts Gerson is known for playing all over the world. After jokingly making an off-handed comment to someone in the 1990s that she would “play in your living room, but not in that club,” the singer ended up making her living for many years playing for audiences of 40 to 50 people at potluck dinners in private houses and apartments.

At first, the donations from the audiences were only for herself, but soon Gerson was playing these gigs as charity fundraisers, as well. “Clubs are anonymous. Living room concerts are a really fun way to travel, make friends and feel at home,” she commented. Gerson was one of the pioneers of this kind of performance, and she recalls that even artists with hit singles were coming to her to ask her how to do it. Now thousands of musicians are reaching audiences in this way.

Although she likes to perform in a small space, with no stage and no amplification, Gerson’s voice is being heard far and wide. Now that she has also branched out to writing articles and not just songs, readers can also hear what she has to say about being a professional singer and vocal coach in her columns for the Huffington Post.