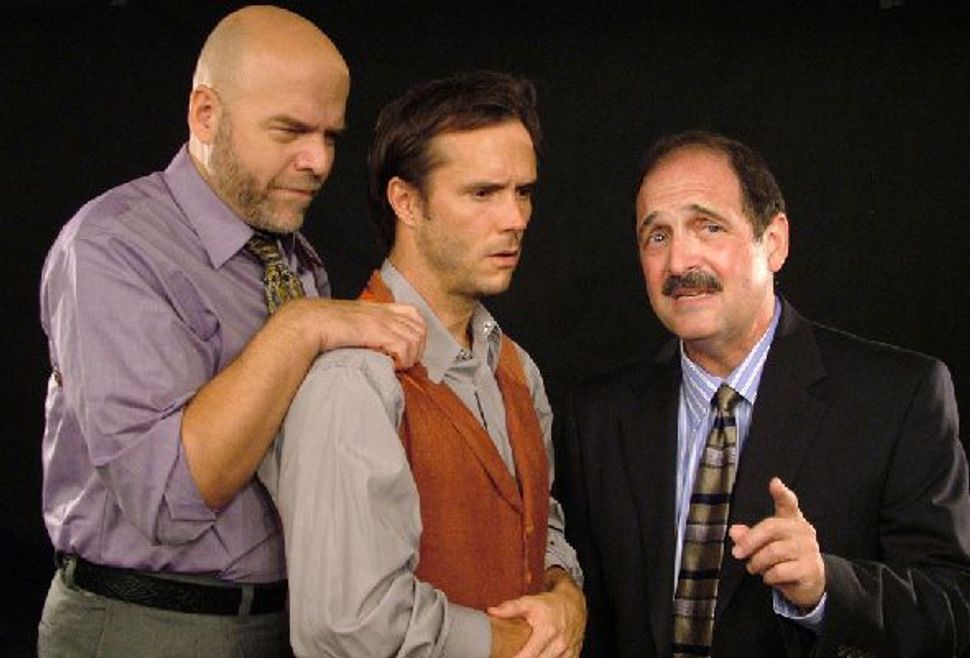 Yet Stadlen is basically a stage animal, as student of two Jewish theatrical teaching legends, Sanford Meisner and Stella Adler. Stadlen was attracted to Adler, who in her 60s “looked like the queen mother of a country whose major export was sex,” as opposed to Meisner’s “cruelty.”

Scion of a liberal Jewish family, Stadlen recalls: “That reactionary rag, the Daily News, was allowed in our home only once when [Senator Joseph] McCarthy died of liver cancer, so the family could rejoice at the block letter headline SENATOR JOE, DEAD AT 57!”

His father Ira Stadlen, who worked as a voice actor using the name Allen Swift, once “laughed so hard” seeing Zero Mostel perform that “he vomited a small part of his seafood dinner onto the carpeted floor of the Alvin Theater.” Stadlen was soon cast as Mendel the rabbi’s son in a touring company of “Fiddler on the Roof,” starring Stella’s brother Luther Adler.

Stadlen next played Groucho Marx in a 1970 Broadway production of “Minnie’s Boys,” starring Shelley Winters (born Shirley Schrift), whom he describes as a “person who demanded to be difficult, as a means of exhausting the world around her.” Then a key supporting role in Neil Simon’s 1972 “The Sunshine Boys,” acting alongside Jack Albertson and Sam Levene.

Preparing for a revival of “Oklahoma!” one director informed Stadlen that his character, the peddler Ali Hakim, was Persian. Stadlen explained that Yiddish actor Joseph Buloff had created the part on Broadway:

that’s the funny part. He calls himself a Persian peddler because he’s in the middle of Oklahoma. If they believed he was a Jew from Delancey Street, they might tar and feather him.

Stadlen also endured the 1983 filming of “To Be or Not To Be,” starring Mel Brooks, whom he describes as a “street tough trying to escape the body of an elderly Jewish woman,” only to reunite with Brooks years later. Starting in 2002, Stadlen performed the role of Max Bialystock in Brooks’ musical “The Producers” over 700 times across America, with no end in sight. Stadlen is as resourceful as, if infinitely more talented than, Ali Hakim; his memoir is a must for all theater lovers.