‘Allen Ginsberg Forgives Ezra Pound on Behalf of the Jews’ 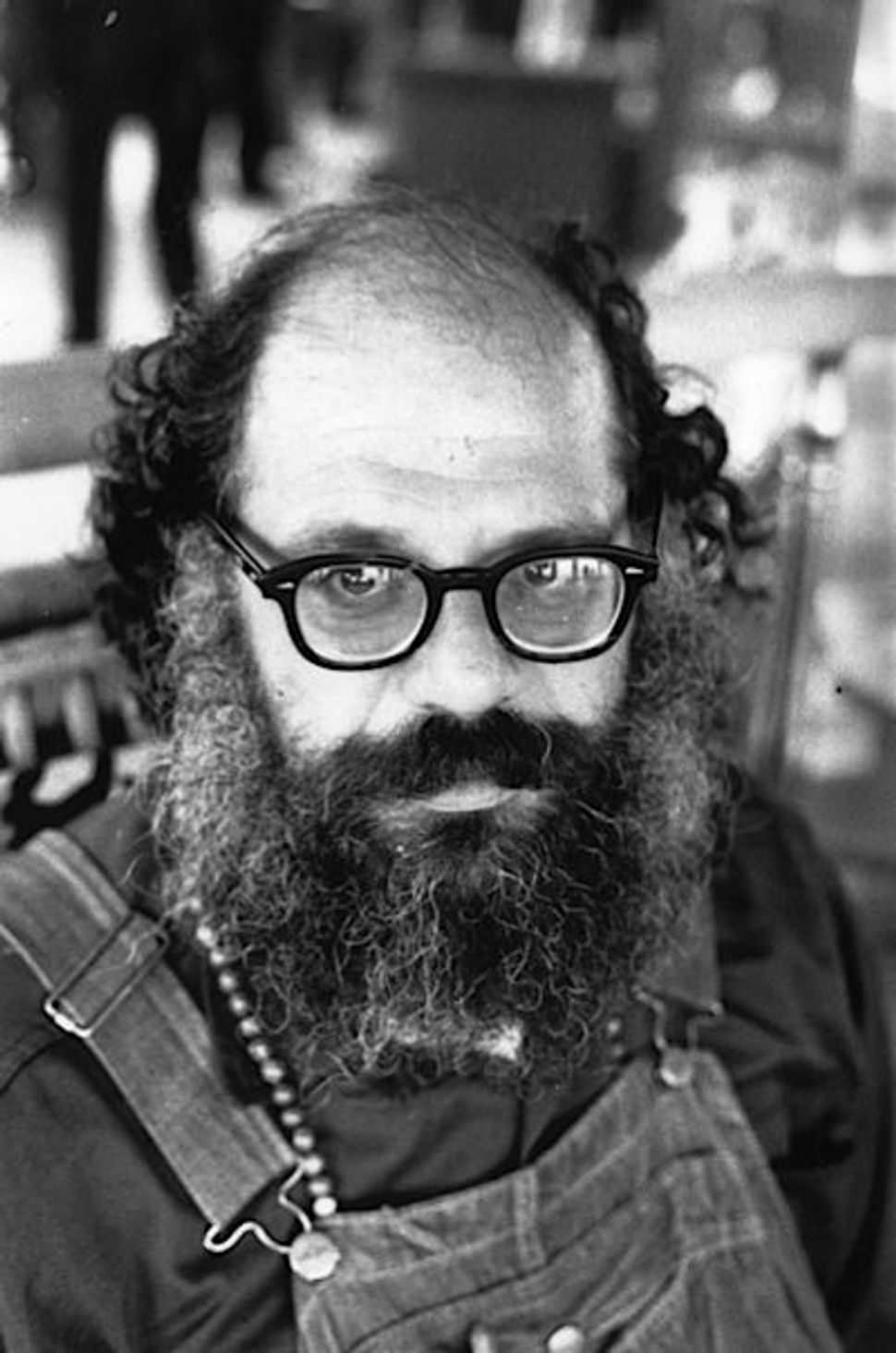 Each Thursday, The Arty Semite features excerpts and reviews of the best contemporary Jewish poetry. This week, Rodger Kamenetz introduces his poem “Allen Ginsberg Forgives Ezra Pound on Behalf of the Jews.” This piece originally appeared on December 7, 2001, as part of the Forward’s Psalm 151 series. It is being published here online for the first time. 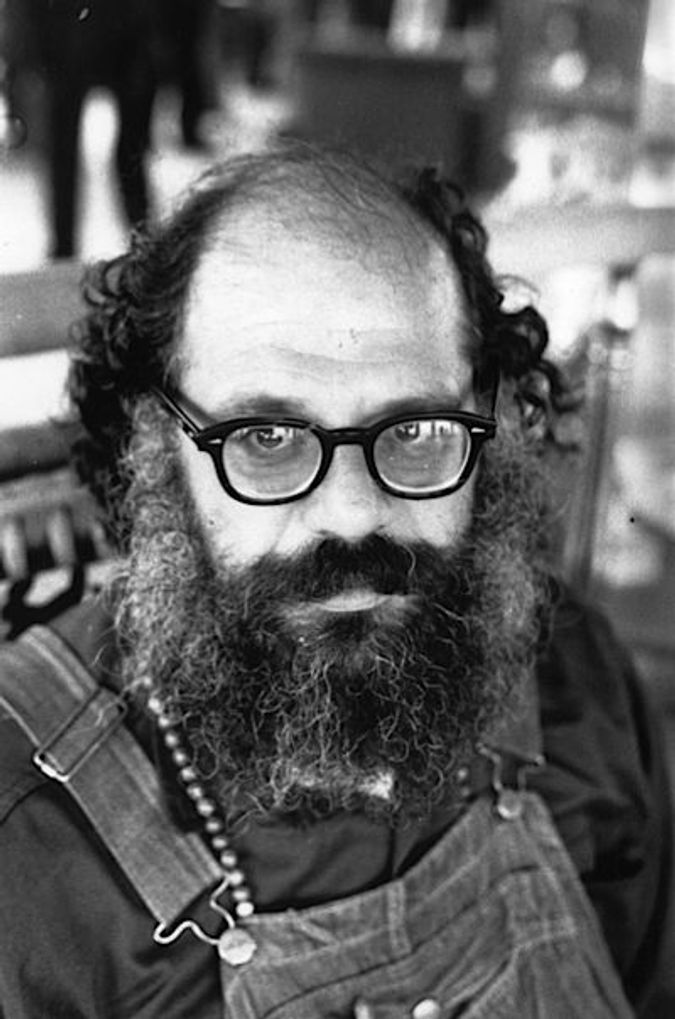 Celebrating one year of editing Psalm 151 for the Forward, I hope readers will forgive me if I add a poem of my own to the mix. “Allen Ginsberg Forgives Ezra Pound on Behalf of the Jews” is a verse essay, a form that allows the exploration of ideas and associations as well as the use of documentary material. The stepping off point for the poem is a 1992 interview I did with Allen Ginsberg while writing “The Jew in the Lotus,” when Ginsberg made very clear his deep Jewish roots, but also his strong criticism of conventional Jewish American views. (For instance, Ginsberg affirmed that he agreed that “Zionism is racism.”)

I’ve always considered Ginsberg one of my poetic fathers, but at the same time, one incident in particular bothered me greatly: that he went to Venice and accepted Ezra Pound’s apology for his anti-Semitism. I always thought that took chutzpah. Especially because the Pound people later waved it like a flag to show that their master really didn’t hate Jews. The truth is that he did, and so did many of his followers and associates.

I found a description of the Pound-Ginsberg interchange in Humphrey Carpenter’s biography of Pound, “A Serious Character.” I used to believe some were attracted to Pound’s work in spite of his anti-Semitism; I came to understand that some were attracted because of it. Pound’s apologists tend to overlook his errors. Instead of reading honestly, they simply skip over the unpleasant parts. Pound himself was more honest at the end of his life, frequently criticizing his work as a failed project. But considering that he broadcast for Mussolini during the war, “suburban anti-Semitism” is a gross understatement of his views. And I think Ginsberg should not have let him off the hook.

On the other hand, I was fascinated by the gesture of forgiveness, which was in many ways inspired by Ginsberg’s Buddhist practice. The idea of forgiveness, of learning to forgive, is so important spiritually and in many ways it has been absent from our contemporary Jewish discourse. In that sense, the real subject matter of this poem is neither Ginsberg nor Pound, but my own wrestling with how in some way to forgive both of them. We can’t choose our poetic fathers any more than our biological ones — but we can choose how to come to terms with them.

Allen Ginsberg Forgives Ezra Pound on Behalf of the Jews

This is something I was too shy to ask you in that interview:
Was it arrogance, your public relations brilliance,
some deep desire to heal the split in American poesy…
a rascally fuck you to all the rabbis you never loved,
the synagogue hens, the shalt nots you burst one by one —
or was it that his Cantos gave you permission

to empty your battered mind into the walls of verse
that you felt a kinship and personal debt?

You called his work a graph of the American mind
so that whatever was in that mind — Dolmetch’s lute,
a fine eye gathering fire, Duccio, Rothschild and Jewsevelt,
all poured into a cracked vase bleeding syrup and lye.
Obscurities like dust blowing across the page,
raw jokes, fits of sweetness, Chinese characters, the Doge of Venice,
dull history: Adams and Jefferson, ledgers and correspondence,
Yeats in his tower, “a peacock in the proide of his oye”—
Irish black Yiddish vaudeville routines,
exact details with small significance:
Vasco da Gama wore striped pants—
and then, rising out of the mutter and ripple of mind:

an upturned nipple, bronze in the light
— the light Pound saw and made us see —
so that you Allen Ginsberg, the biggest Jew in po bizness
would hunt him down in Venice to plant a kiss on his cheek.

He was by then a broken man besieged.
“We get hippies,” his Olga said.
One pitched a tent in the garden, she ran him off with a hose.
Journalists rang the bell, “announcing they will tell both sides.
What do they think we are? Ezra Pound is no pancake.”

You came in the summer of ‘67,
chanting Hare Krishna outside his window
back from India, Morocco, Japan,
another stop on your wisdom journey:
Martin Buber, Jerusalem’s sage,
and your first Tibetan teacher, Dudjom Rinpoche.
Eyeing your hippie entourage, Olga asked,
“Would you like to wash your hands?”
But you said, “Do you people need any money?”
Olga thought you “a big lovable dog
who gives you a great slovenly kiss
and gets lots of hair all over you.”

Dog Jew, hairy Jew — Allen, who sent you?
Did you stop first in Rome for Primo Levi’s blessing
whose hands trembled in Birkenau?
Did you sing Hare Krishna outside Paul Celan’s window
before he jumped in the Seine
or say Kaddish for his mother, murdered by men
who also had theories about economics and race?
Was there a depth of kindness in your public relations?
Were you able to hold not only forgiveness
but the knowledge of all that needed forgiving?

You met again that fall, at the Cici restaurant in Venice.
You in dark glasses, rich Adamic beard,
Pound’s thin, aged face, wisps of white hair.
Across the table you asked to say
“more than a few words.”

You did most of the talking, Pound in his silence and regret.
Then pausing in the yakety yak of your eternal sentences,
you asked, “Am I making sense?”
To which Pound said, Yes, and then mumbled
“but my poems don’t make sense.”

“Any good I’ve done has been spoiled by bad intentions.”

And then very slowly, with emphasis.
“But the worst mistake I made was
that stupid suburban prejudice
of anti-Semitism.”

So Pound half-confessed to a bearded Jew,
for a Jew he saw in you, not a Buddhist
with the Jewish fire and sweetness and the eagerness to explain.

You told Pound, “I come to you as a Buddhist Jew.”
Fair enough. He shouldn’t think himself
forgiven by the other kind.

Or was it Martin Buber who sent you
when he told you to forget
the voices of angels and demons.
“Our business is with the human.”

Pound learned that in the iron cage,
you in the asylum.
Celan knew it, but couldn’t live with it.
Primo Levi knew it, but let go of the rope.

Whoever sent you, Jew or Tibetan,
when Ezra confessed you forgave.
“Do you accept my blessing?” you said.
Pound, “I do.”

But a year later, outside a McDonald’s,
(strange American life)
Pound shuffled off into the woods.
Laughlin found him muttering,
“Why don’t you just discard me here?”

Now in the suburbs of Elysium,
Ezra Pound, wander as you will
past Big Mac wrappers and a few extra fries.
Go into the dark woods where Dante roamed
and hear once again the clear, sweet voices
that drove you to make a beautiful thing.

Or crack your pot against the stone of time.

And you Allen Ginsberg, in the land of 10,000 Buddhas,
or in the simple heaven of your mothers and fathers,
or raw bone under the earth,
tell me, which is it now —

“If you see something beautiful, don’t cling to it”?
Or is our business with the human after all?

‘Allen Ginsberg Forgives Ezra Pound on Behalf of the Jews’