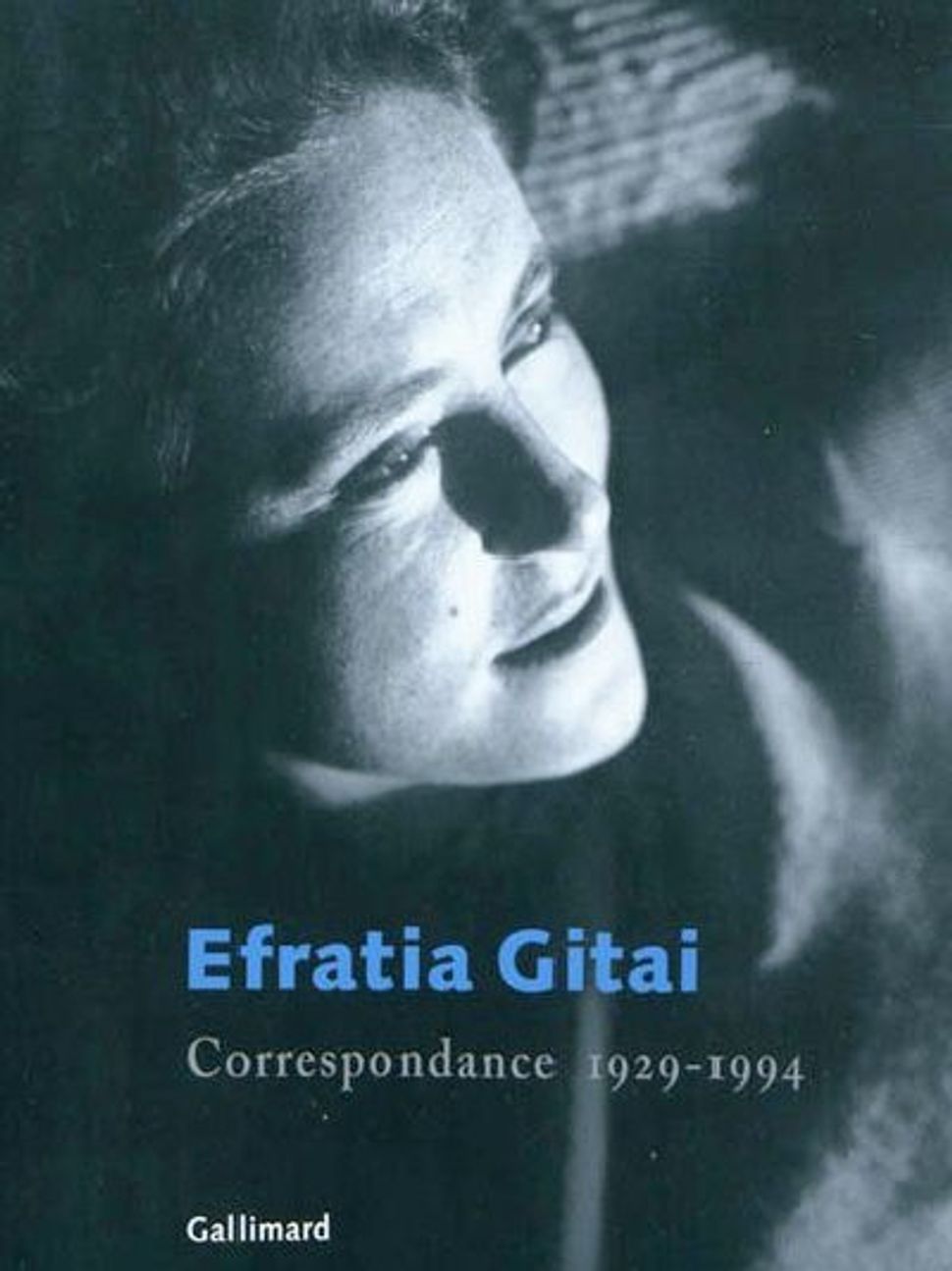 If life is just a stage and a play, it’s good to perform as well as possible, alongside talented actors!

Efratia’s parents were married by Rav Kook in Jaffa. When Efratia, born in 1909, studied at Tel Aviv’s Herzliya Hebrew Gymnasium, diplomas were personally handed out by poet Hayim Nahman Bialik, and the school doctor was poet Shaul Tchernichovsky. In 1932, Efratia wrote a letter to politician Haim Arlozoroff offering him “thousands and thousands of kisses, if you so desire.” Three years later she married the architect Weinraub and settled in Haifa, which did not prevent some extra-marital peccadilloes (she sends one 1940s suitor poems by Bialik, Natan Alterman, and Yaakov Fishman).

This new Gallimard volume is a labor of love, not a professional editing project, as we realize when we find on page 129 the information that in 1940, “Théodore Roosevelt” was reelected President. Still, it transmits the dangers settlers faced (one child is born in 1940 on a kibbutz, to avoid Italian bombing raids on Haifa, while the war’s end in 1945 hardly gives time for celebration, given the looming war with Arab neighbors and carnage in Europe). A free spirit, Efratia dashes off to London in 1960, leaving ten-year-old Amos back on a kibbutz. Her letters are scant consolation for the boy:

[British] women are badly dressed, utterly tasteless, but they have lots of energy.

Yet Amos grew up to be the creative spirit the world knows, with some of his mother’s freewheeling sense of adventure. In 1967, soon after the Six Day War, Amos writes to her from London, reporting that hitchhiking in the UK is “very easy” if you display an Israeli flag; how times have changed.