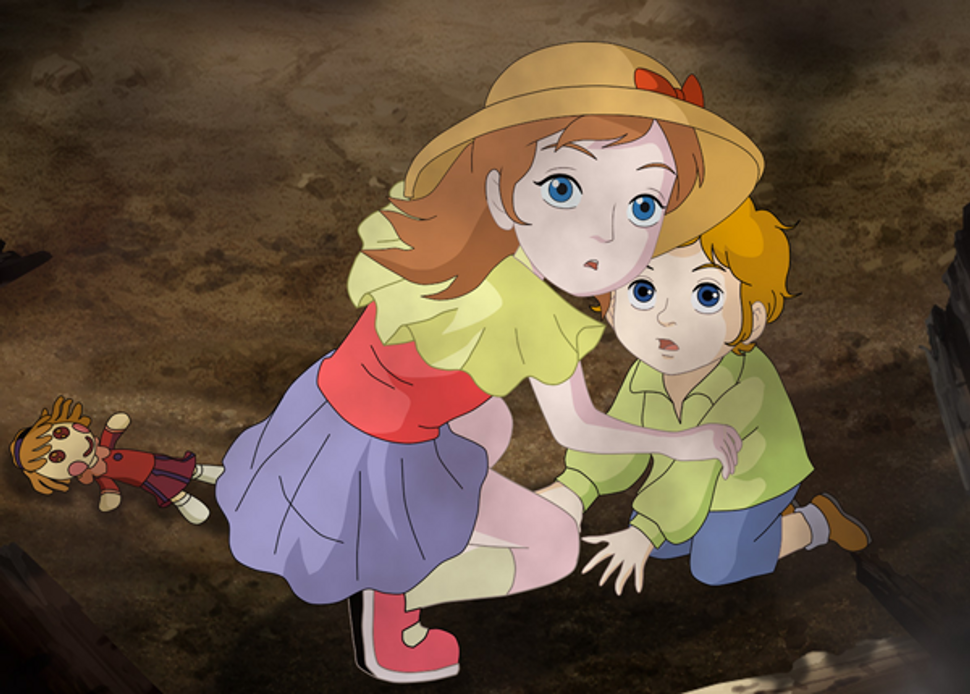 With stadium seating and the scent of fresh popcorn in the air, the November 21 screening of “A Jewish Girl in Shanghai” could have taken place in any shopping mall cinema in the world. But there was nothing ordinary about the film itself, which is China’s first homegrown Jewish movie, and an animated one at that. 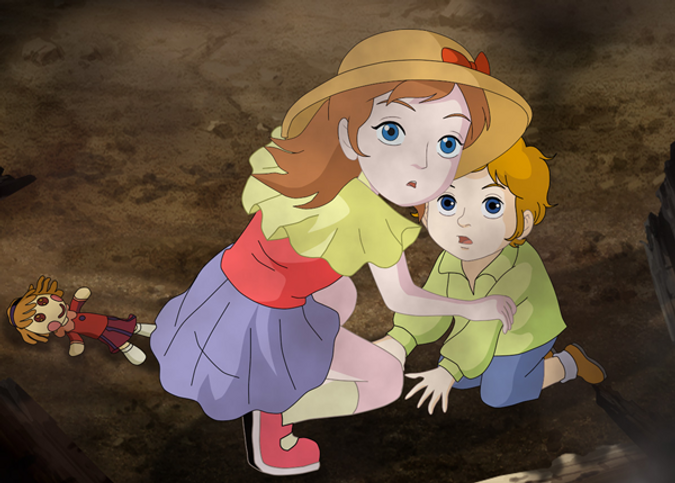 “Other Jewish film festivals are avoiding this like the plague,” said Howard Elias, the founder of the Hong Kong Jewish Film Festival, which screened the movie as part of its 11th edition. “I’m showing it for the novelty. It’s not anti-Semitic — in fact, it’s pro-Semitic, in its own perverse way.”

Directed by Wang Genfa and Zhang Zhenhui, and based on a graphic novel by Wu Lin, “A Jewish Girl in Shanghai” is set during World War II. It tells the story of two children, Rena and Mishailli, who flee Europe after their father goes missing and their mother is abducted by Nazis. They find their way to Shanghai, which at the time was one of the few places in the world that would accept Jewish refugees, despite being occupied by the Nazi-allied Japanese.

Part of what makes “A Jewish Girl in Shanghai” an odd film is the way it blends a little-known chapter of Holocaust history with the chipper naïveté of a Disney film. One of the characters is a talking monkey; there’s also a clever puppy and a mischievous parrot. One night, Rena is walking home when she encounters Ah Gen, a young Shanghainese street vendor who offers her a couple of free pancakes. They become friends after escaping from a gang of Japanese thugs, and eventually, the cross-cultural bonding extends to the broader Chinese and Jewish communities.

The film is in Mandarin and its English subtitles are, at times, unintentionally hilarious. “How about that badass, Jia Sangui?” Rena asks Ah Gen, referring to the film’s villain, a slovenly Japanese collaborator. “He’s not so arrogant anymore since I broke his hand!” Ah Gen replies with a sweet voice and even sweeter grin.

Whatever its quirks, though, it’s hard to deny the movie’s value to Chinese viewers, most of whom have had no exposure to the Holocaust or even China’s own Jewish history. Kristallnacht is depicted, as is the aerial bombing of Europe. And while Rena and Mishailli’s father survives, and eventually reunites with the children, we learn that their mother was murdered, her hair woven into a tapestry that a German colonel presents as a gift to the Japanese commander of Shanghai. That kind of coincidence might require a heroic suspension of disbelief, but it’s about as good as a children’s movie will get in representing Nazi evil.

“As a writer, it is my responsibility to reveal this historical event to the public,” Wu Lin told me by e-mail. He has lived in Shanghai for 30 years, and once in Hongkou, the old Jewish ghetto, but he didn’t fully learn about the story of the Holocaust refugees until was living in Los Angeles, where he met a man named Jerry Moses, who had passed through Shanghai as a child. Wu describes him as the “prototype” for Mishailli.

“The Jewish people have passed on many good qualities to Shanghai locals,” Wu wrote. “It was a mutual communication and learning process. One thing I learnt was that nations should learn from each other in order to become strong.”

In a way, “A Jewish Girl in Shanghai” is a fitting choice for Hong Kong’s Jewish film fest, which is an unusual festival in an unlikely place. Though Hong Kong’s Jewish community is as old as the city itself (its first Jewish family, the Sassoons, controlled as much as 70 percent of China’s opium trade in the late nineteenth century), it remains small, with around 5,000 members. Yet the festival has not only survived but has grown every year, with an audience that is now more than one-third Chinese.

That’s surely a sign of things to come. China’s interest in Judaism is blossoming. Ten Chinese universities now offer Judaic Studies programs and there is new interest in the Jewish communities that thrived in Shanghai and Harbin before World War II. Some of the Kaifeng Jews, descendants of Jewish traders who settled in China more than 800 years ago, have actually made aliyah to Israel.

That fascination has been matched by Jewish interest in China, where, as Nick Frisch wrote in the Forward almost three years ago, it’s not unusual to come across the same wide-eyed earnestness that inspired “A Jewish Girl in Shanghai.”

“When they learn that you’re Jewish, people in China always say the same thing — ‘Oh, Marx was Jewish! Einstein was Jewish!’” said Erica Lyons, the editor of Asian Jewish Life, a quarterly magazine based in Hong Kong. “But a lot of the stereotypes that have been used against Jews in the West don’t have the same negative meaning here. There isn’t the same baggage. It’s a clean slate.”

Watch a clip from ‘A Jewish Girl in Shanghai’: