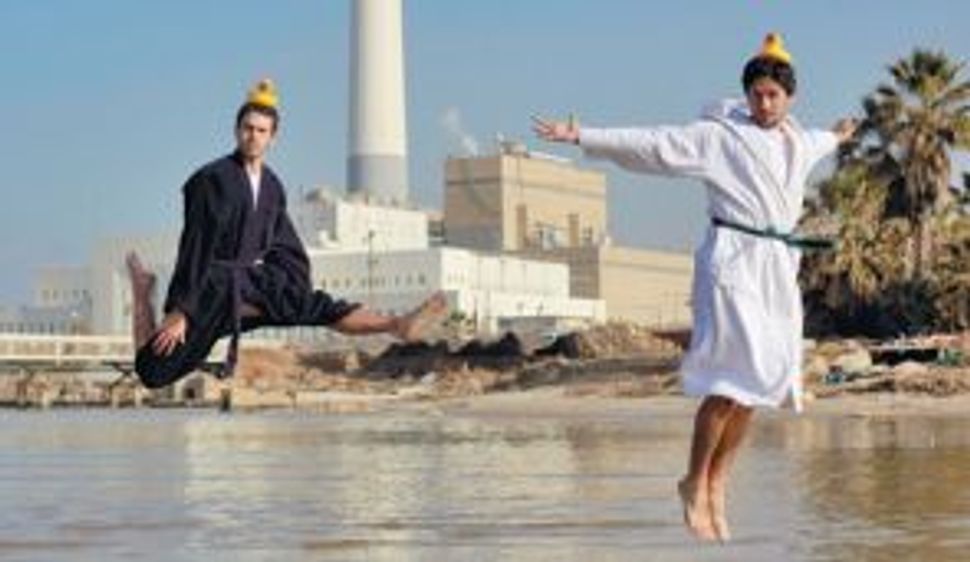 Tal Rosenthal sits lazily in front of a TV, indifferent to the scolding of the actress playing his mother and completely ignoring the woman portraying his grandmother. But the contents of the skit — for a new show produced by Rosenthal and his writing partner Noam Sharon — are actually far less interesting than the story behind it all. The “mother” Rosenthal is slighting, it turns out, is Sharon’s dental hygienist; his “grandmother” is his real mother; and the set is his home. 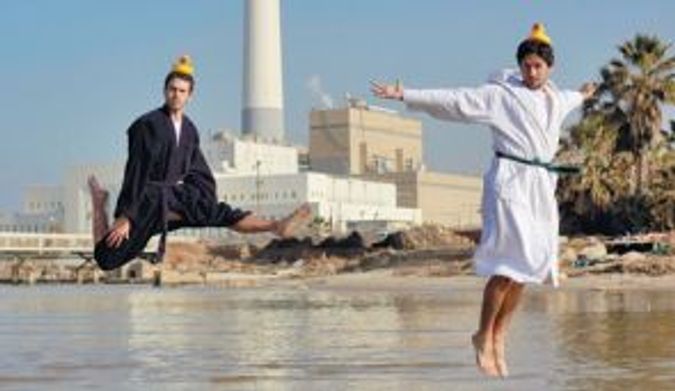 And this setup isn’t so rare for Rosenthal and Sharon. Their series “Meter Shivim” (one meter, 70 centimeters ) — which premiers tomorrow on Bip’s Channel 2 — is one big improvisational show, a sort of developed amateur hour. They managed to enlist friends, family members, people they’ve happened to meet and even celebrities who agreed to participate in the show before even one frame was aired. The two partners taught themselves how to use home editing software and honed their talents on other programs, in order to produce certain effects and improve those shots filmed without lighting and under minimal conditions. And they conducted all of these tasks on their personal computers.