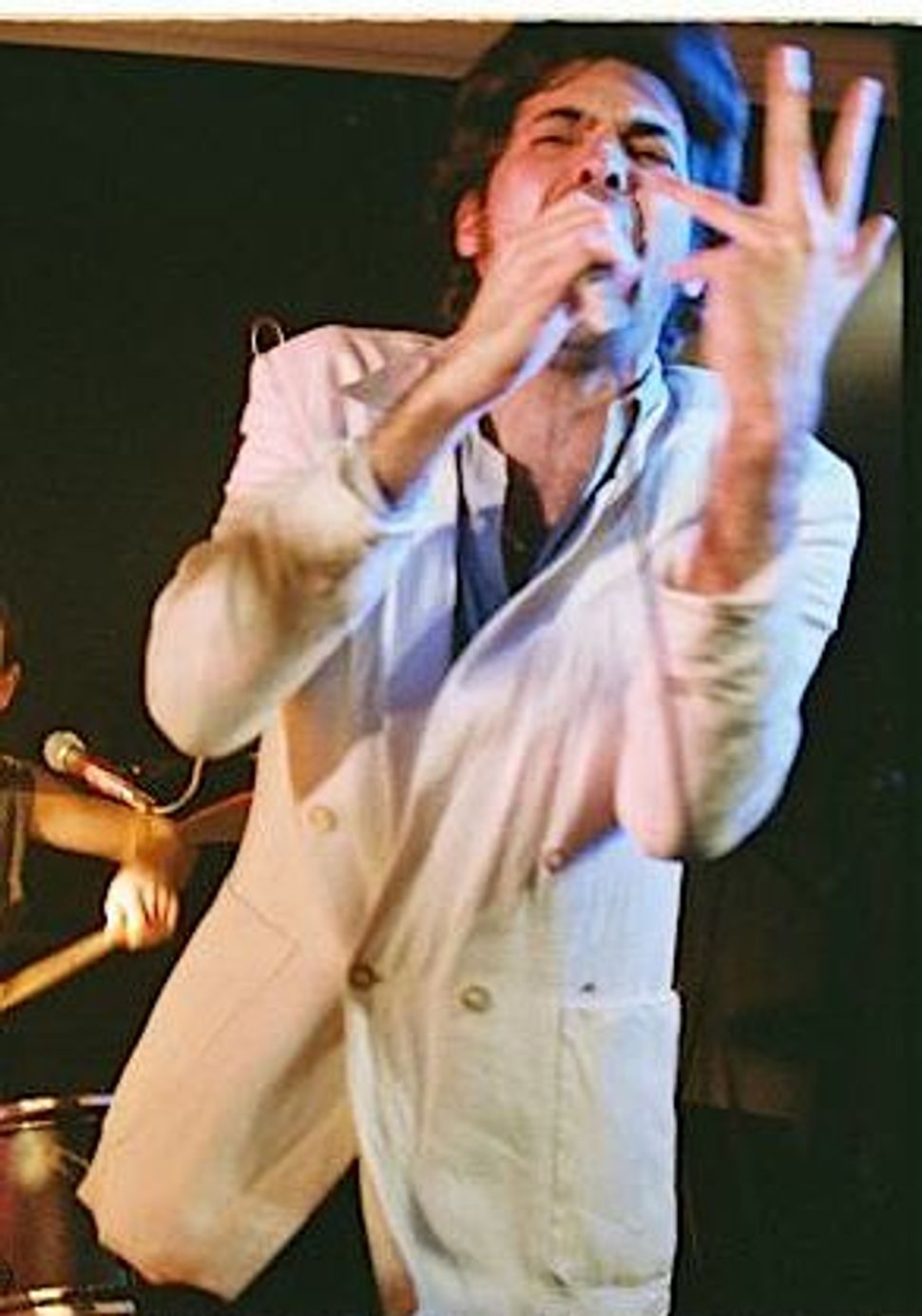 Produced by avant-garde guru John Zorn and released on his Tzadik label, “Exorcism” blends the blues with touches of jazz, punk and klezmer. Despite the superficial shock, these songs are meant as social commentary, not hate speech or blasphemy. The liner notes include a prominent image of a Star of David, quote the prophet Jeremiah, and praise “the High Holy One, Blessed be He, who brought us to life, maintained us alive and led us to this moment! AMEN!” It seems the band has no problem with faith, only with organized religion.

Listen to ‘Bless Me’:

Lead singer Jeremy Fogel alternates personas from lounge singer to slam poet to punk impresario. At various turns his voice recalls Lou Reed, Tom Waits, and Serge Gainsbourg, whose “Yellow Star” the band covers in concert. Fogel sings in English, except for “Pulsa Denorah,” which he does in Hebrew, backed by a woman’s orgasmic moans.

Fogel co-wrote most of the 15 songs with Erez Frank, whose bass lends Exorcism swank and swing. The other prominent player is guitarist Tal Kirshbom, who moves with ease between blues (“Bless Me”), funk (“Son of Gun”), reggae (“Protocols of the Elders of Zion”), and rockabilly (“Jewboy Jesus”). A dozen guest musicians round out the sound with horns, strings, and instruments such as cymbala, chimes that originated in medieval monasteries, and sanshin, a three-stringed Japanese cousin of the banjo.

If “Exorcism” were on a major record label it would certainly earn a Parental Advisory sticker — and would still never play on the radio or be sold at Walmart. Then again, contemporary music has often clashed with religion, from rock and roll’s original stigma as “the devil’s music” to Lady Gaga’s latest sexy nun outfit. While Fogel and company clearly aim to shock the pious and the secular alike, their music also asks listeners to question the role of religious belief in society.

Watch Fogel and the Sheriffs play ‘Yellow Star’ in Berlin: