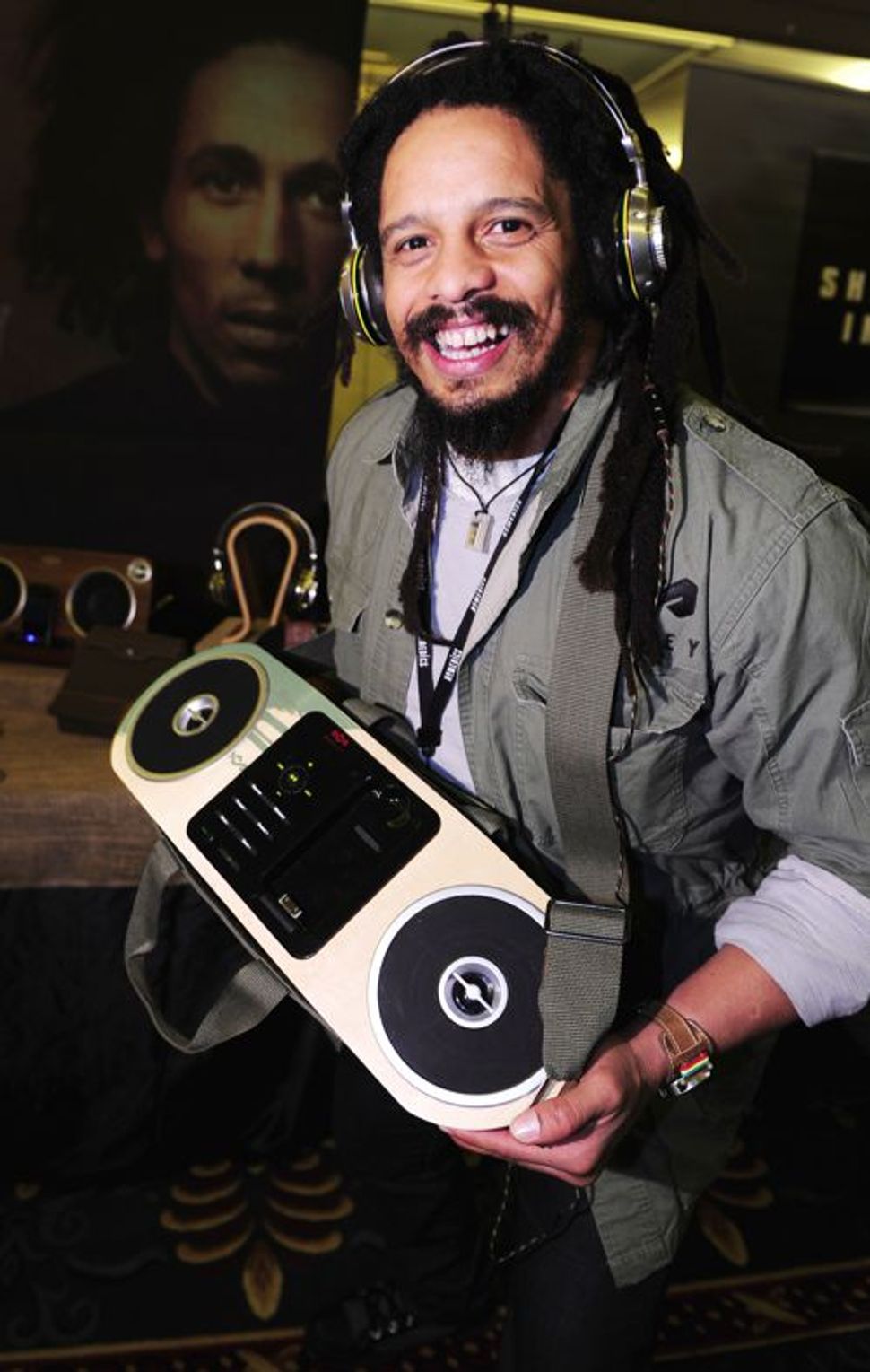 If you don’t see the parallels between dreadlocks and traditional Jewish side curls, it might be because you haven’t spent enough time with one of Bob Marley’s sons.

“There’s a link between rastas and peyot,” says DeScribe, a Hasidic musician who has been collaborating with Rohan Marley, the sixth of Bob’s 11 children. “They grow their rastas for the same reason we grow our peyot: because it’s written in the Torah that you need to allow peyot.”

An Australian-born musician also known as Schneur Hasofer, DeScribe is currently promoting his latest project with Marley, a song touting Marley Coffee, Rohan’s socially and environmentally minded coffee company. With Rohan’s permission, DeScribe created a new song, “Livin’ With the Grind,” using influences from Bob Marley’s “One Cup of Coffee.” It was released on December 22.

The unusual partnership came about after DeScribe introduced himself to Rohan Marley on a New York City street. The collaboration could expand to include a joint tour to promote organic food. Despite their different backgrounds, the pair share a spiritual kinship, DeScribe told YNet, the Web site of Israeli newspaper Yediot Aharonot.

Of course, Rohan Marley isn’t the first member of his family to feel such a connection. In addition to his “Iron Lion Zion”-singing father, Rohan’s older brother, Ziggy, performed a concert in Israel during the 2006 Lebanon war.

Listen to the song here: