Could ‘The King’s Speech’ Oscar Hopes be derailed by Holocaust-Themed Smear Campaign? 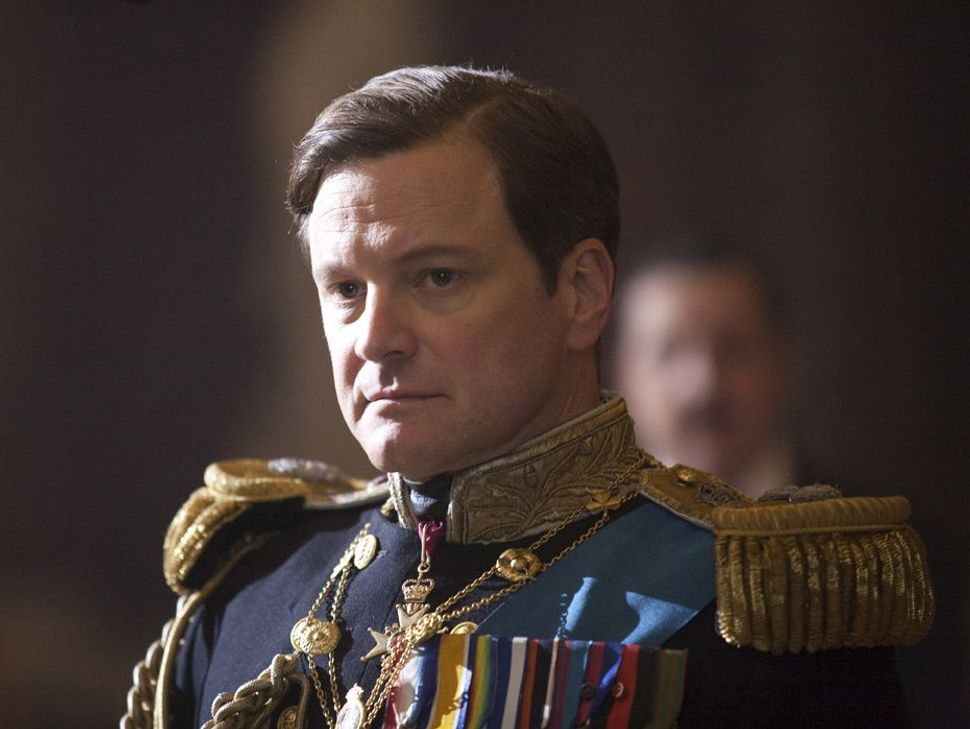 The Holocaust, for better or worse, turns up at the Academy Awards as often as Meryl Streep. The genocide has been so ubiquitous in recent years — in movies ranging from “The Reader” to “Inglourious Basterds” — that next month’s Oscars will be notable partly for the absence of films that address it.

That hasn’t stopped the subject from turning up in pre-Oscar campaigning, however. In an e-mail sent out after Sunday’s Golden Globes, an anonymous writer criticized one of this year’s front-runners, “The King’s Speech,” for “largely “gloss[ing] over the Nazi-sympathising past” of the movie’s protagonist, England’s King George VI.

Focused on the king’s real-life speech impediment and his relationship with his speech therapist, the movie is among the favorites to take home the Best Picture Oscar on February 27. Its star, Colin Firth, picked up a Golden Globe on Sunday for playing the king, and is widely expected to claim an Oscar as well.

But the new e-mail, purportedly sent by a member of the group that votes for the Oscars, says the film leaves aside important information about the king, who in the film must give an important speech on the eve of the second World War. “[W]hen it came to actively working to stymie Jews fleeing Hitler’s Germany, George actually communicated quite eloquently,” the e-mail claims.

Some Oscar watchers have raised an eyebrow at the e-mail, saying it echoes past campaigns undermining the chances of front-runner films. “Is the email that I received part of some sort of coordinated smear campaign that is being orchestrated [to harm] ‘The King’s Speech,’ or is it really from an Academy member who would like others to take note of documented facts about the film’s subject that are not reported in the film?,” wrote entertainment writer Scott Feinberg in a blog post reprinted by England’s Daily Mail. “I can’t say for certain, but I do know that it certainly calls to memory other curiously-timed whispers.”

The e-mail includes a link to a 2002 story from England’s Guardian about George VI, including a 1939 letter in which he was described as being concerned about “Jewish refugees … surreptitiously getting into Palestine,” which was then under British control. The king “was glad to think that steps are being taken to prevent these people leaving their country of origin.” Whether any of this will derail “The King’s Speech” remains an open question, of course. And the film is not the only front-runner accused of distorting history.

“The Social Network,” about the creation of Facebook, has been criticized by some for its negative portrayal of Mark Zuckerberg, the social-networking site’s billionaire founder.

Could ‘The King’s Speech’ Oscar Hopes be derailed by Holocaust-Themed Smear Campaign?