Despite Translation Glitches, ‘Return to Haifa’ Conveys Its Message 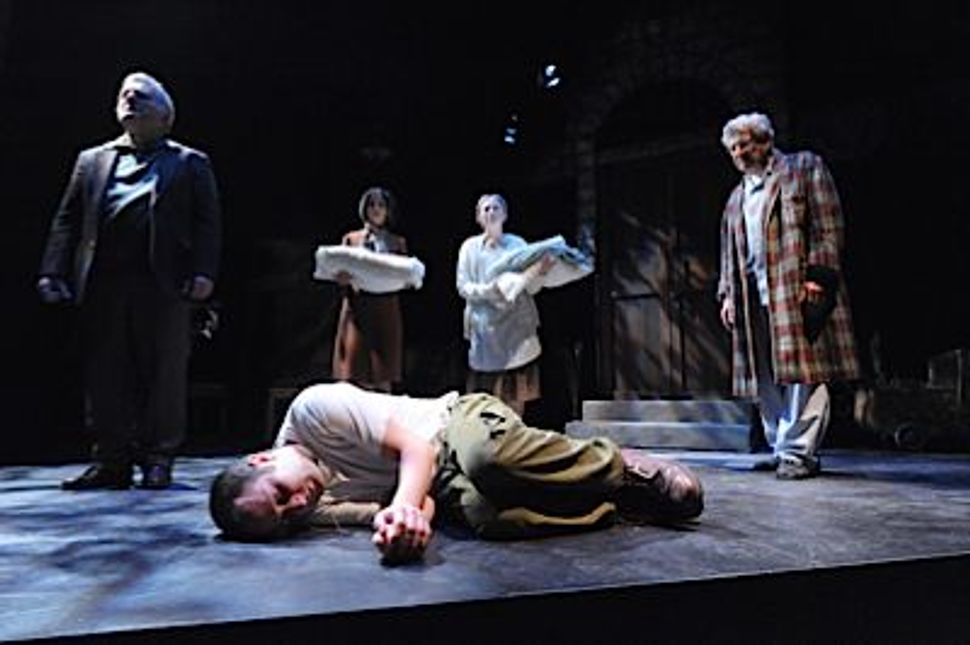 It is sadly fitting that in a play about language’s inability to explain political and religious differences, set design and subtitles conspired to thwart the actors. 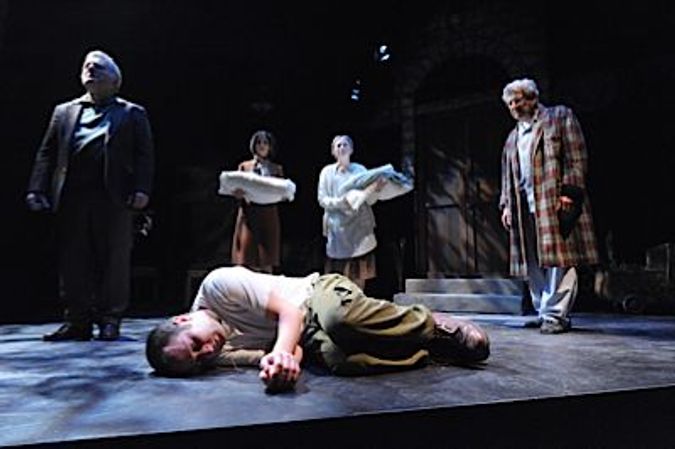 But such was the case at the opening of the Tel Aviv-based Cameri Theatre’s production at Theater J in Washington, D.C. of Return to Haifa, which runs until January 30 as part of the theater’s Voices From a Changing Middle East festival. The play explores a tug-of-war between Palestinian parents Sa’id (Suheil Haddad) and Saffiyeh (Raida Adon), and Miriam (Rozina Kambos), the Jewish woman who adopted their abandoned son Dov/Khaldun (Nisim Zohar).

When Artzi (Misha Teplitzki), a Jewish agency clerk, loudly struggled to pull open a door (which, in the spirit of Gary Larson’s famous The Far Side cartoon, called for pushing), he had to double back and exit the stage through another route.

Noting the unrehearsed racket, Sa’id improvised, “And you also are destroying our homes!” But the overwhelming majority of the audience laughed at the exit, rather than the clever improvisation, since the script was all in Arabic and Hebrew, and improvisations weren’t in the projected translations.

That worked in Haddad’s favor too when he jumped his cue and asked a question a few lines too early. The other actors ignored him, and the audience, which laughed at the jokes in the mostly sober play when they appeared in English, rather than when the actors delivered them in Hebrew, was none the wiser.

Exiting the theater after the play, one could overhear several people saying it was hard to concentrate on the actors while keeping up with the quickly scrolling translation, which was projected on a screen high up and quite far from the action. One man, a row behind me, whispered each line to his neighbor, who presumably could not read the text.

While it’s easy to criticize Theater J for going along with the production of a Hebrew play — which was linguistically authentic but difficult for non-Hebrew speakers to comprehend — one could argue that more authenticity and less pragmatism is just what is required in the Arab-Israeli conflict.

As director Boaz Gaon wrote in the Playbill, he and director Sinai Peter adapted the play from the novella by Ghassan Kanafani (d. 1972), a former spokesman for the PLO, to better speak to the theater’s Jewish audience. In particular, the duo focused on the “almost unbearable tension” between “the Palestinian parents who gave birth to Khaldun, and the Jewish parents who adopted him and named him Dov.”

Gaon and Peter also made other changes — instead of Miriam’s brother dying in the Holocaust it is her son, and they chose not to end the play, as Kanafani ended his story, with Sa’id calling for violence against Israel.

Because their play opened “four decades of war” after Kanafani penned his story, Gaon and Peter said they figured the script called for “a cry of pain and accusation; a call to put an end to cruelty and injustice; almost a plea.”

Some other aspects of the play may have been lost in translation, but not that most poignant of messages.

Despite Translation Glitches, ‘Return to Haifa’ Conveys Its Message