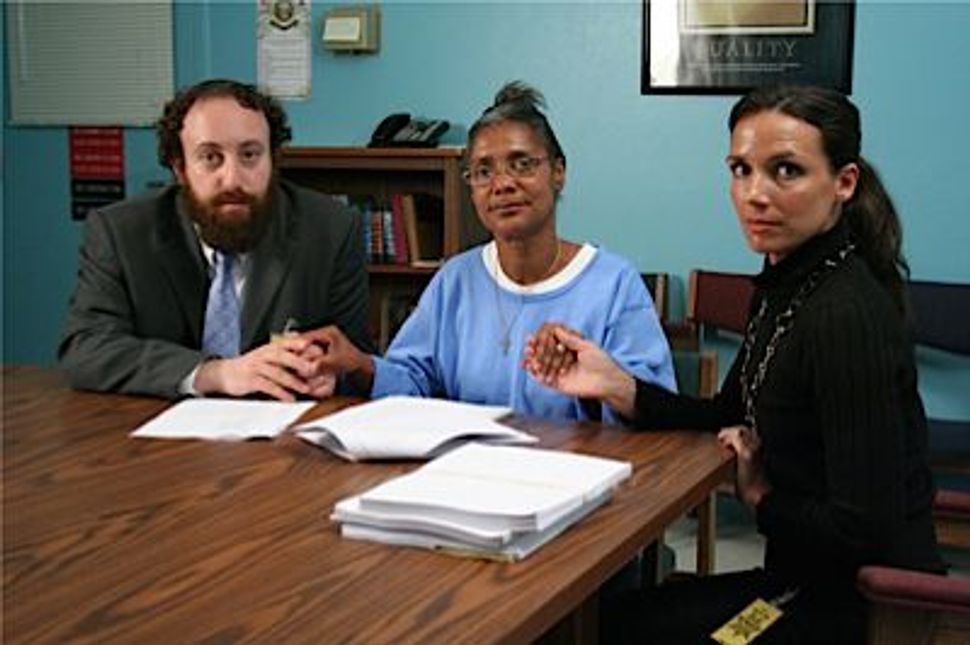 Thus the jumping-off point for “Crime After Crime,” the surprisingly intimate documentary from director Yoav Potash, screening January 23 to 29 at the Sundance Film Festival and on January 27 at the New York Jewish Film Festival. The film follows the case of Deborah Peagler, an inmate serving a life sentence for conspiracy to murder her boyfriend in 1983.

We first meet “Debie” in 2002, just after the California law is passed and two real estate attorneys, Nadia Costa and Joshua Safran, take up her case pro bono. Her release seems all but inevitable. The man she stands convicted of murdering, Oliver Wilson, forced Debie into prostitution at age 15, raped her, whipped her, and molested her daughter. The original evidence that the prosecution has against her is incredibly shaky, and she has been an exceptional inmate during her 20-year imprisonment, earning two degrees, working as a drug and alcohol counselor, and directing the prison’s gospel choir.

At its start, “Crime After Crime” seems like it is going to be a meditation on several large themes: the difficulty of a cut-and-dry justice system fairly serving a group of people who suffered in silence with no hope of legal recourse for so long (issues of domestic violence and battered women weren’t commonly addressed until the late 1980s), and the unwieldy mess that is the U.S. legal system. There are religious considerations as well: The impossibly buoyant Debie is a devout Christian and Joshua, one of her attorneys, is an Orthodox Jew, citing the commandment to free wrongfully-incarcerated prisoners as religious validation for his work on her behalf.

But as the case, which Nadia and Joshua took on thinking it would be resolved in a matter of months, drags on for several years, the film sharpens its focus on the characters themselves. Though Debie’s case has vast implications from a legal standpoint, this is the heartbreaking story of Debie the person, more than it is the story of Deborah Peagler, symbol of the battered women’s movement. To a lesser extent, it’s also the story of her attorneys, both of whom had encounters with domestic abuse as children.

The film isn’t without its frustrations, however. It occasionally gets bogged down in case minutiae and it fails to answer certain questions, chiefly why the California District Attorney’s office is hell-bent on keeping Debie locked up, even after she is diagnosed with terminal lung cancer and gains national attention. But “Crime After Crime’s” searing, often tear-filled moments reveal more than any carefully measured rumination on violence against women or the U.S. prison system ever could. After watching the emotional final 20 minutes, it will be hard to remember any issues you may have had with the first 70.

Watch the trailer for ‘Crime After Crime’: