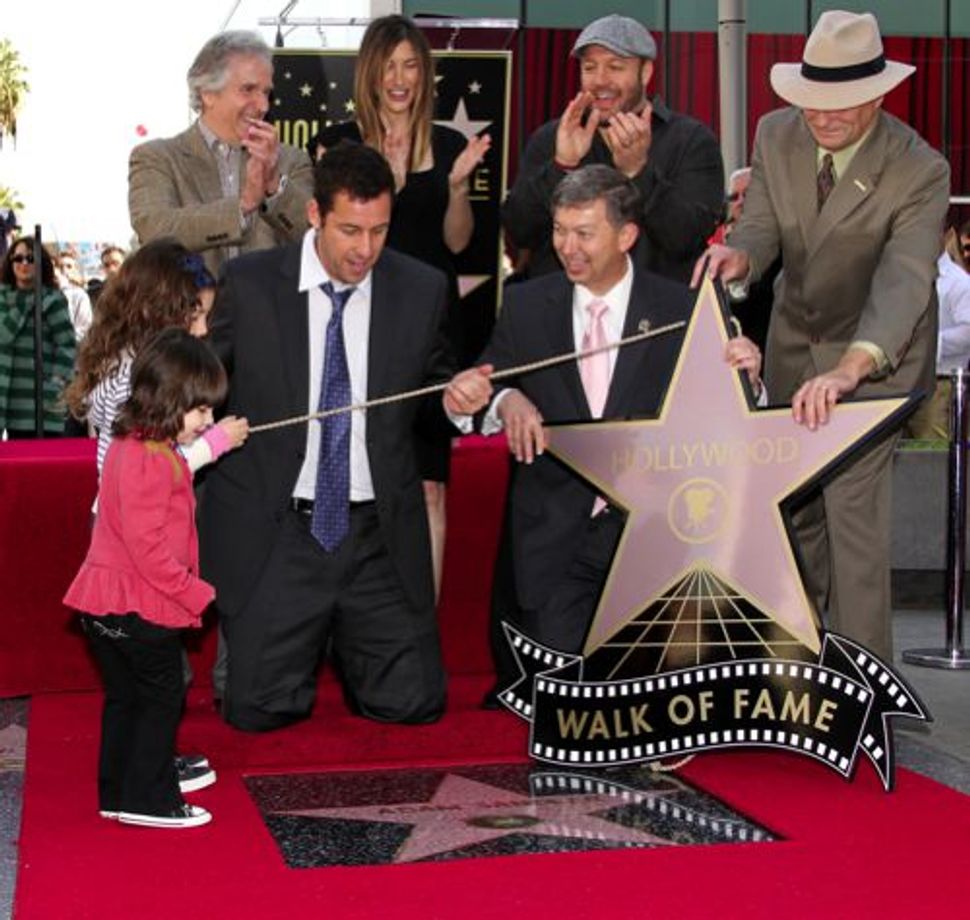 Well it’s about time. Movie-star Adam Sandler was awarded the 2,431st star on the Hollywood walk of fame yesterday. Actors Henry Winkler and Kevin James roasted the funnyman, who was accompanied by his wife Jackie, and daughters Sadie and Sunny.

Sandler is best known for films such as “Happy Gilmore,” “Big Daddy” and “Mr. Deeds.” The actor, comedian and producer, who was born to Jewish parents in Brooklyn, thanked his family for giving him the support he needed to succeed.