A Good Kind of Drama in West Bank 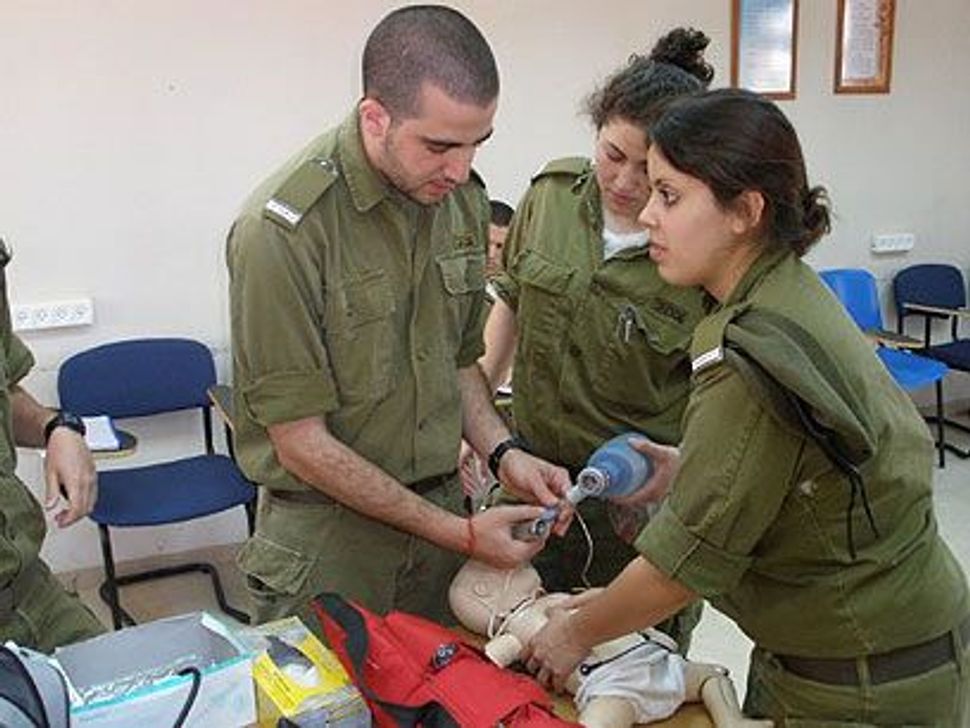 Nesher (left) during a CPR training drill. Image by Courtesy of IDF

There was drama in the West Bank involving soldiers and Palestinians this morning, my military sources tell me. But for once it was of a happy kind.

Just before 2 a.m. an expectant mother started early stage labor. There were no Palestinian ambulances in the area, so a call went out to the Israeli military for assistance.

The IDF sent an ambulance, which, after traversing a long dirt track to the woman’s home in the Jordan Valley, reached her. The driver and paramedic, Gilad Nesher, 20, carried her on a stretcher to the ambulance.

The plan was to drive her to a waiting air ambulance that would take her on to a hospital, but she couldn’t wait, so Nesher delivered the baby, a boy, in the ambulance. The drama didn’t stop there. The new arrival wasn’t breathing properly, so Nesher administered CPR, and got him breathing and crying. All of this while he couldn’t speak to his patient – he knows no Arabic, she knows no Hebrew. The air ambulance then took mother and baby to Hadassah Medical Center in Jerusalem, where both are doing well.

Although Nesher had never delivered a baby before, he’s modest about his accomplishment. “I reacted to the situation as any human being would,” he said.

A Good Kind of Drama in West Bank