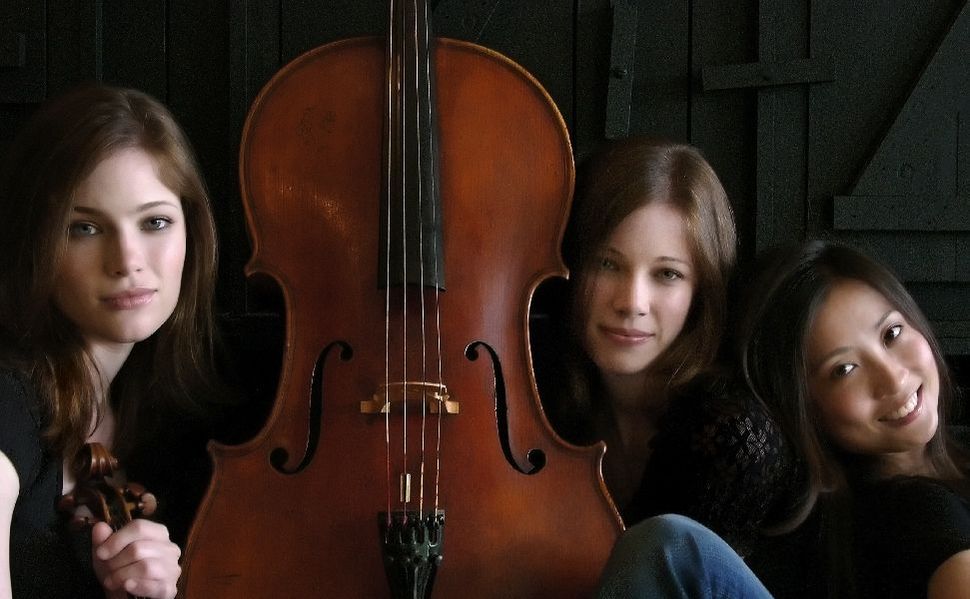 The Claremont Trio: Who wouldn?t want to listen to them? 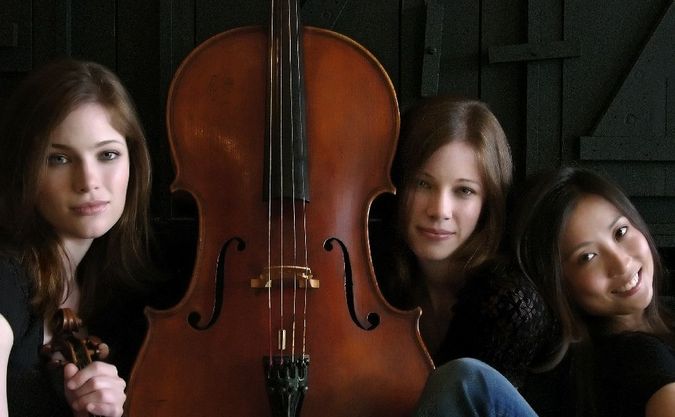 The Claremont Trio: Who wouldn?t want to listen to them?

If he decides to take up American hospitality he might be especially interested in the gifted young ensemble, the Claremont Trio which has a new CD, “American Trios.” It includes works by American Jewish composers Leon Kirchner and Paul Schoenfield, the latter is an ex-kibbutznik who maintains a part-time residence in Migdal HaEmek with probably a soft spot for the Arab leader who presided over 30 years of peace with Israel. Schoenfield’s 1986 “Café Music,” especially as played by the Claremonts, is a rhythmic delight.

The Russian Jewish composer Alfred Schnittke’s warmly attractive cello sonata played by virtuoso soloist Misha Quint has been released on Quint’s own label in a vigorous concert performance with pianist Wonsun Bae. George Rochberg’s grandly inspirational 1979 “Sonata for viola and piano” is performed with gritty commitment by Peter Minkler, accompanied by pianist Lura Johnson on Centaur Records. Just the thing for a retired head of state.

New World Records offers yet another discovery with “Midnight Frolic: the Broadway Theater Music of Louis A. Hirsch,” containing charming Broadway songs by a composer admired by Gershwin, but later forgotten even, sadly, in Cairo society. Felix Mendelssohn, by contrast, is a much-loved familiar name, and an Israel Philharmonic performance of that composer’s violin concerto recorded in Israel in July 1967, soon after the Six Day War (known in the Arab world as an-Naksah — The Setback), has been newly released on CD by Sony Classical, featuring the derring-do of violinist Isaac Stern in a vital performance, despite the over-portentous conducting of Leonard Bernstein.

Lighter and brighter Mendelssohn may be found on new CDs of 1950s recordings reprinted on the Pristine Audio label, two string quartets by the stellar New Music Quartet, and Fritz Reiner magisterially conducting incidental music from Mendelssohn’s Midsummer Night’s Dream. If DVDs are more President Mubarak’s thing, a new performance from Decca Classics of Fromental Halévy’s “Clari” is not to be missed. The son of a cantor, Halévy, born in Paris in 1799, is best remembered for his tragic opera “La Juive,” in which the role of the Jewish father Eléazar attracted tenors from Enrico Caruso to Richard Tucker. “Clari” is a more spiffy experience, despite moments of plushly operatic tsouris, and will please fans of unabashed coloratura vocal display. With such a musical feast, the rest of the year, leading up to the genuine New Year in September, augurs well.

Watch Cecilia Bartoli in a brief excerpt from Halévy’s “Clari,” in a production by Moshe Leiser and Patrice Caurier.