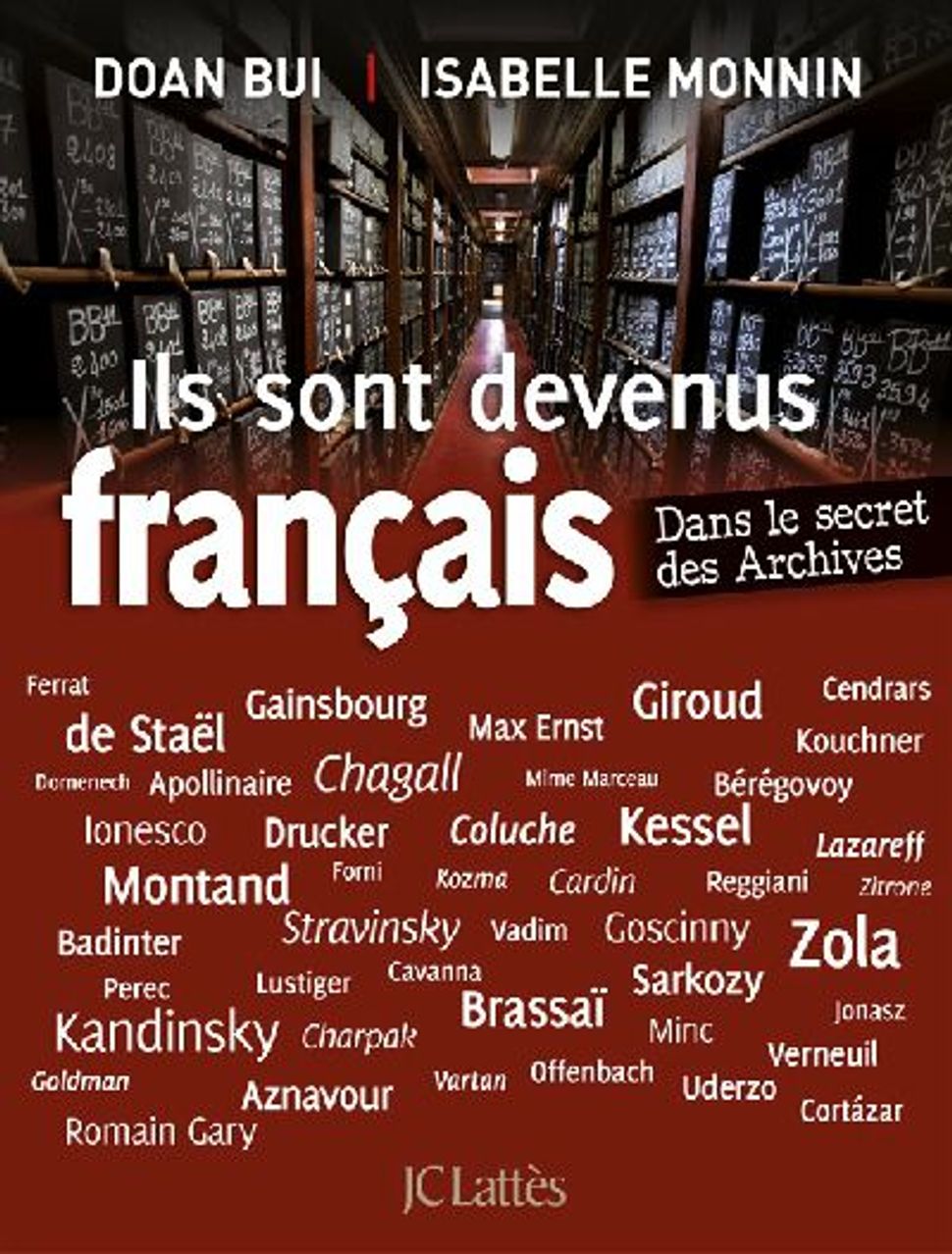 Hunting around France’s National Archives for naturalization papers of famous people might seem an odd way to compile a fascinating book, but Doan Bui and Isabelle Monin, two journalists from the weekly Nouvel Observateur, managed to do just that with “They Became French” (Ils sont devenus français), out from Les éditions J.-C. Lattès in November.

The immigrants, many of them Jews, would be such cultural and intellectual notables (or the parents of notables) as singer/songwriter Serge Gainsbourg, statesman Robert Badinter, painter Marc Chagall, Nobel-prizewinning scientist Georges Charpak, and author Joseph Kessel.

Of the Jewish luminaries described in “They Became French,” the easiest naturalization process was accorded to Jacques (born Jacob, of German Jewish ancestry) Offenbach in 1860. Already celebrated as the composer of 1858’s “Orpheus in the Underworld,” Offenbach was worshiped by a prefect of police, who wrote an official letter of praise for his dossier.

More typical of the often-brutal French civil service was the file on Chagall, described as a “Russian Jew whose naturalization is without any national interest.” By the late 1920s, Chagall was already over forty, and his paintings appeared, to the official eye, too inspired by Russian shtetls to have anything to interest France!

Also, although Chagall would be a happily uxorious spouse and father, he could appear somewhat feminine in person, and so one steely-eyed civil servant judged him “lacking demographic interest” after a 1934 interview. In other words, he was seen as unlikely to procreate and thereby help the depopulation of France after First World War. André Dezarrois, director of the prestigious École des beaux-arts wrote in a confidential memo that:

Moïse” (or Moses) Chagall although one of the “best Jewish painters” only produces “miniature, anecdotal, and illustration-like art… [Chagall] was not a Russian painter and will never be a French painter.

When more influential voices carried the day, notably the culturally astute Jewish statesman Jean Zay, Chagall finally did receive French citizenship in 1937, but still as “Moïse,” rather than Marc.

Other family immigration stories told in this compelling volume concern the composer Joseph Kosma (born József Kozma in Budapest) who wrote the quintessentially Parisian song “Les feuilles mortes” (Autumn Leaves). Or Anna Werzberg Mangel, the mother of the world-famous mime Marcel Marceau, whose Polish Jewish father was murdered at Auschwitz. Or Manacha Tenebaum, father of the much-loved French singer Jean Ferrat, who would share the same fate. All together, “They Became French” is a compelling, unexpectedly dramatic compendium.

Watch a French TV report on the book “They Became French.”