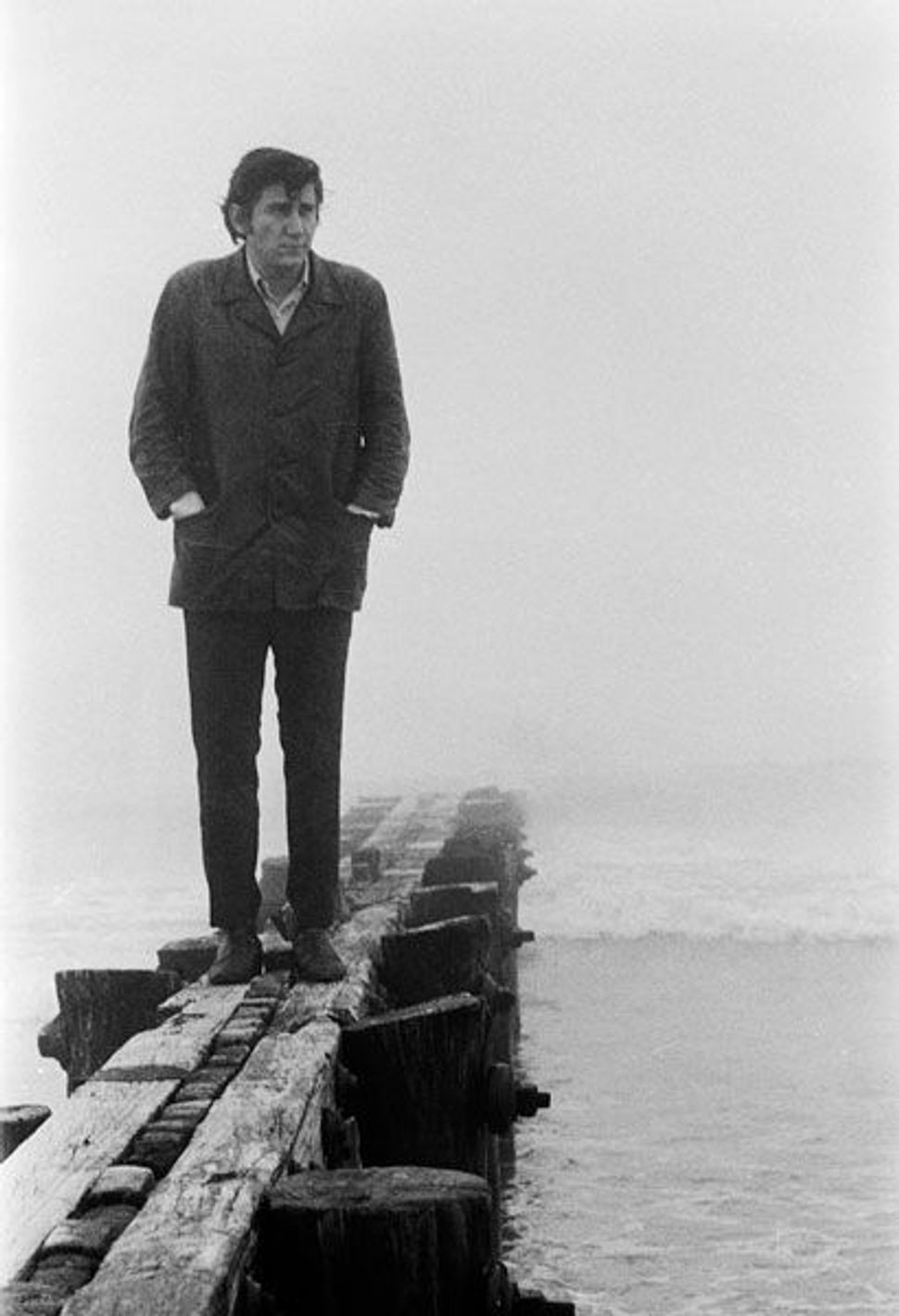 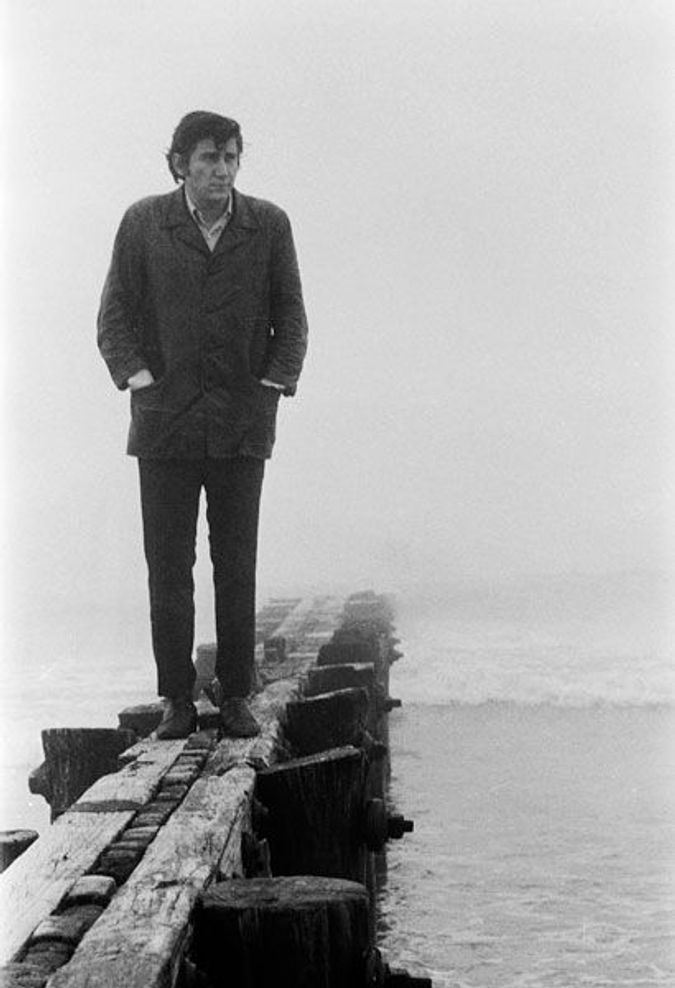 Ochs’s legions of hardcore devotees have long weathered rumors of impending biopics. Among the more enduring was a purported movie starring Sean Penn, who expressed his desire to play the singer-songwriter in his liner notes for “A Toast to Those Who Are Gone,” a 1986 compilation of early-to-mid ‘60s Ochs recordings.

Other teasers included the early-‘80s film “Chords of Fame,” directed by Michael Korelenko and starring Bill Burnett as Ochs, which aired at festivals and on Britain’s Channel 4, but never saw official release. Marc Eliot, who penned the 1978 Ochs biography “Death of a Rebel” produced another unreleased film, “The Farewell Performance of Phil Ochs.” Ochs clips are out there, and many appear in Bowser’s film. But an official, full-length feature movie has never panned out — until now.

Phil Ochs (1940-1976) was born in El Paso, Texas. His father, Jacob Ochs, met his mother, Gertrude, while in medical school at the University of Edinburgh in her native Scotland. The family included Phil, his brother Michael (who later served as Ochs’s manager and archivist) and his sister Sonia (Sonny), who has produced Phil Ochs song nights in the U.S. and Canada since 1983.

Their family was Jewish, but secular. “We knew we were Jews, but nobody went to shul,” said Sonny. “The religiosity of my mother’s shul in Edinburgh was determined by which Rabbi they could get.”

Jacob Ochs’s family came from Mlawa, Poland, and Jacob’s mother later sold homemade bagels on the Lower East Side of New York. “They then had a grocery store in Harlem, before moving to Rockaway in 1914,” Sonny remembered.

As a boy, Ochs found inspiration in movies, especially those featuring American heroes like John Wayne and Gary Cooper. Following two years at the Staunton Military Academy in Virginia, he studied journalism at Ohio State University, where he met peace activist and singer Jim Glover, who exposed him to folk music and progressive politics. After winning Glover’s guitar in a bet that John F. Kennedy would beat Richard Nixon, Ochs began writing songs, landing in Greenwich Village in 1962 in the midst of the burgeoning folk scene. There he became a contemporary of Bob Dylan, under whose shadow he would linger throughout his career.

In 1964 Ochs released “All the News That’s Fit to Sing” on Elektra and by 1966 he played to a sold-out Carnegie Hall, but he never refused appearances at civil rights and workers’ rallies. However, the country was changing, and his brand of activism was finding less favor.

In 1970 Ochs moved to A&M Records, where his music featured fuller sounds and bands. He also started wearing a showy gold-lamé suit and released a farcically-titled “Greatest Hits” album, but these moves brought more ridicule than success. He recorded a 1973 single in Swahili while in Kenya, and was brutally (some say suspiciously) attacked on a Tanzanian beach. Later events included a benefit concert for the people of Chile, a Central Park rally celebrating the end of the Vietnam War, and then, sadly, drunken tirades and a pseudo identity of “John Train,” whom he claimed had killed Phil Ochs. Despite the efforts of friends and family, he took his own life at Sonny’s house on April 9, 1976, at the age of 35.

Sonny linked her brother’s illness to that of her father, which manifested at a younger age, following his war service. “It was pre-Lithium,” she said. “They probably just doped him up.” Jacob Ochs was institutionalized, returning to his family in 1947 a distant man who never gave his son Phil the appreciation he sought.

Bowser’s film winds through Ochs’s chaotically brilliant and tragically flawed life through the words of friends and admirers. Sean Penn tells of his brother Christopher who befriended Vietnam veterans and turned him on to Ochs. “I became a rabid fan, and listened all the time…It led me into filmmaking,” he says. “I think that the first notion I had in being an actor was thinking about playing Phil Ochs in a movie.”

“When you met another Phil Ochs fan, which one sometimes did, you instantly had a rapport, you knew that this guy or gal gets it,” says Christopher Hitchens. Peter Yarrow calls Ochs’s work “prophetic in a way that wasn’t fully understood,” and said that “we are once again going through these same struggles — only it’s worse.”

Sonny hopes the film will aid the continuing relevance of her brother’s songs, which have inspired more than hippies and folkies: Billy Bragg, Pearl Jam, Ani DiFranco and They Might Be Giants are among the musicians who have covered Ochs songs or otherwise paid tribute.

Now, he’s back, hopefully, to get his posthumous due.

Watch the trailer for ‘Phil Ochs: There But For Fortune’: