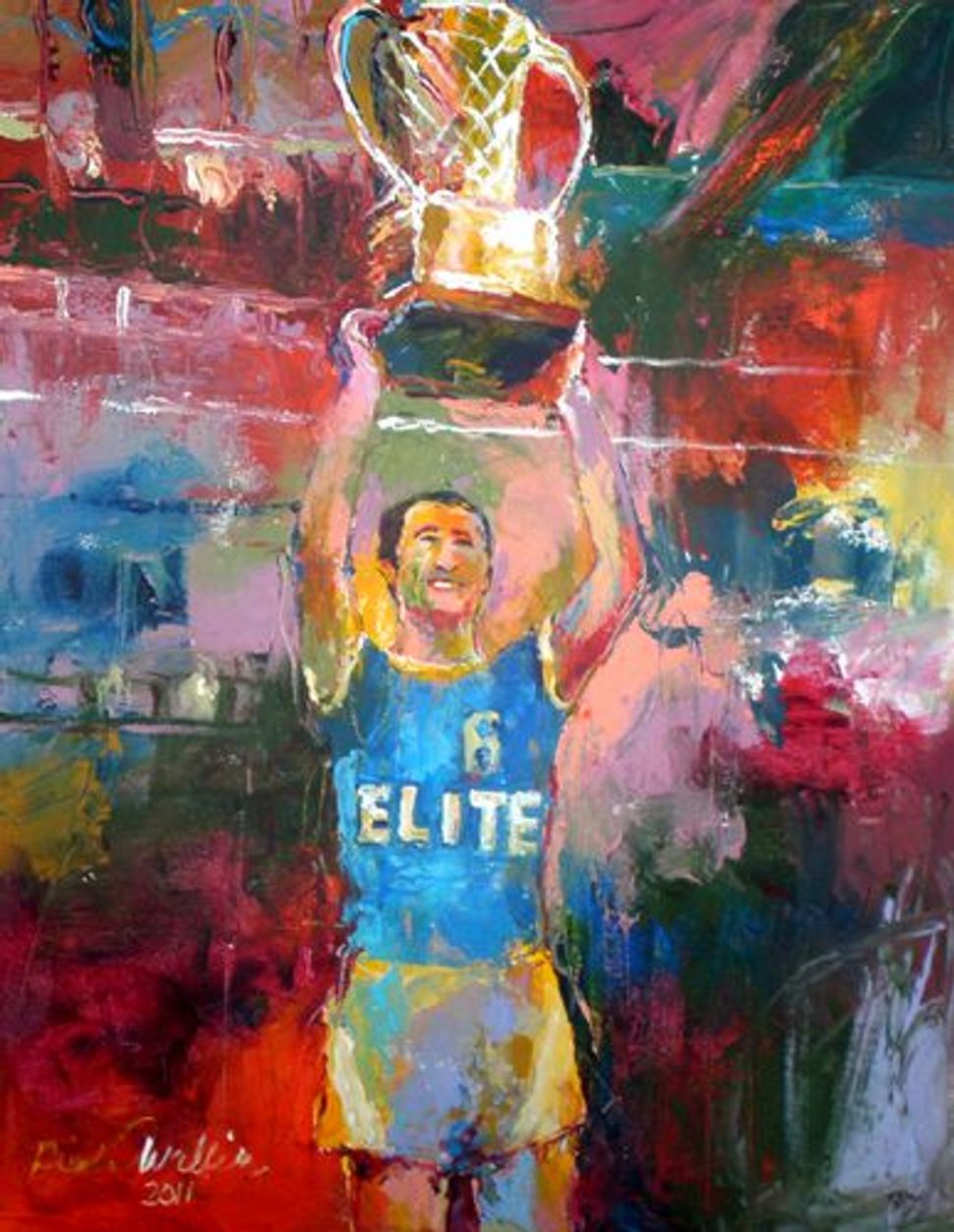 To most Long Islanders, it’s just the Suffolk County JCC. But admirers of Semitic sportspeople also know the Commack building as home of the National Jewish Sports Hall of Fame and Museum. And on March 27, the Hall will get its latest inductee: Tal Brody, “Israel’s first modern-day sports hero… who led his Maccabi Tel Aviv basketball team to the European Cup Championship,” according to a spokesperson.

“Tal Brody continues a long and great tradition of outstanding Jewish basketball players/coaches/executives — Tal, [late All-America basketball star] Alan Seiden & [late Washington Wizards owner] Abe Pollin, all 2011 inductees — are three more Jews who have amazing ‘court sense’ and have added to the reputation of Jews in basketball who have made a big impact on their sport and beyond,” the spokesperson said in an e-mail.

Trenton, N.J.-born Brody was “a University of Illinois All America in 1965” who “joined the Maccabi-Tel Aviv team after leading his United States team to a gold medal in the 1965 Maccabiah Games,” according to JewishSports.net, an Israeli-run site bearing no apparent relation to JewishSports.com, the Hall of Fame’s own site. “In what was then the State of Israel’s greatest international sporting achievement, Brody led his 1977 Maccabi team to the European Cup Championship,” JewishSports.com notes.

The National Jewish Sports Hall of Fame and Museum “is dedicated to honoring Jewish individuals that have distinguished themselves in the field of sports. The objective is to foster Jewish identity through athletics,” its web site proclaims. “In a world where stereotype and prejudice have not yet been eradicated, the Hall of Fame reminds us of heroes of the courts and playing fields, who have emerged from a people not commonly associated with sports.”

The Forward asked the spokesperson what Brody’s induction ceremony would include. “Using Tal Brody as an example, Barry Landers, the MC, will say lets’ [sic] learn more about our next inductee, Tal Brody, and we show a (app. 3 min. video bio) and after that Tal makes his acceptance speech, and we do that for all of the inductees/honorees,” he replied by e-mail.