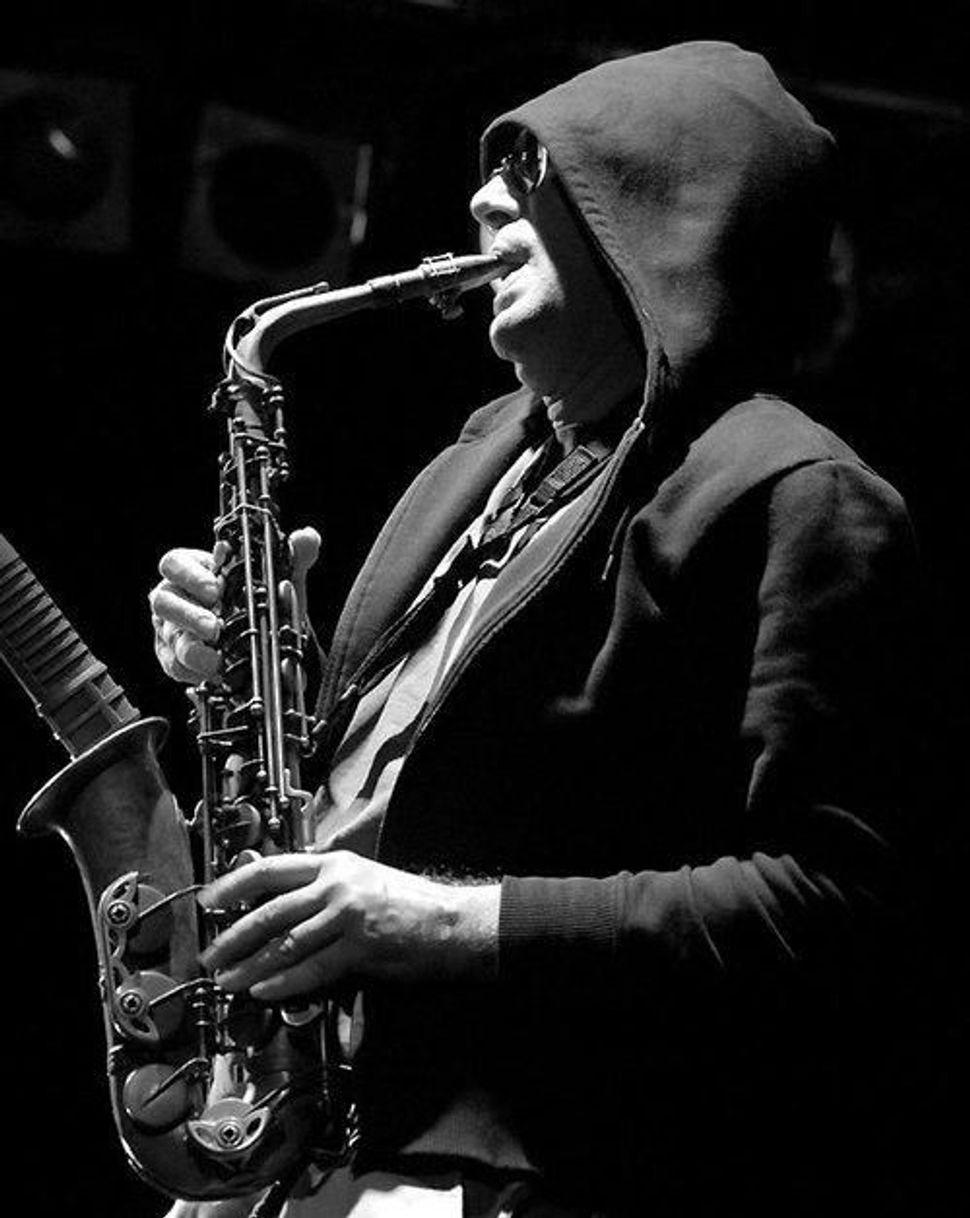 His latest album, “Interzone,” recently released on his own Tzadik Records label, is a reminder that the maestro still remains on the outer edges of experimental music. Zorn is not only proficient in a multiplicity of styles and approaches, but has also attained a whole new level of fluidity of movement within them.

Although the new album lacks any liner notes, Tzadik’s press release dubs the album a “William Burroughs tribute,” pointing to Zorn’s own “file-card composition method,” whereby small segments of scored music are reshuffled, improvised on, and arranged into a larger work. Indeed, each of the album’s three tracks is a ride between seemingly irreconcilable compositional segments, each a few minutes long, transitioning — often jarringly — one into another. There is the thrashing of punk, spooky electronic arrangements, exotic world instruments and free jazz, just to name a few of the music’s many ingredients.

The album’s title is unmistakably a Burroughs word. It’s the name of a collection of his early writings, and a general term Burroughs used to refer to a number of cities across the world where he lived. Author of the controversial book “Naked Lunch,” Burroughs is considered to be one of the founders of the Beat generation, and has also inspired numerous artists on the art punk scene, as the recent film, “A Man Within,” attempts to show. Burroughs is also often credited with a revolutionary advancement of the cut-up technique, which involved, literally, a cut up of a text, visual artwork or audio recording, and then a random reassembling of the parts.

Zorn’s reading of Burroughs’s legacy is both enticing and peculiar. Interzone — a creative mind’s movement across cities and cultures — is much like the cut up method, Zorn seems to imply. Just as Burroughs moved from Tangiers to Paris and from Mexico to London, so too he altered his reality by assembling bits of random texts into longer compositions. Zorn goes on a similar journey on this album, bringing together moods and mindsets that, positioned one next to the other, are both challenging and delightful in their contrasts.

Zorn’s extensive involvement in the world of Jewish identity — manifested mainly through his “Masada Songbook,” wherein he proposed compositional outlines for a new, “radical,” Jewish music — may suggest an interesting parallel with the “Interzone” metaphor. Isn’t the exilic Jewish identity a similar assemblage of influences, ideas, and irreconcilable worlds, picked up along our journey across the Diaspora?

Such readings, of course, are bound to remain subjective. More definitively and objectively, the album is a conceptually and aesthetically important avant-garde work. Each of the brief segments on each track is a masterpiece of its own. That also has a lot to do with the album’s top-notch personnel, which includes the brilliant guitarist and long-time Zorn collaborator Marc Ribot, whose vastly diverse, but consistently virtuosic solos appear throughout the album; John Medeski, keyboard player of the famed Medeski, Martin, and Wood trio; and of course Zorn himself, on saxophone.