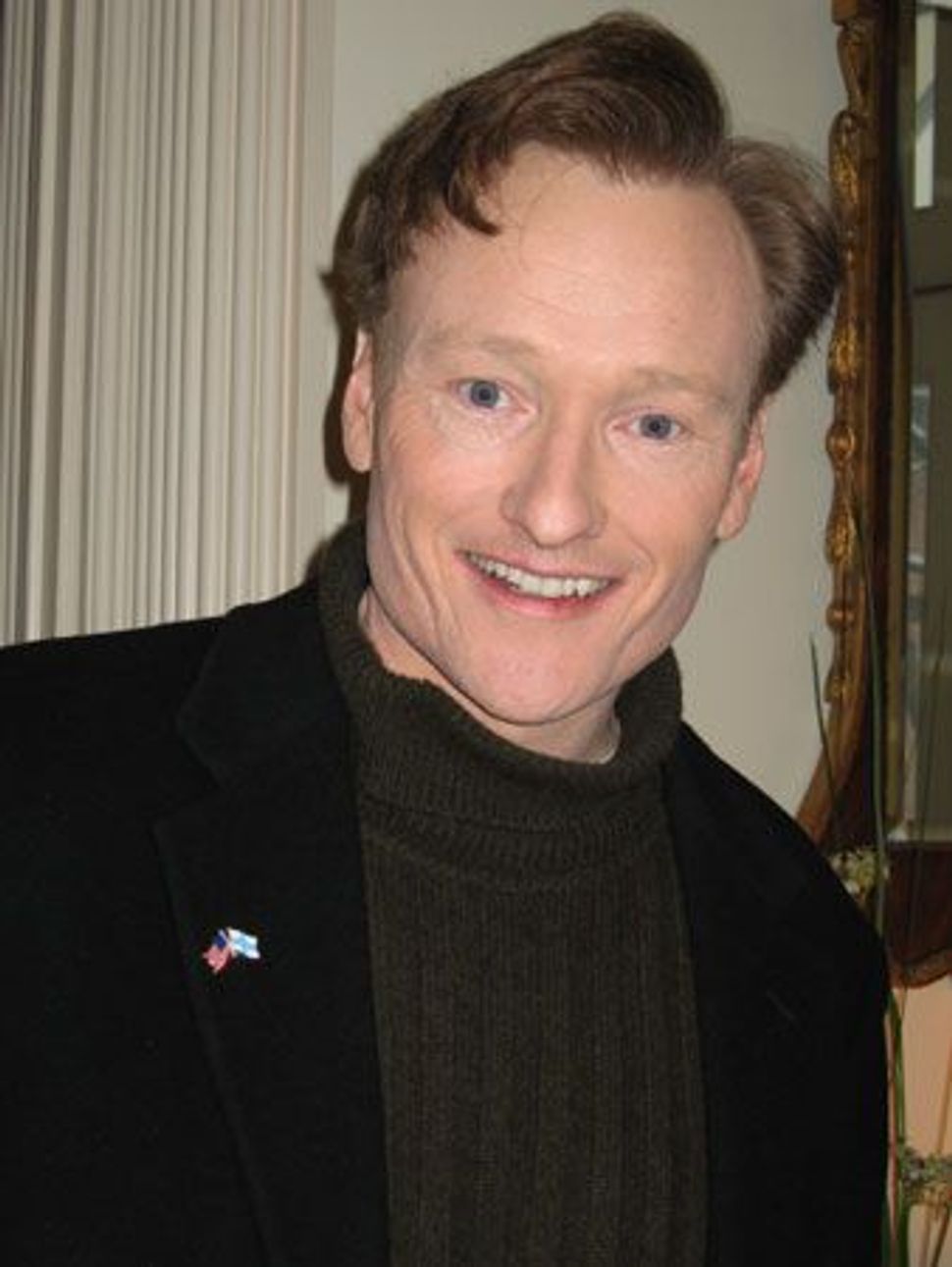 A large part of Conan O’Brien’s charm used to be that he was different — or appeared to be — from other late-night talk-show hosts: less smarmy than Jay, less misanthropic than Dave.

For at least some fans, O’Brien’s departure from “The Tonight Show” last year was disappointing because of how it revealed that he, too, is often just another comedian with a raging ego. Even after a reported NBC payout of $32 million, a successful stand-up tour and a new gig on TBS, O’Brien seems to see himself as some sort of late-night martyr, still frequently referring to the saga on his new show, a year after everyone else stopped caring.

His victim complex is bigger than anyone could have guessed, however — or was, until a New York Times story on Friday about “Conan O’Brien Can’t Stop,” a documentary that premiered yesterday at the South by Southwest Festival in Austin, Texas. Told on camera that an unhappy stop on last year’s comedy tour would soon be over, O’Brien responded, “I know people keep saying that, but that’s what they said to Anne Frank.”

The Holocaust allusion evidently shocked someone standing nearby, the Times reported, leading O’Brien to elaborate unpersuasively, “We both took a stand.”

The Shmooze is a bit surprised, frankly, that the comment didn’t get more attention for being, you know, utterly insane.

In a follow-up item on the Times’ Web site, O’Brien expressed regret for the analogy, sort of.

“Wow. Yeah. I’m not trying to make light of that situation, obviously,” O’Brien said. But he then essentially denies any responsibility for the statement, continuing, “What you’re seeing is almost physics there, there’s a buildup of pressure, and then there’s the release.”

In any case, O’Brien can claim at least a little credit for not trying to stop the documentary, which sounds none too flattering. The Times says it shows the former “Simpsons” writer being rude to his wife and assistant, as well as to Jack McBrayer, who plays the amusing and harmless NBC page Kenneth on “30 Rock.”

As for “The Tonight Show,” O’Brien says, ““I’m ready to move on and never revisit that time again.”