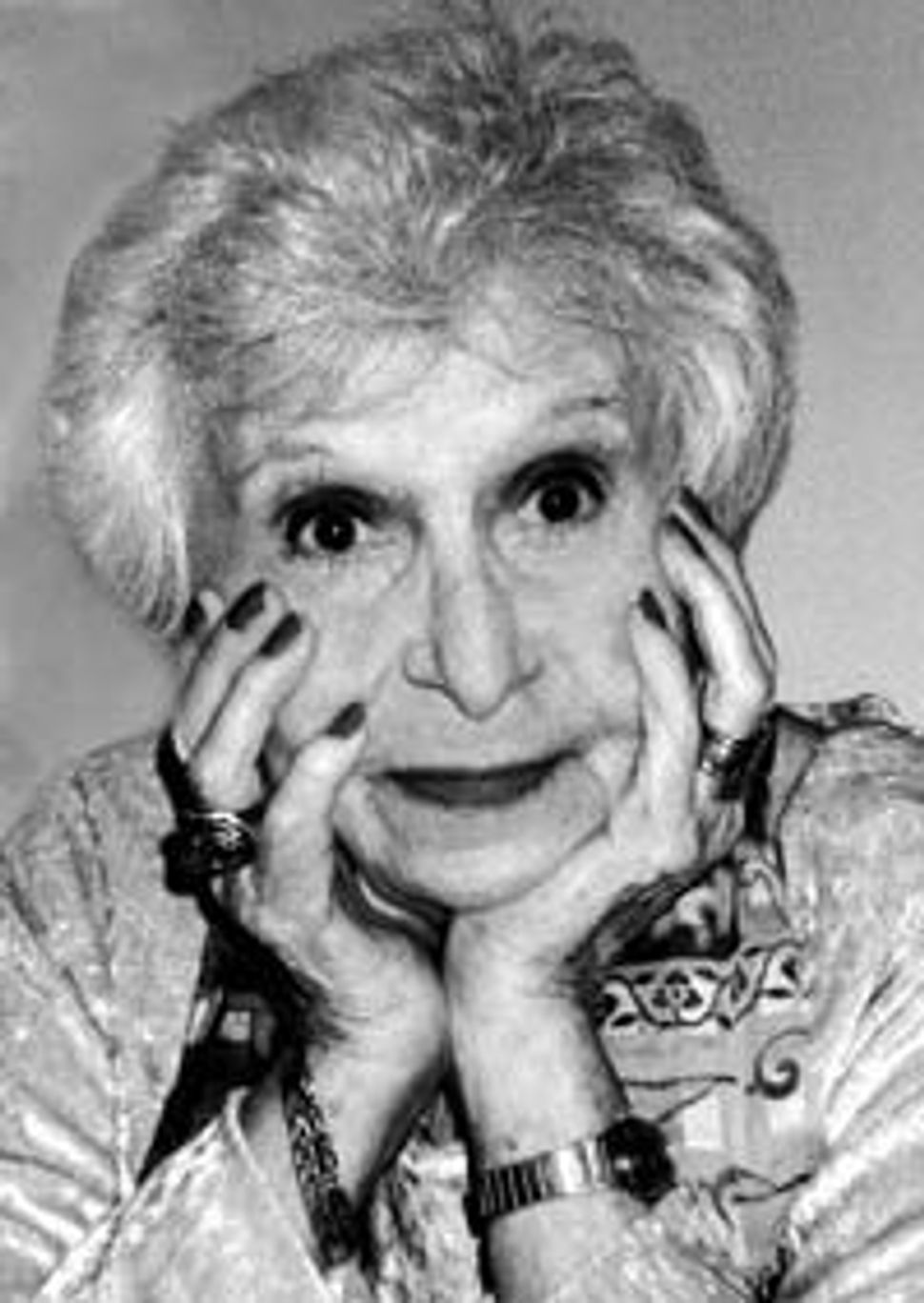 On March 12 the Yiddish theater lost one of its most beloved stars. Shifra Lerer, an Argentine-born actress who toured the world and who later appeared in films by Woody Allen and Sidney Lumet, died in Manhattan at the age of 95. 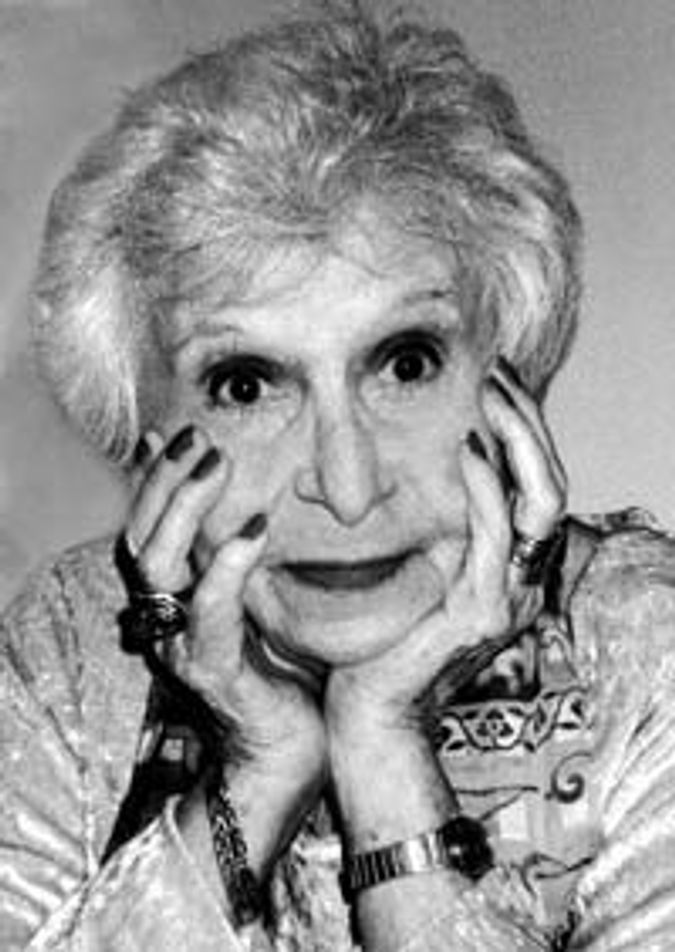 I met Shifra during my first — and last — foray as a Yiddish actor for the Yiddish National Theatre in 1980. Lerer was among the founders of the troupe, which was created to ensure the future of Yiddish theater in America. The experience was a shock for me. I was literally stupefied by the sight of 80-year-old actors screaming curses at 70-year-olds backstage. Their talents were great, but so were their egos and eccentricities. Shifra, by contrast, was an island of calm and rectitude, earning everyone’s respect.

Lerer was born in Argentina, on a Jewish colony in the Pampas, on August 30, 1915. As a child she showed a precocious talent for the theater, and was discovered at age 5 by the famous Yiddish actor Boris Thomashefsky. She soon began acting with other renowned theater figures such as Zigmund Turkov, Samuel Goldenberg and Jacob Ben-Ami, with whom she performed in dramas such as Peretz Hirschbein’s “Green Fields” and H. Leivik’s “The Poet Who Became Blind.”

In 1943, Lerer was engaged by Goldenberg to play at the Parkway Theater in Brooklyn, which brought her to the United States. It wasn’t until 1949, however, when she was accepted as a member of the Hebrew Actors Union, that she secured her place on stage.

In the U.S., Lerer became a performance partner with the actor and singer Ben-Zion Witler, whom she subsequently married. Together, the couple toured North and South America, Europe, South Africa and Israel.

Lerer recalled one particularly moving performance in Tel Aviv, their first in Israel after the Holocaust. No sooner had Witler taken the stage than the people in the auditorium, who had seen him perform before the war, called out the names of their streets and hometowns: “Witler! Krochmalna Street!” “Witler! Smotshe!” “Witler! Lodz!”

In later years, Lerer was a frequent guest star in Argentina and Israel. When she appeared in a Yiddish play about Hannah Senesh in Buenos Aires, she was asked to put on the same drama in Spanish for younger audience members, and so she played the role in both languages. In Buenos Aires she also renewed an old friendship with the actor Michael Michalovic, whom she later married. They performed together for the last time in Leon Kobrin’s “Back to His People,” before Michalovic’s death in 1987.

Lerer also made several forays into film, including roles in Barry Levinson’s “Avalon” (1990), Sidney Lumet’s “A Stranger Among Us” (1992), and Woody Allen’s “Deconstructing Harry” (1997). For the Yiddish world, however, Lerer’s most memorable movie role was as Freydele in Joseph Saiden’s 1950 production of “God, Man and Devil,” based on the play by Jacob Gordin. Though the film was a low budget affair (the actors brought their own costumes and the director brought the sets) the movie remains a classic work of Yiddish cinema.

In my own involvement with Yiddish cultural organizations I witnessed both Lerer’s considerable talents as well as her impeccable professionalism. She was adept at both comedy and drama, in addition to being a skilled singer and dancer. She was also an excellent dramatic reader of Yiddish literature, and her radio programs, which she produced for the Congress for Jewish Culture and the Forward Hour, were invariably informative and well produced.

Two years ago, when Forverts archivist Chana Pollack and I filmed an interview with Lerer, she related her experiences with Maurice Shwartz, Jacob Ben-Ami and Witler, imitating them so precisely that she had us bursting with laughter. A similar scene had transpired six years earlier, when she regaled an audience at a Congress for Jewish Culture coffeehouse with her colorful memories, even bringing out a group of Hasidim from Brooklyn to listen. That evening, as throughout her career, Lerer’s performance didn’t fail to please.