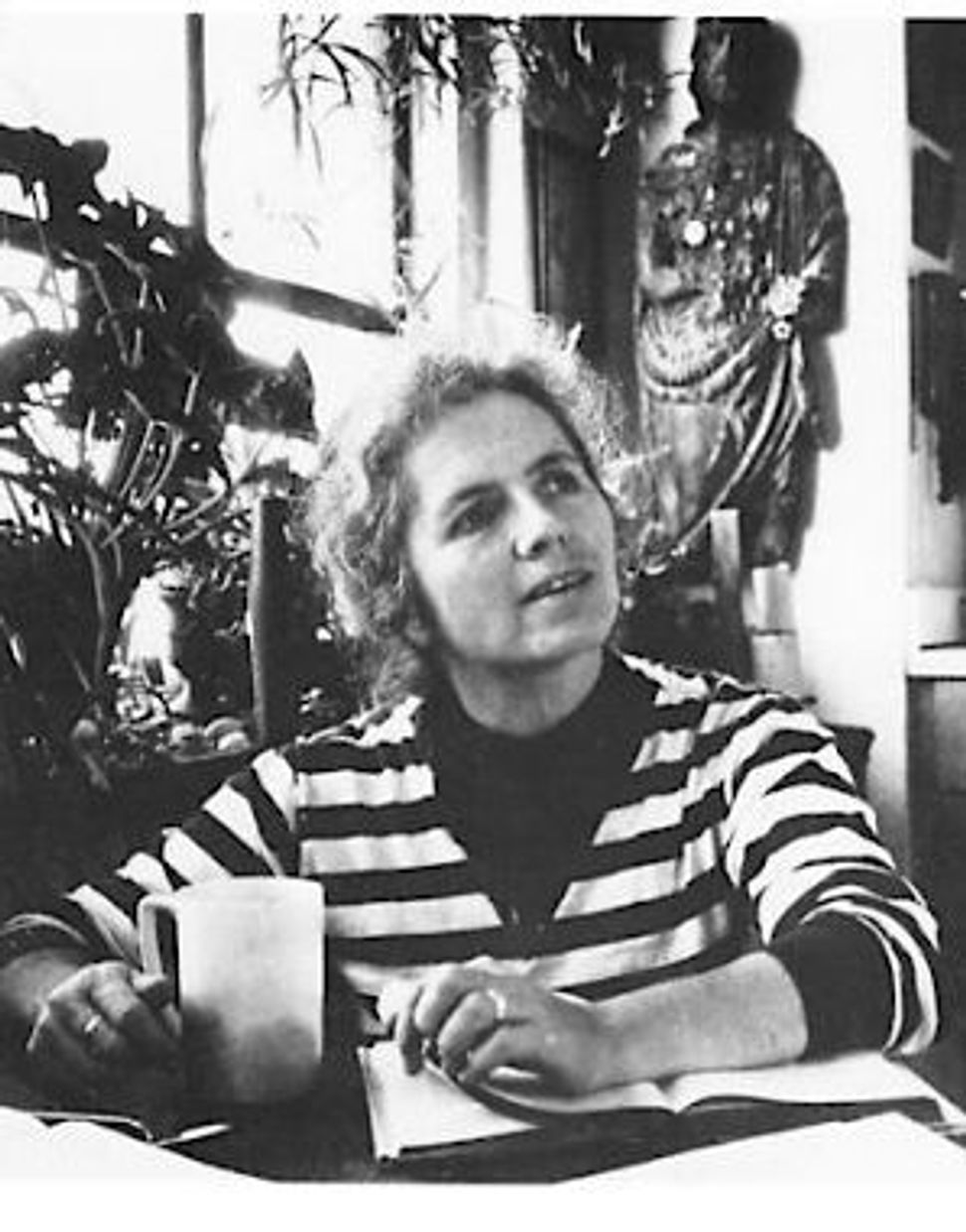 Paley was born in 1922 to Russian parents who were “kid socialists,” as she calls them in one of many interviews interspersed throughout the film. She explains that her parents “were part of a generation of Russians who hoped they could be Russian.” Of course, in Russia at the time, they were seen primarily as Jews, a legacy that Paley examines throughout her oeuvre. Her stories, poems, and essays continually explore questions of identity, and through her writing we witness an author attempting to account for diversity even as she celebrates the mundane but meaningful rituals and experiences that people share: spats between loved ones, the humor of everyday life, the solace and beauty that can be found in art and literature and language.

Paley was strongly influenced by her Eastern European heritage, and especially by the Russian and Yiddish voices that filled her house in the Bronx neighborhood where she grew up. Those who have read her stories and poetry will likely recall the accents, syntax and wordplay that make up Paley’s inimitable voice. The pleasure and satisfaction of hearing her read her own works and talk about her life is part of what makes this documentary so important.

Paley’s writing life was built around the voice — her voice and the voices of others. She made it her job to listen and to record, with all of the lovely care and consistency of one who recognizes the difference between talking and having a conversation. In one particularly revealing interview, Paley explains how she began writing short stories in the mid 1950s when, until then, she had primarily focused on poetry. She and her then-husband, Jess Paley, were at dinner with his aunt who, as Paley describes it, might have thought that the young 30-something couple had some contempt for her. His aunt said, “Listen, you two. I was popular in certain circles, and I wasn’t no thinner then either.” The line resonated with Paley, and a rendition of those words became the opening to her first short story, “Goodbye and Good Luck” (published in 1959 in “The Little Disturbances of Man”). As Paley explains in her typically unassuming manner, “I wasn’t gonna be a writer… I just wrote, that’s all.”

Paley’s life was also defined by her work as a political activist and a teacher. Indeed, as her stories and essays reveal, she saw her activism, her teaching and her writing as a part of the same larger project — a desire to be a witness to and transcriber of the stories and lives around her. Many of the people interviewed for the film met Paley through her anti-war and feminist activism, including her second husband, Robert Nichols, who died several months ago. Those familiar with Paley’s short story collections can trace the influence of politics on her work, and especially the impact of feminism. As Paley explains, “All of a sudden I realized I was writing women’s stories. Those were just the people I knew.”

Paley also developed long lasting relationships with colleagues and students as a teacher at Sarah Lawrence College from 1966 to 1989. After the film screened in January at the New York Jewish Film Festival, when Rivlin asked how many of the audience members knew Paley through Sarah Lawrence, about a third of them raised their hands. One gets the sense that those who knew Paley, even for a very short time, felt a lifelong devotion towards her. As one former student of hers, Barbara Selfridge, explained of her time at Sarah Lawrence, “It took me forever to get that MFA, partly because whenever Grace wasn’t there I dropped out. It was more like stalking Grace than studying with her, in a way…”

With “Grace Paley: Collected Shorts,” Rivlin has managed to capture the brilliance, warmth and humor of a person who continues to have an impact on those who knew her in life and those, like me, who came to her through her writing. The film opens with a quote from Paley’s well-know story, “A Conversation with My Father”: “Everyone, real or invented, deserves the open destiny of life.” With this carefully constructed film, Rivlin has granted Grace Paley’s legacy the very humanity that she sought out and fought for, on behalf of others, throughout her life.