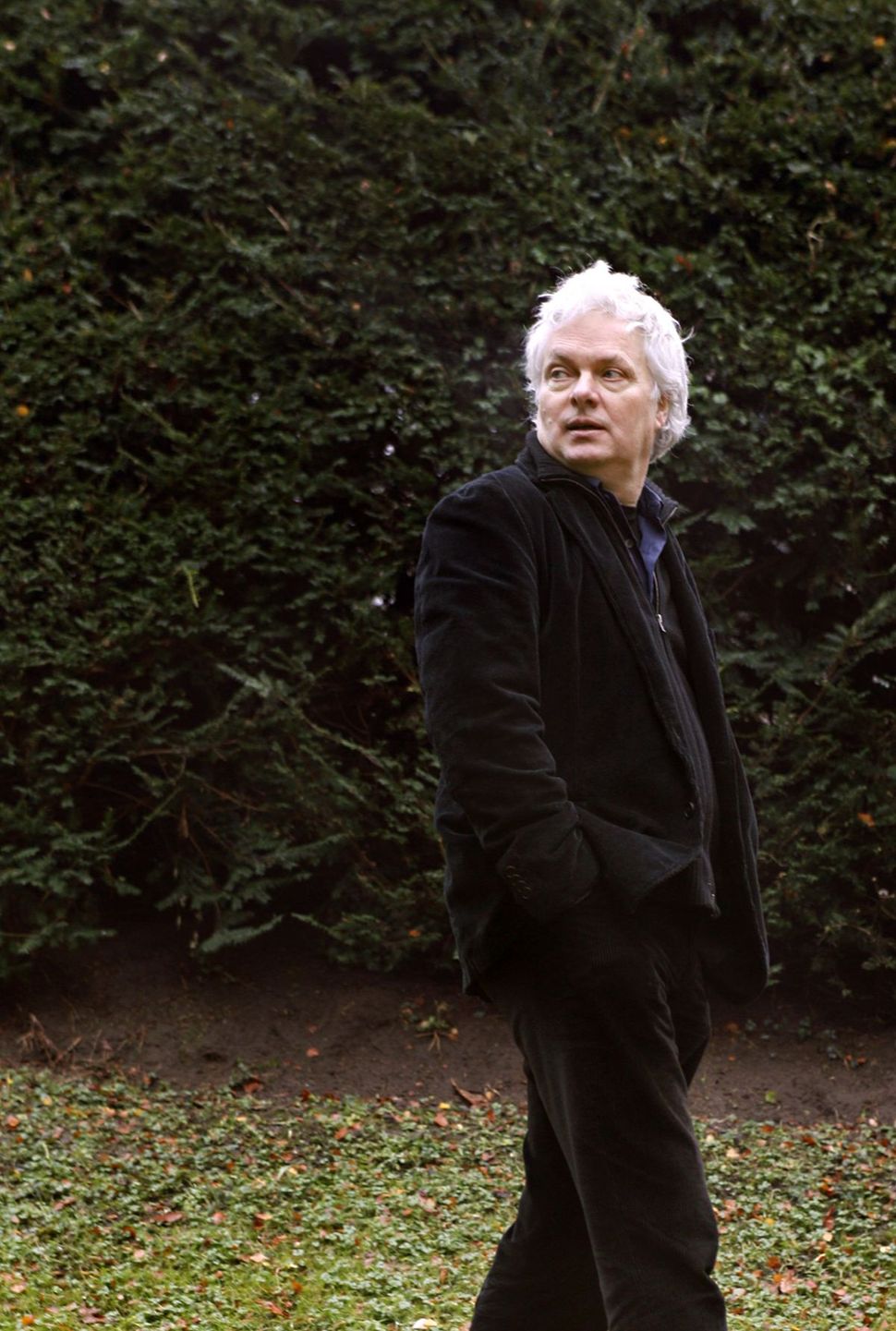 Goebbels (of no relation to the infamous Nazi Minister of Propaganda) is a German composer of substance and subtlety who creates rarified, difficult-to-categorize, large-scale works that embrace or even cross over into other art forms, and which often marshal a distinctive army of collaborators. To call Goebbels’s music eclectic is to state the obvious, but it is also misleading. He believes there are no new sounds to be discovered, and his compositions combine or reference a wide range of sources without being derivative.

Goebbels’s scores are often collage-like, with large swaths appropriated from other works, and they frequently include overlays of literary texts. Many of his works also include sets, acting, robotic machines, lighting effects and other theatrical elements. Although it’s easy to get the feeling that all the ingredients in Goebbels’s works are so much postmodern flotsam and jetsam, everything is carefully chosen and executed. As a composer who came of age among the radical left of 1970s Germany, almost all of his compositions reflects a deconstructionist, post-apocalyptic worldview, and manifest a Brechtian “distancing effect.” That said, this particular presentation was far more concert-like than most of his other presentations seen here recently.

Goebbels’s performances have always featured the finest players, and in this case he had the luxury of casting the spectacular musicians of both the new music outfit London Sinfonietta and the period music group Orchestra of the Age of Enlightenment (OAE), which includes ancient instruments like the theorbo. Some of the music incorporated in “Wars I Have Seen” is from 17th-century composer Matthew Locke’s incidental music for Shakespeare’s “The Tempest,” because of Stein’s frequent mention of Shakespeare in her book. The artistic parallel is dubious, but it does allow one to admire Locke’s music sensitively performed by the OAE. Throughout the work, each of the female English musicians read excerpts from Stein, beginning with her observation that one eats a great deal of honey in wartime, since sugar is the first thing to disappear. Stein’s words and descriptions have resonance precisely because they are so mundane and matter-of-fact.

The work ended with trumpeter Alistair Mackie playing an imaginatively discursive solo, accompanied by a rich hum created by the OAE players rubbing Japanese singing bowls (“rin” — not, as the program notes have it, “chime tones” played on “antique cymbals”). As the first composer to have used singing bowls in concert back in the 1980s, I was delighted to see yet another colleague using this musical idea. This final section was sonic “honey” as opposed to the “sugar” of the ancient strings.

The first part of the concert was a suite from an earlier Goebbels work, “Surrogate Cities,” which included samples of cantors recorded in the 1920s. (Goebbels also used these same recordings in his “Black on White,” which was performed at the 2001 Lincoln Center Festival.) But this is one of the few appropriations that were not handled well. Cantorial singing is difficult to treat as an abstract concept, because it is an artifact of worship and spiritual communion. To have fragments of these prayers wrenched from their contexts seemed to me a kind of violence, although I’m sure Goebbels had the best intentions. In the case of one cantor, isolating and repeating a grandiloquent flourish conveyed its self-aggrandizing pomposity, and succeeded, albeit uncomfortably, as a criticism of such cantorial showboating — a trait encountered in any artistic tradition. But the fragments from all the others seemed to be slices of private ecstatic moments without the necessary background.

The final, extended fragment was a beautifully inward prayer sung in falsetto, around which Goebbels embroidered an aureole of string sounds. Clearly he meant this atypical veering towards emotional manipulation as a gesture of love. The conception was highly reminiscent of “Jesus’ Blood Never Failed Me Yet,” Gavin Bryar’s composition in which strings slowly gather to support the frail voice of a homeless man singing the hymn of that name. While hymnody is the foundation of harmony in Western classical music, cantorial music has little to do with the classical tradition — or harmony, for that matter. And the singing of these cantors is anything but frail. So the strings, rather than caressing the singing, seemed to smother it with an alien rite at odds with the cantors’ intentions and the identity of the music. Imagine how inappropriate it would be if a Native American chant were accompanied by an oompah brass band.

Nonetheless, faulty individual elements don’t take away from Goebbels’s achievement. He remains a fascinating artist whose works I continue to follow with pleasure and interest.

Lincoln Center’s new Tully Scope Festival is a model of what a festival should be: an assortment of truly adventurous offerings, all performed by superb musicians for only $20 a seat and including a reception to meet the artists afterwards and gush or argue about what has just been presented. All the concerts were given in the newly renovated Alice Tully Hall, and were partially chosen to demonstrate the extraordinary capabilities of the hall itself. The festival opened with Morton Feldman’s solo percussion work “King of Denmark,” a composition of utmost quiet, and the hall carried the sounds with pristine clarity and presence. Perhaps the greatest test was two spectacular concerts by Les Percussions de Strasbourg, playing works by Iannis Xenakis and Gérard Grisey, which placed the performers on isolated islands surrounding the audience. No acoustic performance in a concert hall could have been louder, yet the hall miraculously kept the overwhelming sounds clear and distinct. The renovated Alice Tully Hall is proving to be something truly worth celebrating.

Watch the London Sinfonietta and Orchestra of the Age of Enlightenment perform ‘Songs of Wars I Have Seen’: