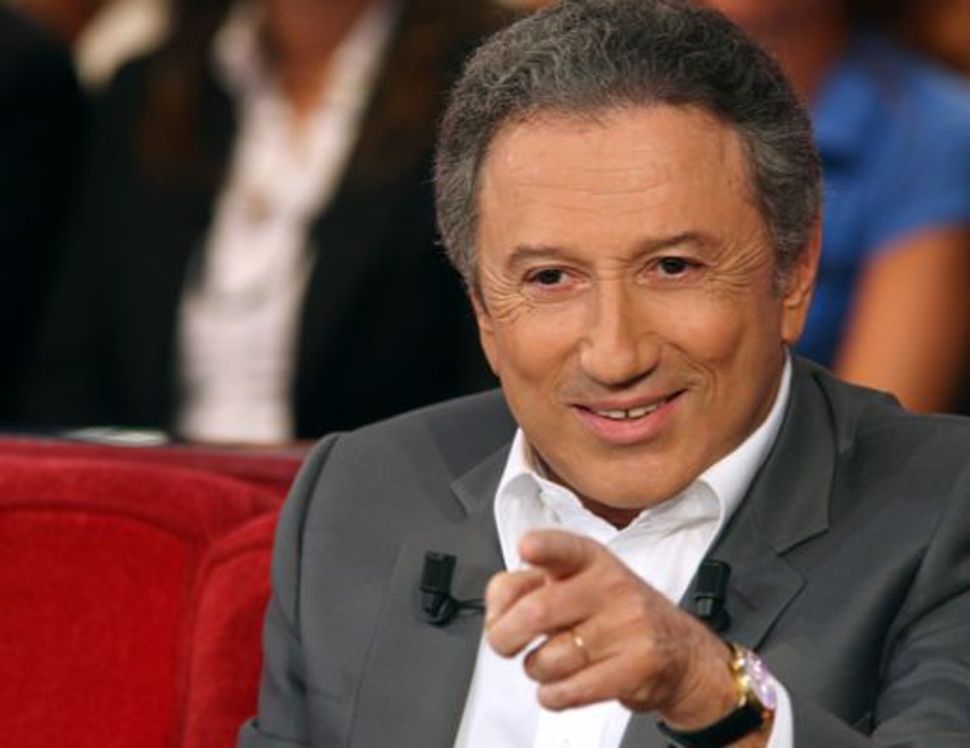 For decades, a French Jewish host of chat show and variety programs on radio and television has been famous locally for filling a Johnny Carson/Ed Sullivan role, but with the likeability of a Mike Douglas/Merv Griffin. At 68, Michel Drucker, born in Normandy of Romanian and Austrian ancestry, has been looking back at his Jewish family roots, which may be the source of his unique warmth.

After a 2007 memoir co-authored by Jean-François Kervéan, “What are We Going to Do With You?” (Mais qu’est-ce qu’on va faire de toi?) from Les Éditions Robert Laffont, he has produced, again with Kervéan and from Laffont, “Remind Me” (Rappelle-moi), which appeared at the end of October, 2010. Both books are loosely anecdotal narratives which alternate name-dropping with highly human, empathetic tributes to Drucker’s father, Abraham Drucker, and his mother, Lola Schafler.

In 1942 the elder Drucker, a country doctor, was denounced to the authorities and imprisoned at Royallieu deportation camp at Compiègne, after which he was sent to Drancy Internment Camp. There he survived by practicing medicine and outwitting jailers who did everything to maximize prisoner fatalities.

“Remind Me” also pays homage to Drucker’s brother Jean, a French television mogul who died in 2003 of an asthma attack which led to cardiac arrest. Drucker asserts that his parents’ silence about the Holocaust doubtless aggravated the following generations’ “inability to grab happiness, or to breathe.”

Drucker has on occasion displayed uncommon independence, as in 1978, when Simone Signoret asked him for — and was given — air time to protest the French soccer team’s scheduled visit to Argentina, then under a right-wing dictatorship. Singer Jean Ferrat, another counter-culture guest, would come onto his show to sing songs about how awful French television was becoming.

Always impressed by the opinions of his mother, a highly critical balebuste, Drucker informed one TV guest, the French Jewish editor Jean Daniel: “My mother worshiped you as an intellectual and as a man.” Lola Drucker admired Daniel’s pro-Israel stance, and would fully inform Michel of her opinions during weekly dinners consisting of takeouts from Goldenberg’s Restaurant, a once-famed center for Parisian fressing.

An admirer of politician and Auschwitz survivor Simone Veil, Drucker nonetheless chuckles in “Remind Me” when the German-born couturier Karl Lagerfeld, while measuring Veil for a Chanel dress for her induction into the Académie Française, finds her excessively reserved. Lagerfeld discreetly said nothing at the time, trying not to attract attention to himself, but later told Drucker: “I almost blurted out, ‘I assure you, Madame, that the Holocaust was not my idea.’”